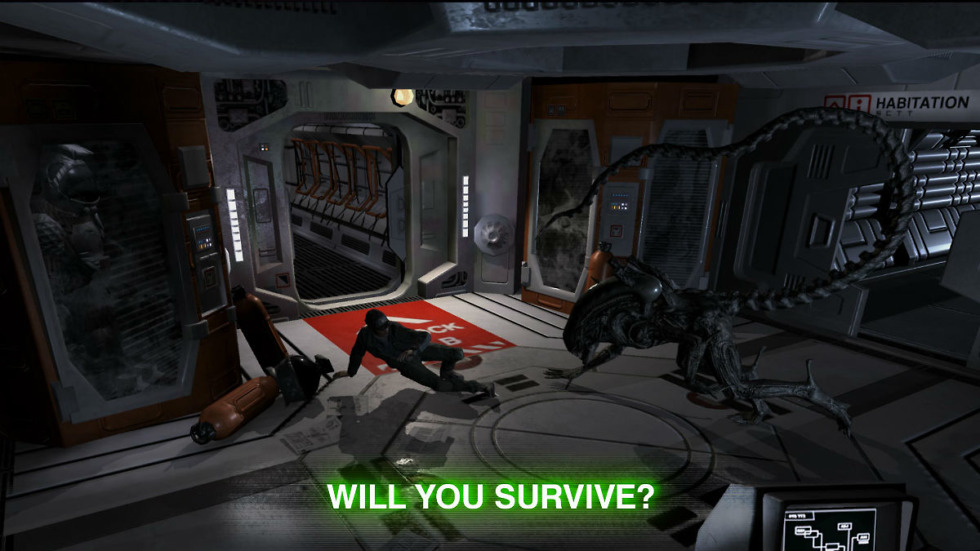 Major news for Xenomorph fans this week, as Alien: Blackout details have been announced by its developer. Somewhat sadly, the game is not for consoles or PC, but instead, is a mobile game. Given I write about mobile games, I suppose I’m a little excited.

Now up for pre-registration on Google Play, Blackout follows the same Amanda Ripley from Alien: Isolation, Ellen Ripley’s daughter. Instead of the first person experience that made Isolation so terrifying, Blackout opts for a different approach, having the player remotely guide Amanda through emergency controls aboard a damaged space station.

According to the description, “Survive seven fear-inducing levels by remotely guiding Amanda Ripley’s crew through increasingly challenging tasks using only the station’s emergency systems. The uncertainty and unpredictability of both the alien and her crew can impose total defeat for Amanda and the entire station.”

We don’t have a firm release date yet, but the iTunes store lists the app’s price at $4.99. Given this is an Alien title, I will be instantly buying this and reporting my findings to you all as soon as it’s released.

Update: Title of this post originally called Blackout a sequel to Isolation. It’s not a sequel. Instead, it’s the same Amanda Ripley, just a different storyline entirely. Sorry for any confusion.