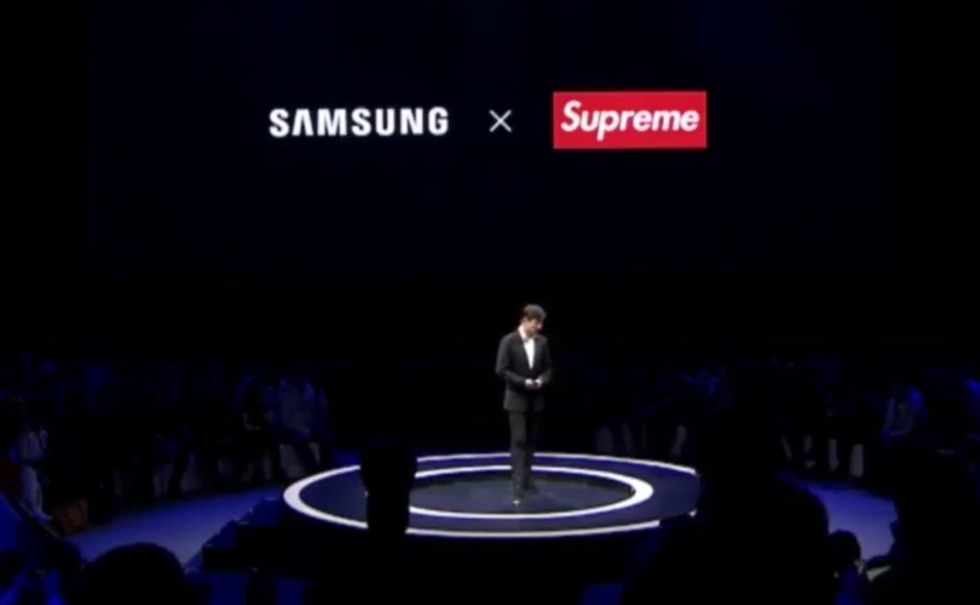 UPDATE DECEMBER 12: Samsung now says that it is re-evaluating its deal with fake Supreme.

Recently, Samsung Electronics announced we will collaborate with Supreme Italia in China at the launch event of Galaxy A8s. We are currently re-evaluating this cooperation, and we deeply regret the inconvenience caused.

Samsung was doing its song and dance in China today at an event where they announced the Galaxy A8s, their first phone equipped with an Infinity-O display, only to pause midway to announce a new partnership. This new partnership is, um, hilariously bad and I’m not sure they even get how bad it is.

The image above should tell you the partnership. Yes, Samsung claimed to be partnering with iconic streetwear brand Supreme. They invited a couple of gentlemen on stage to talk about the deal, including plans for Supreme to enter China next year with a big flagship store. The thing is, those dudes don’t work for Supreme and Supreme has no presence in China, nor do they plan to head there next year.

Samsung appears to have been duped by a fake Supreme company or just doesn’t care that anyone who pays attention to fashion will mock them for decades to come over this partnership.

What’s the deal? The real Supreme is a US-based company with the logo you are seeing above. They partner with companies often (Louis Vuitton, Jordan Brand) to sell goods to rich hypebeast kids and celebrities too old to be wearing Supreme, but they are without a doubt a big deal in fashion. They started as a skate company and are now so much more than that.

The Supreme that Samsung is partnering with is actually called Supreme Italia, which is a fake Supreme brand that is able to sell fake Supreme gear, thanks to some weird legal loophole or decision in Italy. They have no affiliation with the real Supreme. They are counterfeiters. I cannot believe that Samsung would want to partner with them.