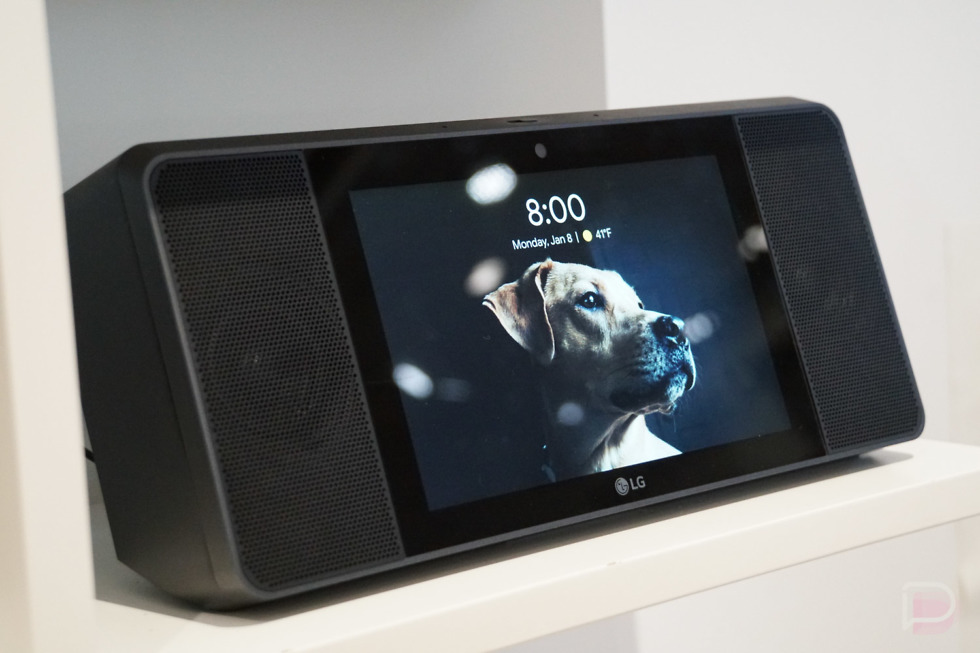 LG first showed off its upcoming Google Assistant-powered Smart Display device back at CES in January along with JBL and Lenovo, two companies who have been selling their own Smart Displays for months. LG’s almost arrived months and months ago, but today, the company finally made the device officially available. It’s called the – this is not a joke – LG XBOOM AI ThinQ WK9. That’s the name of LG’s Smart Display.

The device will cost around $300 on most days, but for the holidays, LG appears to be discounting it to $200. As of right now, no one really has it for sale, outside of a listing on LG’s site, as well as on B&H Photo’s store.

What should you know about the XBOOM AI ThinQ WK9? It has an 8-inch HD touch screen, 2 channel speaker output at 20W, 5MP front camera for video calls, WiFi, and Bluetooth. It comes in all-black, looking like a big black box of blandness (which could be good in most homes!).

The 20W speakers with Meridian technology are “the most powerful offered in a smart speaker,” according to LG. Nice.