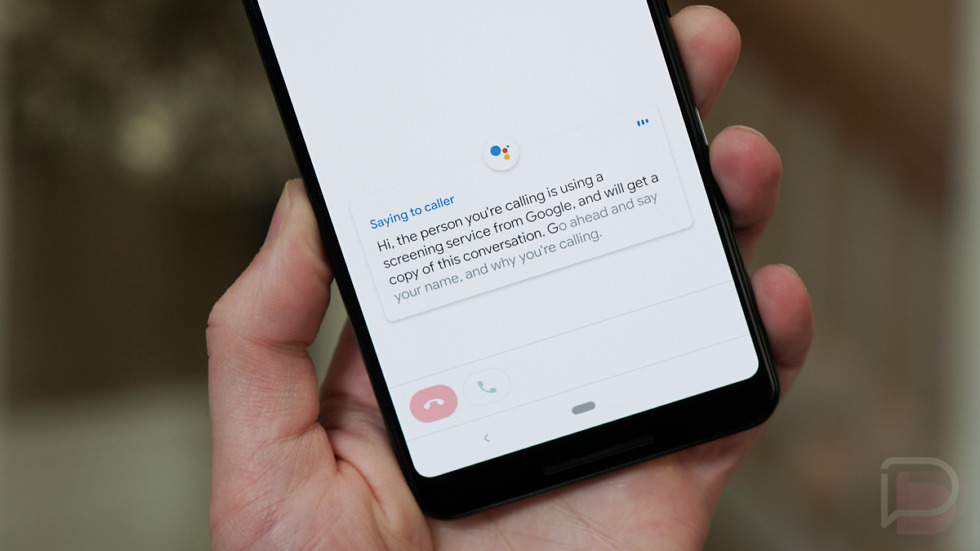 The Call Screen feature that Google included with the Pixel 3 and Pixel 3 XL is one of my favorite new software features. It’s built almost as a counter-troll for the robot troll callers that have flooded all of our phones in recent years. It’ a way to fight back against the never-ending spam that rings up my phone multiple times per day. It has one issue that needs to be addressed pretty quickly, though.

We need a way to view transcripts once a call has been completed. And, like, this needs to be here right now.

You see, when someone calls your Pixel 3 and you send them to Call Screen, the Google Assistant starts talking to them to let all parties know that you have screened their ass. I cannot explain the level of sinister joy this brings to me. The caller gets to try and explain who they are and what they want, which allows you to decide how long you’d like to further mess with them, answer the call, or eventually hangup to let them know that you’d rather poke your eye with a needle than chat.

The problem is that once you do hangup, the record of that call mostly disappears.  If you don’t attempt to screenshot the Call Screen, all record of what the caller said to you is gone. Sure, you can view the missed call in your recent call log, but none of the conversation that Google had with the person can be seen again. While I’m sure some appreciate the fact that those conversations disappear from a privacy standpoint, losing all of that information, which could include specific information you may need should you want to call them back, isn’t great. 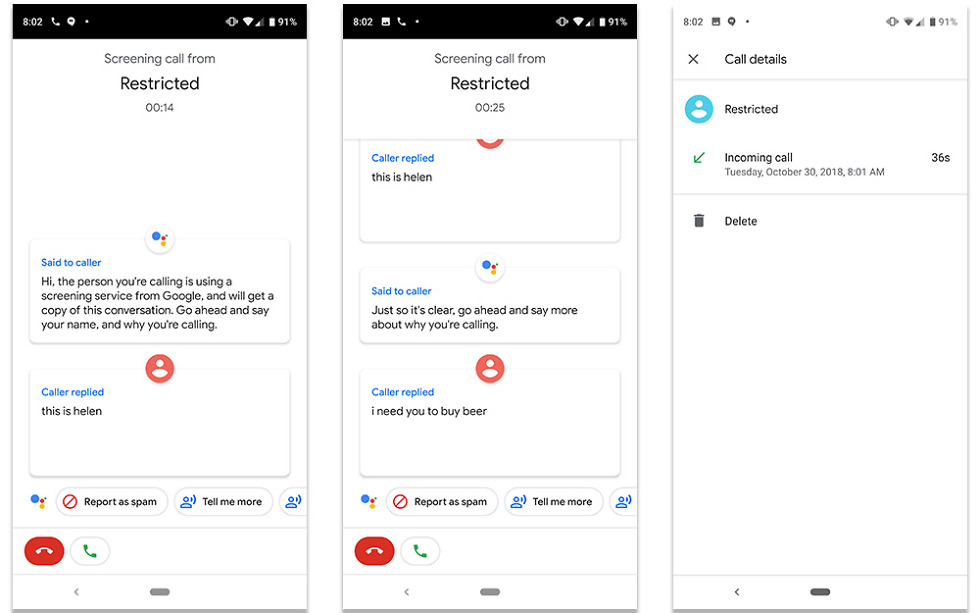 So, three things here: 1) Google needs to save transcripts to your phone (which they say “may” be coming soon); 2) Call Screen needs a “Send to voicemail” option; or 3) Give us an option to save individual calls.

Because Call Screen acts in a way like a real-time voicemail, people say their name, give a callback number and stated reason for calling you. That’s important info that I don’t necessarily want lost, especially if that record disappears and I have no way of retrieving it later. And if Google doesn’t want to automatically save that information anywhere over privacy concerns (and possibly because most calls you don’t need a transcript of), then we really do need a “Send to voicemail” option to allow callers to leave information that can be retrieved. And if none of that works for Google, then add a button at the bottom (or prompt as the call ends) that says, “Screenshot or save call,” so that we can at least do it on an individual basis.

At this point, Call Screen is great and I’ll probably use it non-stop going forward with a giant grin on my face, but there have already been numerous times where I’d like to have been able to retrieve a record of one.