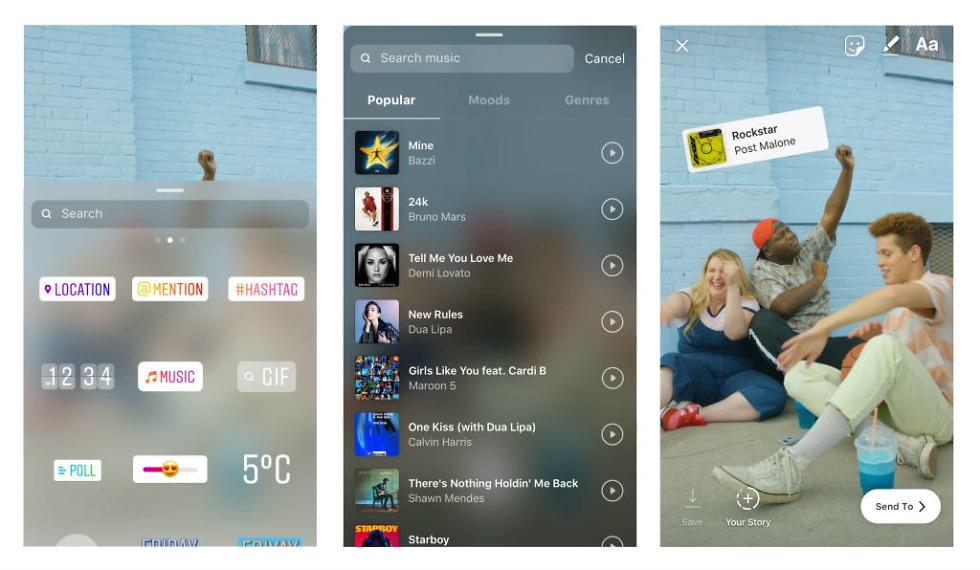 Instagram is rolling out the ability to add a soundtrack to your Stories and we’re not talking about some corny music from Apple’s GarageBand assortment of Rock or Hip Hop loops. These are actual songs that you’ve probably heard on the radio, such as work from Bruno Mars, Demi Lovato, Maroon 5, and The Weeknd. No word if Cannibal Corpse or Decapitated is available, but I’ll let you know.

The way you’ll add music is pretty simple, but if you’re on iOS, it’s even more simple. For Android, you’ll record your Story, then upload it. After that, you’ll tap to add a Sticker. In that section, you’ll see a new Music option, and it’s from there that you can add whatever music you want.

Whenever someone watches a Story with a new Music sticker, they’ll see the album artwork and track information of the music that’s playing. On iOS, you can select the music before recording your Story and Instagram says that feature is coming later for Android.

Instagram says they’re adding new music to the service daily, so like I said, I’ll keep you posted on the Death Metal selection.