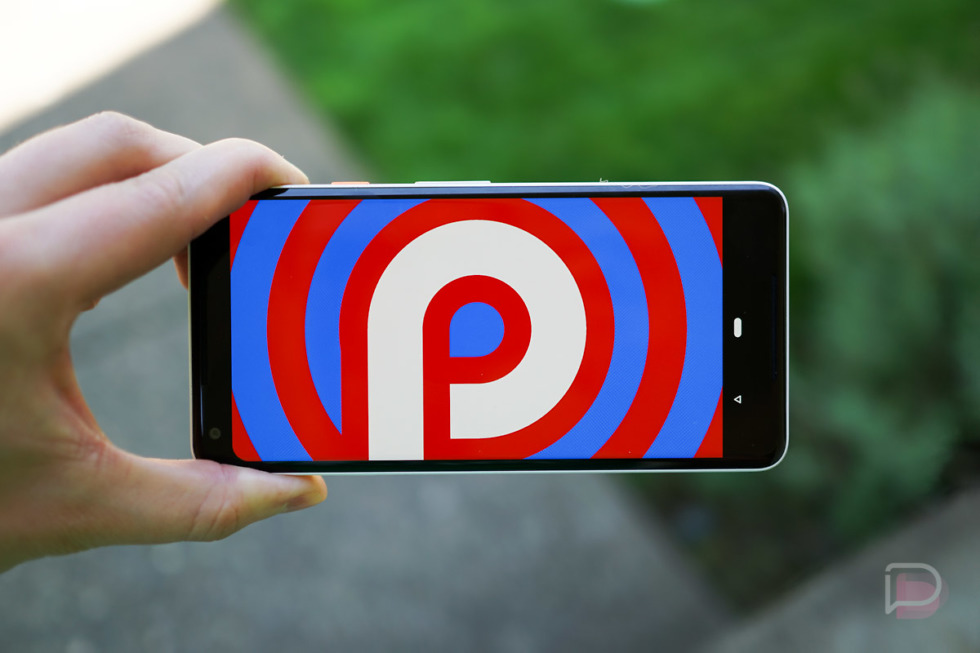 When Google released the initial Android P build in March, I skipped flashing it onto my Pixel because I was too busy working with other phones at the time. Kellen being the adb flash master he is, he got it up and running on his Pixel and provided a video showcasing all the new Android P sweetness.

Now that the Android Beta for Android P has been released, I’ve entered my Pixel 2 XL into the beta and I’d like to share 5 of my favorite things so far. 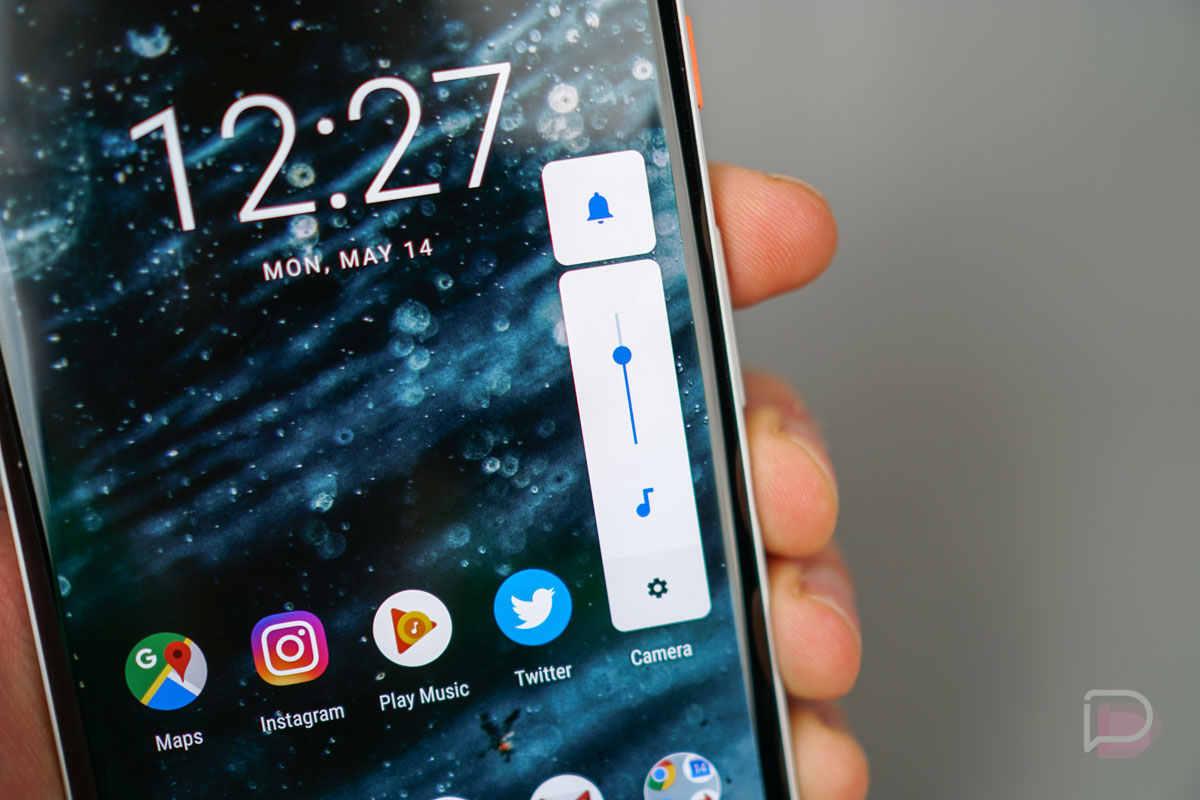 This may not seem like a major change, but it is a nice tweak that Google has done with the way media volume is controlled when running Android P. Before this change, whenever you’d press up or down on your volume buttons, the default control is over the ringer’s volume. After the update, the default is for the media’s volume. This makes much more sense when you’re consuming videos or games on your phone.

Before the update, let’s say you are about to start a video and you know it may be loud. You go to press the volume down button but it’s for the ringer, meaning the video is going to blast in the background. Now, whenever you tap on the volume up or down buttons, it’s always defaulting to the media’s volume. Google has gone ahead and placed a separate button for controlling what you want to do with the ringer. This change is subtle, yet insanely clutch. 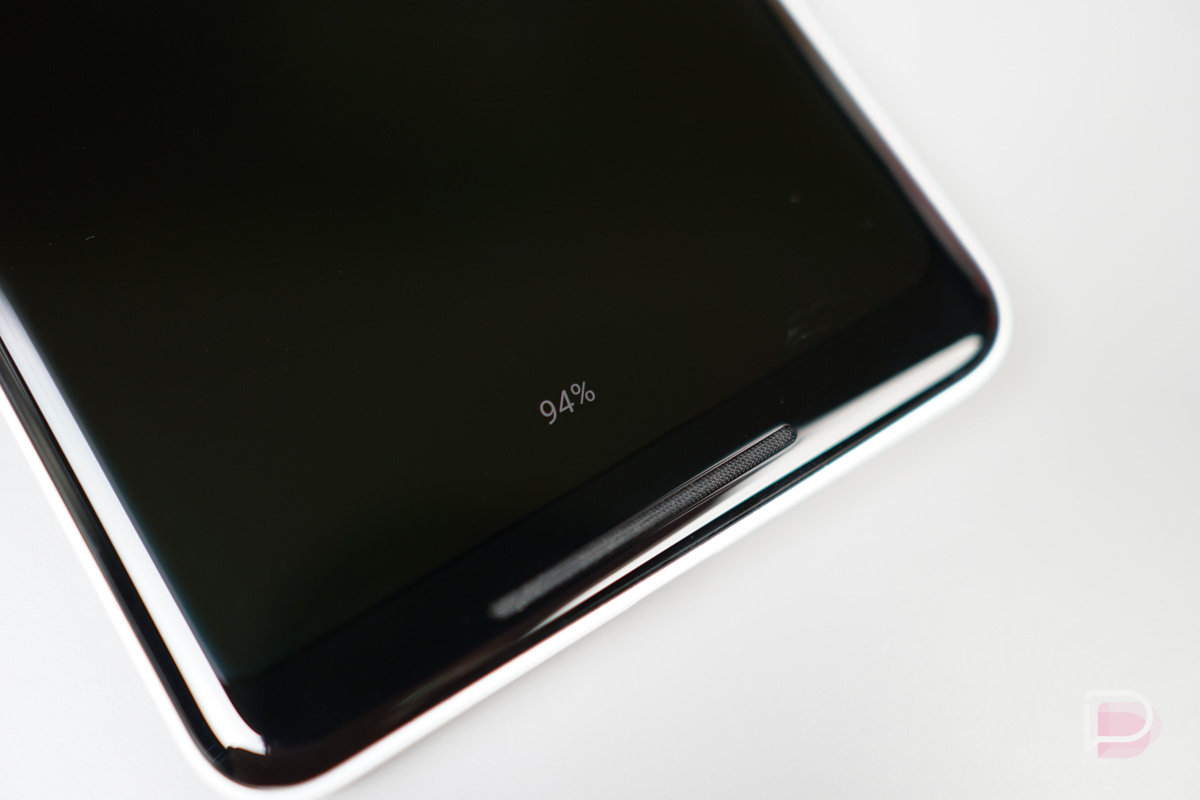 When running Android P, there’s a constant icon for battery status down at the bottom. With it, instead of having to turn on your display to see what your battery life is at, just give the Ambient Display a glance and you can see that information. Like I said, it’s a small change, but one that I’ve been enjoying. 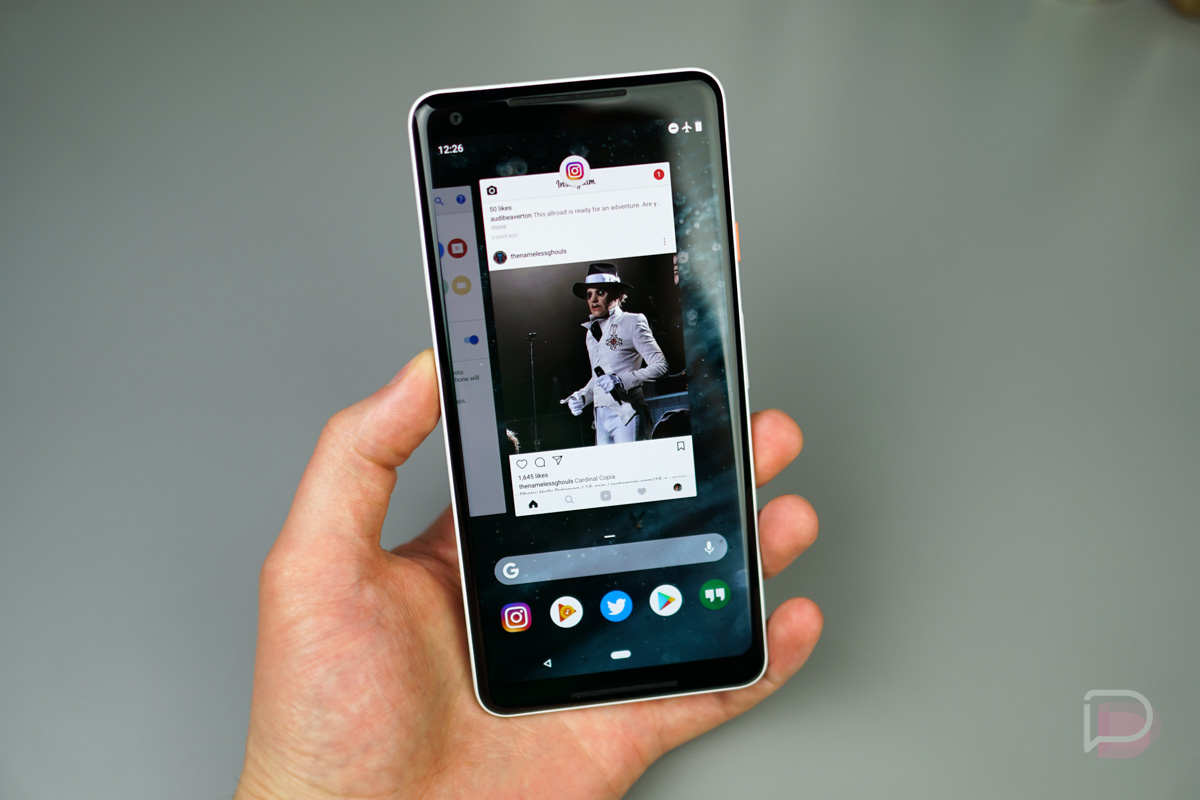 I’ve seen a lot of fuss on the web about Google’s take on gesture navigation, and frankly, I find it unwarranted at this time. Let me preface this by clarifying for everyone that this is a beta and things could be finicky, but for the most part, I think the gesture for the home screen on Android P works fine.

When enabled on the Pixel 2 XL (some phones running the beta can’t disable it via the Settings menu), Android P removes the Recent Apps and Back buttons when on the home screen, swapping them with a single pill-shaped button at the bottom of the phone. From here, you can swipe up into your recent apps and suggestions, then give it another swipe to see your app drawer. Additionally, when in the recent apps portion after a single swipe, you can scrub the pill button to the right to browse all of the apps that are currently cached in your phone’s memory.

I find this UI to be rather intuitive, and while I agree that the motion can seem to be a bit clunky, I think Google can smoothen it up before Android P’s official launch later this year. Considering this is a major change for Android and the way you navigate the system, it’s normal that we’d see a bit of backlash from the Android purest among us. Don’t worry, folks, change can be good.

To check this gesture navigation in action, be sure to watch Kellen’s latest overview of the Android P beta build here. 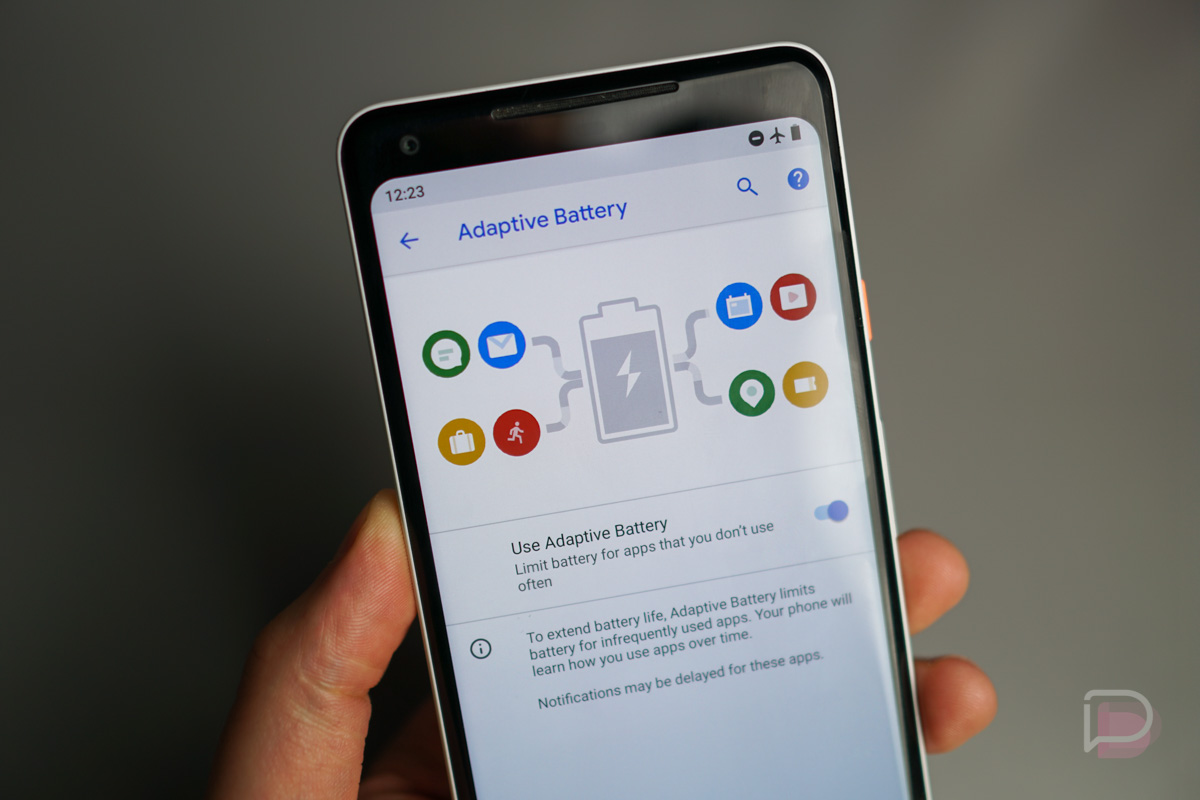 On stage at I/O, Google mentioned a new feature for Android P called Adaptive Battery. With it, the phone can determine how you’re using apps (and not using apps), then properly manage battery life according to the actual stats.

As it says in the Settings menu under the Battery section, “To extend battery life, Adaptive Battery limits battery for infrequently used apps. Your phone will learn how you use apps over time.” To me, this is the type of smarts we need to focus on more when it comes to showcasing what’s new in Android versions. While we’re still waiting for some miracle breakthrough in battery tech, Google is continually plugging away on the software side to maximize performance from our phone batteries. As a user, this is greatly appreciated.

I’ll admit, I’ve only been using Android P with Adaptive Battery for about a week now, so I can’t say for sure if I’m seeing massive battery life improvements, but this is still a beta and I’ll report back once I have a better idea at how this feature has affected the phone. 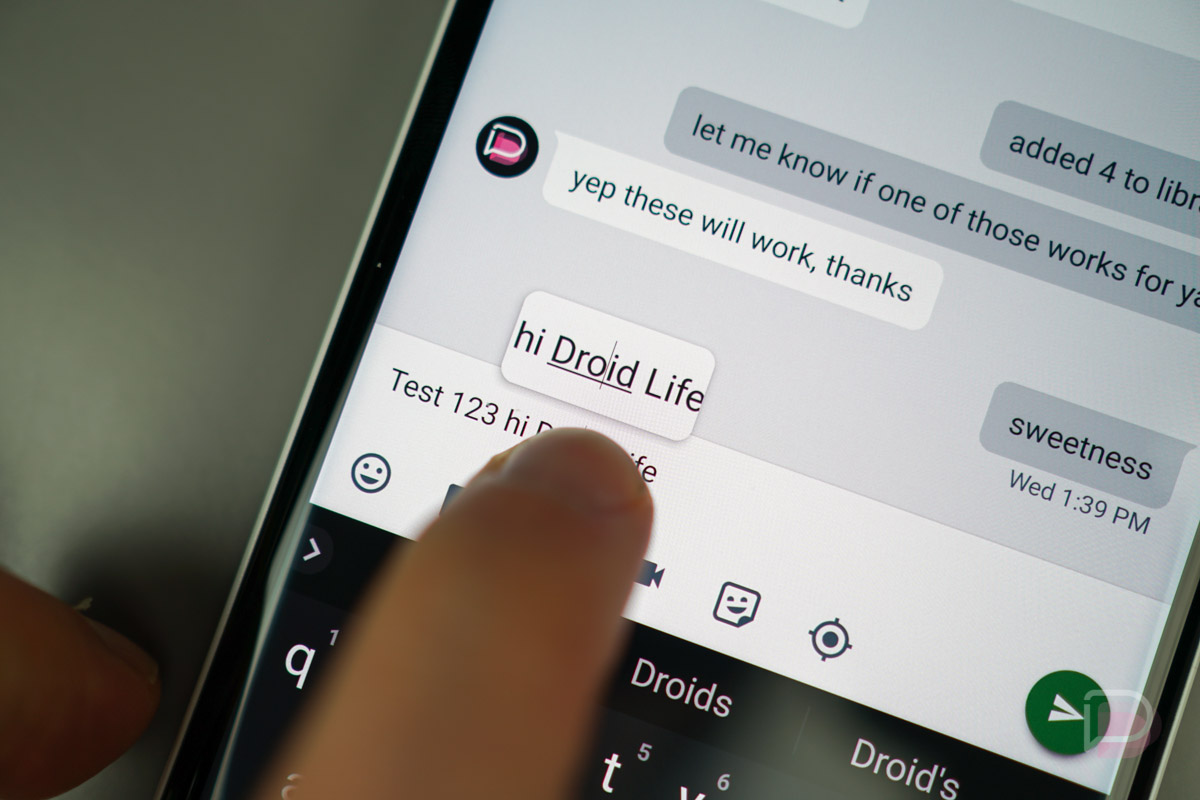 Coming from the Galaxy S9, I forgot that other Android devices don’t have this feature, but at long last, Google has implemented a native text selector bubble in Android, the same thing iOS has had for what seems like a decade.

To explain, whenever you hold on the cursor when writing text and then moving it, a bubble will appear over your finger, allowing you to more accurately place the cursor. It’s rather elementary, but finally, it’s here!

There is plenty more to enjoy in this Android P build, all of which you can read about here.

If you’re running the Android P beta on your phone, what’s your favorite feature so far?