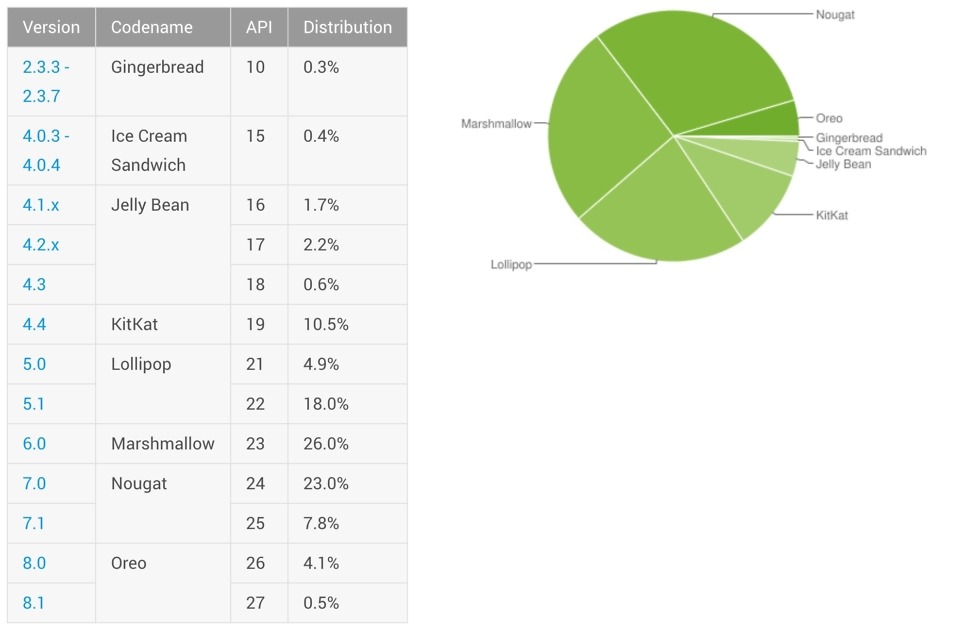 Today, after more than two months, Google has updated the Android distribution numbers that show the percentages for each version of Android still alive in the ecosystem. We aren’t sure why there was this gap, but we are at least happy to report that Oreo’s adoption has had a massive jump since then. Massive, guys.

Outside of Oreo on the rise, Nougat is the only other version that jumped up (Nougat was at 28.5% in February). All of the other versions saw their percentages drop or stay the same. 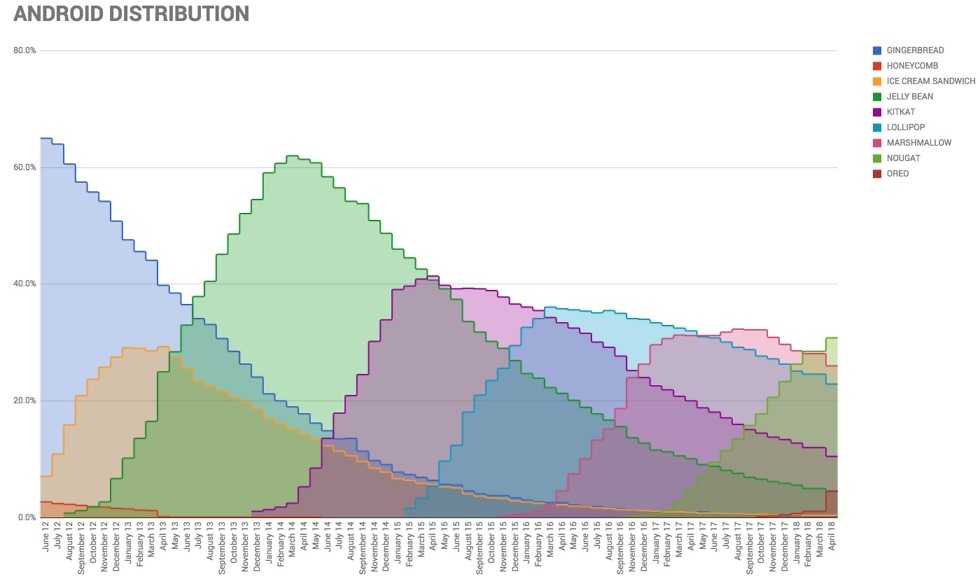