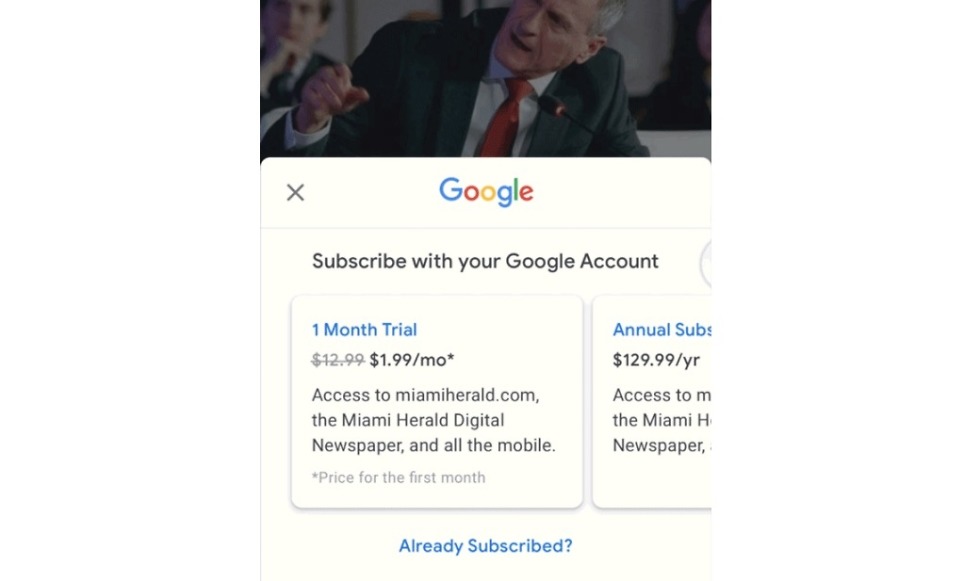 Google announced a bunch of news-related stuff today that touches on a number of subjects related to news gathering and sharing. For the most part, it’s Google providing what they believe to be solutions to pretty serious problems that have evolved from this wonderful world we live in where people just make sh*t up and spam it off as news that games enough of Google’s systems to show up at the worst possible times (like during mass shootings, for example).

They talk about increasing the integrity of the information that you see when breaking news drops, making sure that there are trust indicators next to stories to help you distinguish realness from fakeness, and investments in future programs to make sure young people aren’t having their brains melted by constant fiction portrayed as news. You should read about their plans here and here.

On a related note, they also announced a new program that will help you subscribe to your favorite premium news outlets in an easier way, while also getting that info first in search results. It’s called Subscribe with Google and it’ll soon go live through select publishers.

Subscribe with Google will let you buy subscriptions using your Google account and the payment methods attached to it. It should all happen within a couple of taps, plus you’ll be able to sign-in easier on your phone or the web or wherever else you try to. It’ll make it easier to bypass login credential screens

In addition to subscribing to news outlets, you’ll find articles from those you subscribe to with highlights in Google Search results. Google has created a new module in Search that shows your subscriptions and articles from it, so you can get the news from the sources you trust first.

Of course, not all premium publishers are ready to offer this, so you’ll have to be patient. For now, current participants in Subscribe include Les Échos, Fairfax Media, Le Figaro, the Financial Times, Gannett, Gatehouse Media, Grupo Globo, The Mainichi, McClatchy, La Nación, The New York Times, NRC Group, Le Parisien, Reforma, la Republica, The Telegraph, and The Washington Post.

Be on the lookout the next time you decide to support real journalism. You may just find a Google sign-in option.