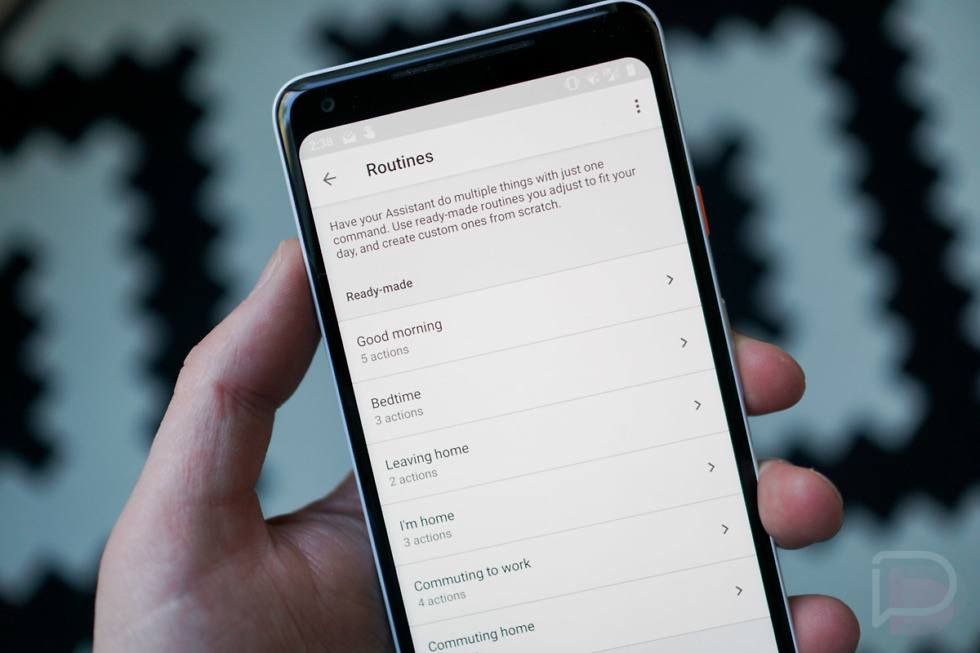 Google Home Routines went live last week for just about everyone. That means we can all fire up our Google Home app today and set up six different Routines that allow Google Home and Assistant to run through a series of activities depending on the situation. I’m curious, though – what do you guys think about Routines so far?

For those not caught up yet, let’s recap Routines.

Google added a feature called Routines that includes six specific activities for you to activate with a single command in order to accomplish multiple things. There will likely be more, but for now, you get to control your life in the morning, at bedtime, when you are leaving or arriving home, and when you are commuting to and from work.

Each routine has a number of items that can be customized. For example, you could say, “Hey Google, bedtime” and have Assistant and Home initiate a series of actions that adjust your lights, silence your phone, tell you tomorrow’s temperature, help with an alarm, adjust your temperature, and even play some music. You could also say, “Hey Google, Let’s go home” and have Assistant broadcast throughout your home that you are on your way, send a text to someone to let them know the same thing, read unread texts aloud, adjust your home thermostat, fire up some music, and tell you about your upcoming commute. You get the idea right? 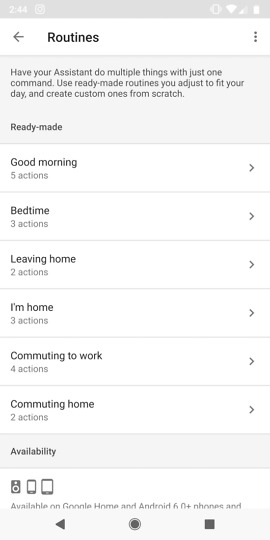 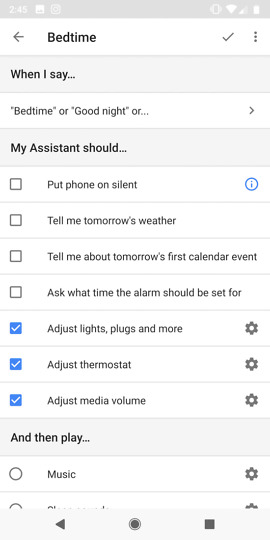 I spent the weekend trying to get a few of them setup, specifically the Bedtime and Leaving Home commands. Leaving Home I have setup to respond to “Hey Google, We’re leaving” and to then turn off lights and adjust my Nest Thermostat. I have the Bedtime command adjust lighting, my thermostat, and media volume, plus put my phone on silent.

So far, they work OK. As Google Home attempts to run through the series of commands, it often tells me that there are errors and that it couldn’t complete some. I can’t tell if that’s a bug that needs fixing or if it’s getting mad that the lights it’s trying to turn off aren’t on or responding. But almost every time, I’ve had an error of some kind, as other tasks are completed. Sometimes, it just seems to not do some of the stuff it’s supposed to do. I know it’s early days here, but it feels like Routines should have been here a while ago, let alone now with issues.

You tell me – how have Google Home Routines been? Working fine? Any issues? Any features you’d like to see added?