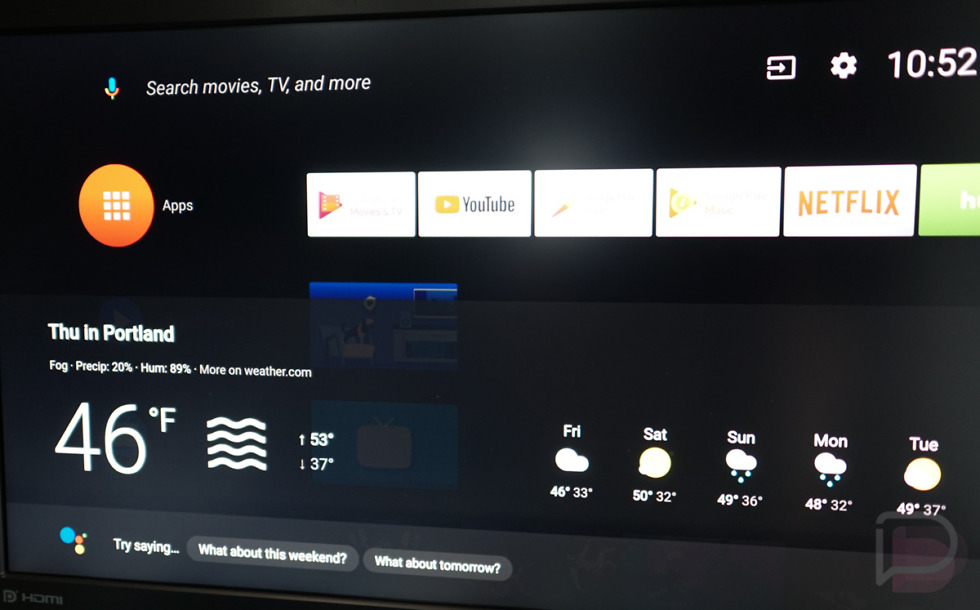 Back at Google I/O 2017, one of the big new upcoming Google Home features Google showed off was called Visual Responses. As the name suggests, these were responses you’d get from Google Assistant queries through to a display. Think weather or calendar visualizations on a display with a Chromecast attached. Yesterday, the first of these Visual Responses began rolling out.

Google posted a support page for the change last night, detailing the supported devices involved, in case you really need to see a weather visualization rather than just hear it spoken.

To get setup, assuming you have the supported goods mentioned above, you’ll head into your Google Home app, tap the Devices button in the top right corner, find the Chromecast you want to see weather on, go into its settings, and set it as the preferred TV. The full instructions can be found at the link below.