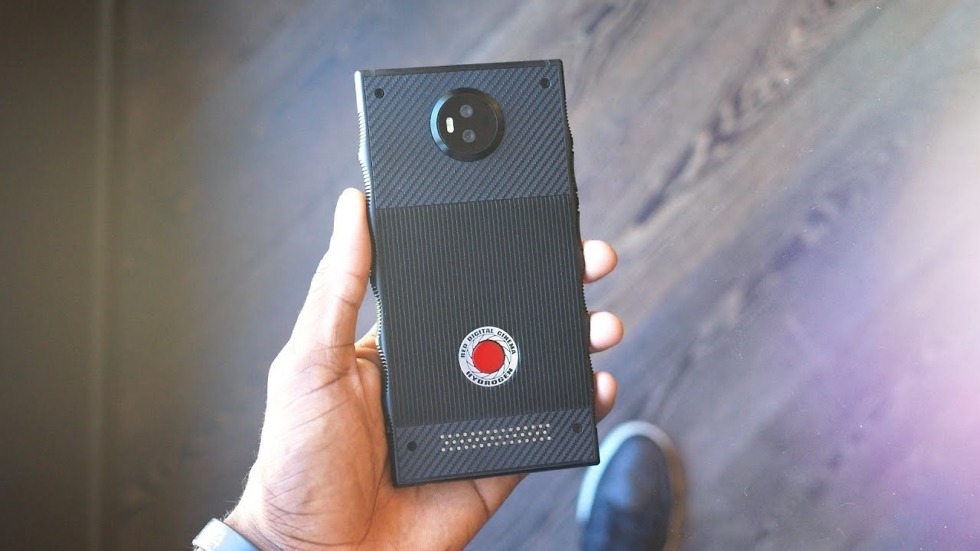 In July of last year, high-end camera maker RED announced Hydrogen One, an Android-powered smartphone with a price tag of $1200+ and a shipping timeline of Q1 in 2018. Pre-orders went up at that same time, so people who had the money for a purchase like that have been patiently waiting to hear a lot of details concerning the device.

It’s now January, 2018 and the folks at RED have posted to their forums a few of the details customers have been waiting to hear.

At the time of announcement, RED pushed a few unique aspects of the device, such as the 5.7″ “Hydrogen Holographic” display. In this post, RED states, “There is no way to describe this. You just have to see it. So far, everyone that has seen it gasps, swears or just grins.” When not in 4V mode, though, it should look like any other smartphone display with a resolution of 2560 x 1440.

For the highlighted multichannel spatial sound from the external speakers and included headphone jack, “The audio demo has achieved as high of marks as the display tech. Same reactions. Again, no way to describe. You just need to hear it.”

Are you seeing a trend so far? I am. Basically, RED is asking potential buyers to take a leap of faith with their $1200+ purchase, while saying fancy words like multichannel spatial sound and holographic display. They can’t quite describe these features, but they can tell you how cool they are. Let this go into my upcoming book, “How to Make Your Phone Sound Like a Kickstarter Scam.” This is no knock at RED, but seriously, if I’m paying so much for a device, just give me the details in plain English.

Moving along, RED discusses carrier support, which is apparently, “Unprecedented” and, “As good as it gets.” In my mind, as good as it gets equates to what we have with the latest iPhone or Galaxy. With those devices, every carrier is lined up to support the phone and regardless of which carrier you’re on, the device will have the LTE bands to support it, but you may need to find a specific carrier variant. Apparently, RED thinks hundreds of thousands of people need this phone, so they’re taking the time to get carrier certification from what must be every carrier, instead of simply launching a single, Unlocked device. This, of course, takes time and money, leading RED to say, “‘Official’ ship date for carrier phones is going to likely be sometime in the summer. ‘Unlocked’ Pre-orders will however ship before that.”

Already we’ve gone from a Q1 launch to a sometime in the summer timeline, unless you want the unlocked version which still doesn’t have a solid shipping timeframe.

Specs outlined in this post include a 4500mAh battery, a weight of about “2 ounces more than most 5.7” cell phones,” whatever that could mean, and the phone is a tad thicker than others. In RED’s words, “Think SOLID.”

For all of the details, follow the link to RED’s forums below.