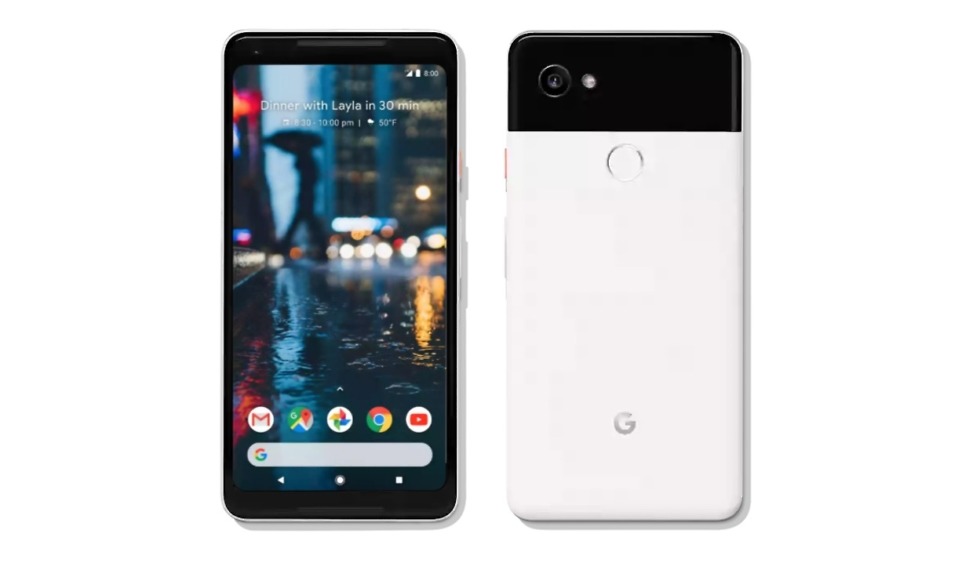 Verizon is currently running a 50% off deal for the Google Pixel 2 and Pixel 2 XL that isn’t horrible depending on your situation.

It’s one of those semi-sneaky deals where you have to trade in the proper phone to get the full 50% off, plus they then spread the 50% off discount out over 24 months to keep you locked to their network for the next couple of years. It’s a garbage move for the most part that almost all carriers are doing these days as a replacement to the 2-year service contract you used to sign. Now, they are doing everything in their power to get you to sign the 2-year device payment contract. With that said, if you really do plan to kick it with Big Red for the long haul then this deal isn’t all that bad.

And I say that because the list of phones eligible for the 50% off is pretty solid. You can see the full list below, but we’re talking about phones like the original Moto Z Force, Galaxy S7, and iPhone 6s all getting you 50% off the new Pixel 2 or Pixel 2 XL. Those phones are all approaching old-as-hell status. You can even trade-in your last year’s Pixel or Pixel XL too and get the full 50% off.

If you don’t have one of those phones, they are still offering 35% and 25% off deals for even older phones that you may have lying around in a drawer at this point. I’d imagine a few of you have a Galaxy S6 or HTC 10 or iPhone 6 you’d be willing to part with that no one in your household is using. 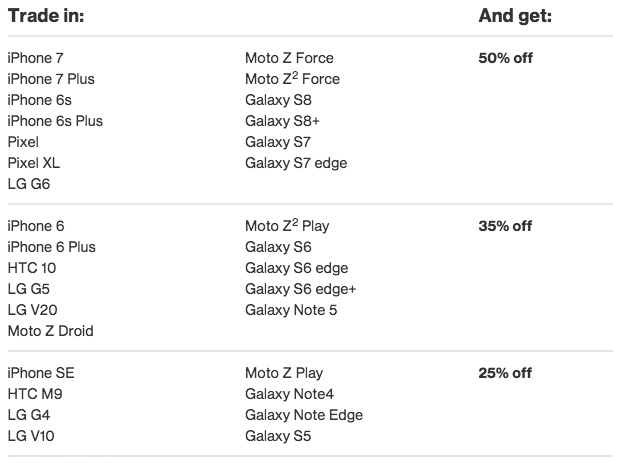 Alright, so to get the full 50% off, you understand that you need to trade-in an eligible phone. Alongside that portion of the deal, Verizon will make you sign a 2-year device payment plan (a 2-year contract) for whichever Pixel 2 or Pixel 2 XL you buy. They’ll then apply a credit to your bill, spread out over 24 months for 50% of the phone you chose. So if you buy the Pixel 2 XL with 128GB storage at $949.99 and trade-in a Galaxy S7, Verizon will spread out a $474.99 credit over 24 months. In other words, they aren’t just going to slap a $475 credit to your bill in a month, they’ll instead slowly reimburse you.