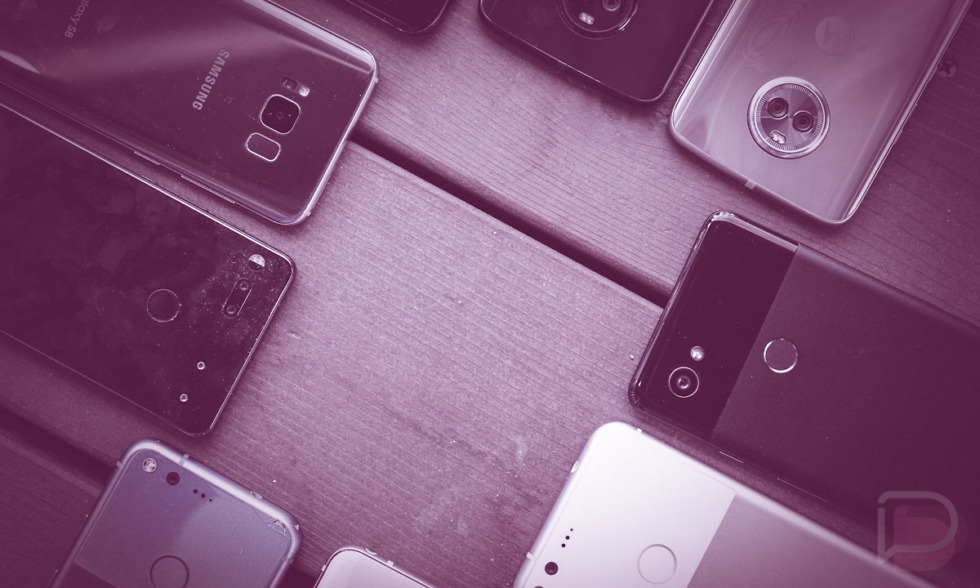 I’m sitting here working on the LG V30 review for the site (or at least thinking about working on it) and have three or four other phones sitting on my desk that I’d also like to be using. There are another one or two in the drawer below that my SIM would enjoy time in, two more in boxes that are the same phone only branded differently that are 100% up after the V30, along with another on a truck for delivery that I want to use the minute it shows up too. This is smartphone hell, but in the best possible way if that is actually possible.

And I bring this up because as we approach the holidays now that we are just outside of Google’s 2017 phone unveiling, we are asked a handful of times per day – “Guys, which phone should I buy?” I HAVE NO IDEA. WHICH IS AWESOME.

Why is that awesome? Because, man, there are so many good phones out here to choose from that I’m not sure you can go wrong no matter which way you turn. Let me run down the list of phones above that I want to use all at the same time.

1. The LG V30, which I’ve used on and off for the past two months it seems, is awesome! Its design is almost flawless and might be the best feeling phone you’ll put in hand, if you take away the Essential Phone. Its dual camera setup is the best in the business because wide-angle shots are way the hell more fun than your dopey zoom-bokeh lens, Samsung and Apple. It has a DAC too, audio bruh! IT’S AWESOME.

2a. I want the Essential Phone even if it has a bad camera and pretty awful performance. And I want it because Essential keeps updating it to make it better every other week. It’s hardware is so damn beautiful that I can’t quit it. Oh and they just shaved $200 off it, dropped the white one on us, and gave me an extra $200 off because I’ve already purchased one. THIS PHONE HAS SOME AWESOME.

2b. The Pixel and Pixel XL may be a year old and look like left-over iPhone parts, but they already run Android 8.1, have most of the Pixel 2’s experience, still take brilliant photos, and come in this awesome blue color. They have headphone jacks too! If this was my phone today and I had no money, I’d keep it and be insanely happy about that while your phone still has old ass software and is more than likely a jankfest of bad Android skin. THE ORIGINAL PIXEL IS AWESOME.

2c. Yeah, the Pixel 2 XL is here too and I miss it dearly after switching back to the LG V30. No offense, V30, but your software is old and stuttery compared to the new Pixel, plus your standard shooter can’t match Google’s. Also, the Pixel 2 XL might look goofy, but those front speakers are 🔥 , the battery life is beyond impressive, and the fingerprint reader doesn’t double as an obnoxious power button. I don’t care about the display drama, because unlike 99% of complainers, I have actually used the phone for three weeks and still love almost every ounce of it. P2XL, YOU AWESOME, DOG.

3. In the drawer below those four phones, I have a Galaxy S8 and Galaxy S8+ that I’d for sure be using as a normal person who may have purchased one earlier in the year and doesn’t have 10 other phones lying around for testing. What’s wrong with either? Outside of that dumb fingerprint reader placement, I dunno? Nothing? The cameras are excellent, battery life in the S8+ is super solid, and that design basically ushered in a new era of smartphone design that still looks insane today. Think about the Galaxy S8’s 5.8″ QHD display and also the fact that the phone feels small. What? How’s that even possible? AWESOME.

4. Those two in boxes? I have no idea if they are any good, but they are the Moto X4 and Moto X4 Android One, two phones that are the same yet different. They look decent enough, sport inoffensive prices, and might be the beginning of a super important new line of mid-range devices you’ll get to choose from. Again, I have no idea if they are good, but I want to find out, like, yesterday. THEY LOOK AWESOME.

5. As for the phone supposedly on a truck for delivery, well, that’s the Penguin 🐧 Pixel 2 XL that should be here at any moment. I know, I know, I just talked about the Pixel 2 XL, but this is the Penguin 🐧. It’s the version we all want that Google hasn’t actually shipped to almost anyone yet and appears incapable of producing quickly. IT’S 🐧 AWESOME.

Bonus: Oh and I also picked up my Essential Phone code and do have a white Essential Phone on the way that cost me just $299. I’ll want to use it the minute it gets here. BEAT THAT, AWESOME.

Bonus x2: I didn’t mention the Note 8 because the Note 8 is giant and I don’t miss one second of it. That’s partly a lie because I do miss the S Pen. S PENS ARE AWESOME.

So I’ll say it again – I don’t know which phone you should buy and that’s actually a good thing. You could buy any of those phones above, even the Note 8, and probably be super happy. From mid-range to discounted-high-end to the top of the mountain tier phone, the choices are there. What are you waiting for? Oh, our LG V30 review. It’s coming!