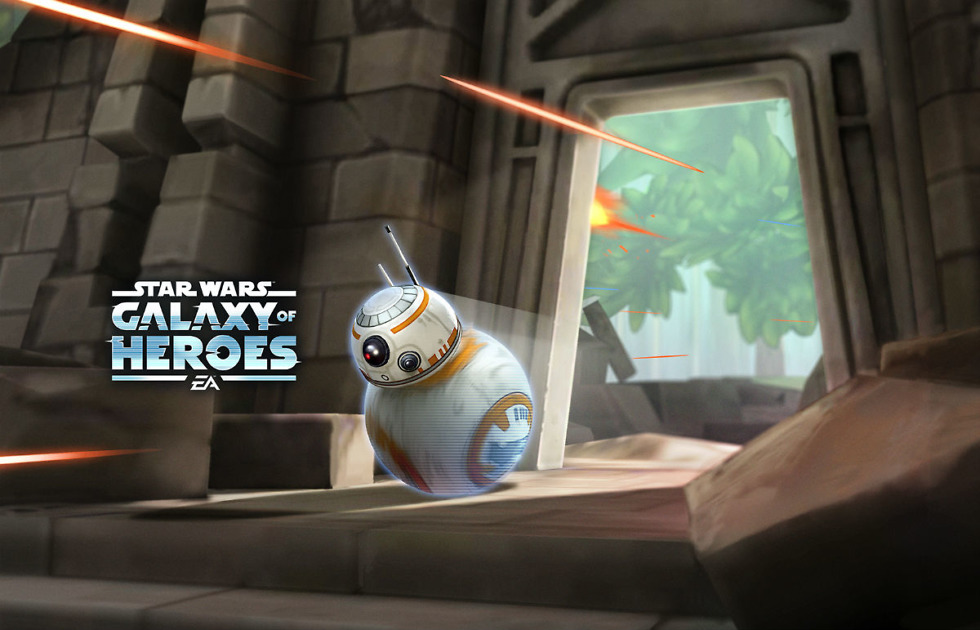 Star Wars: Galaxy of Heroes is always adding new characters, but the latest addition to the game played a major role in 2016’s Episode VII: The Force Awakens. That’s right, I’m talking about the adorable little “one of a kind” droid known as BB-8.

Inside the game, BB-8 is labeled as Droid and Resistance character, making him very viable if those are the types of squads you utilize. For example, if you’re running Finn’s leader ability with BB-8 and three other Resistance toons, BB-8 can inflict multiple Expose debuffs, which combos with Finn’s leader ability to reduce ally cooldowns and gain bonus Turn Meter. That means big damage done to an enemy squad before they ever get a single shot off.

One of BB-8’s signature abilities is called, Illuminated Destiny, which removes negative status effects from his allies and grants bonus Turn Meter. This makes BB-8 an excellent character to use in combat missions within the new Territory Battles campaign.

Now, to unlock this character, you will need a First Order squad. We’re talking a full 5 character squad, which is Captain Phasma, Kylo Ren, First Order Officer, First Order Stormtrooper, and First Order TIE Pilot. While those requirements will make it difficult to obtain a 7-star BB-8, the good thing is that all of the necessary characters are easily farmable for free-to-play users. That means if you don’t already have this squad ready to go, you can farm it and have it ready for the next time this event comes around.

Check out the trailer for BB-8 below, and as always, may the Force be with you.