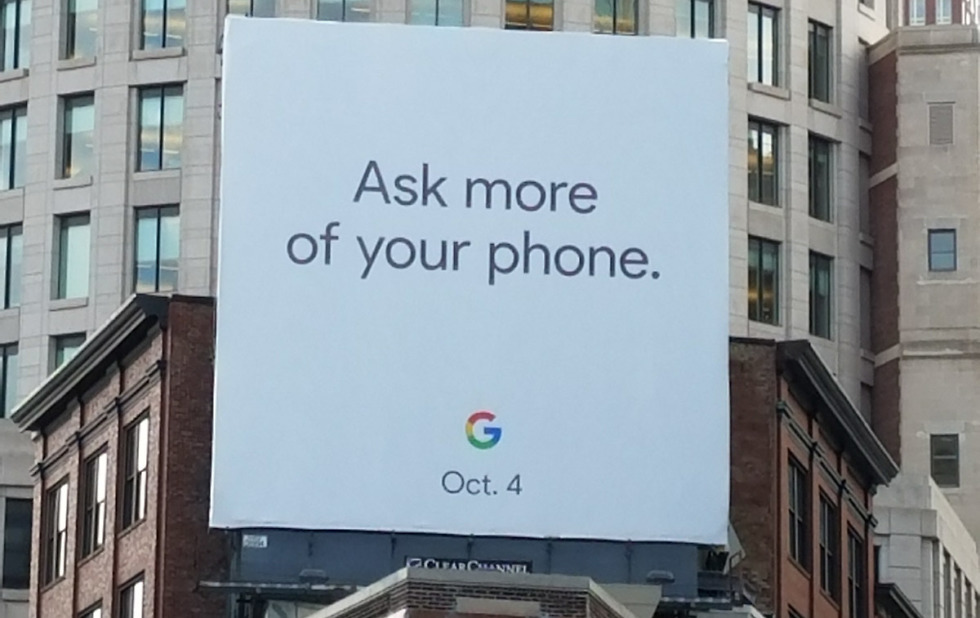 Reports initially suggested that Google would hold its Pixel 2 event on October 5, but according to the picture of a billboard in Boston that was just sent to us, they may double down and do it again on October 4. The billboard (pictured above), tells us to “Ask more of your phone,” followed by the “G” logo from Google and an “Oct. 4” date.

Of course, the billboard could mean something else, but the timing certainly matches up well to an expected Q4 Google product event. And again, last year’s Pixel event took place on October 4, so this would make a lot of sense. The billboard is also talking about asking more of your phone, rather than promoting a special Boston-specific Google event of some sort.

We’ve reached out to Google for confirmation on October 4 being the correct date for their next big event and will update this post if we hear back. 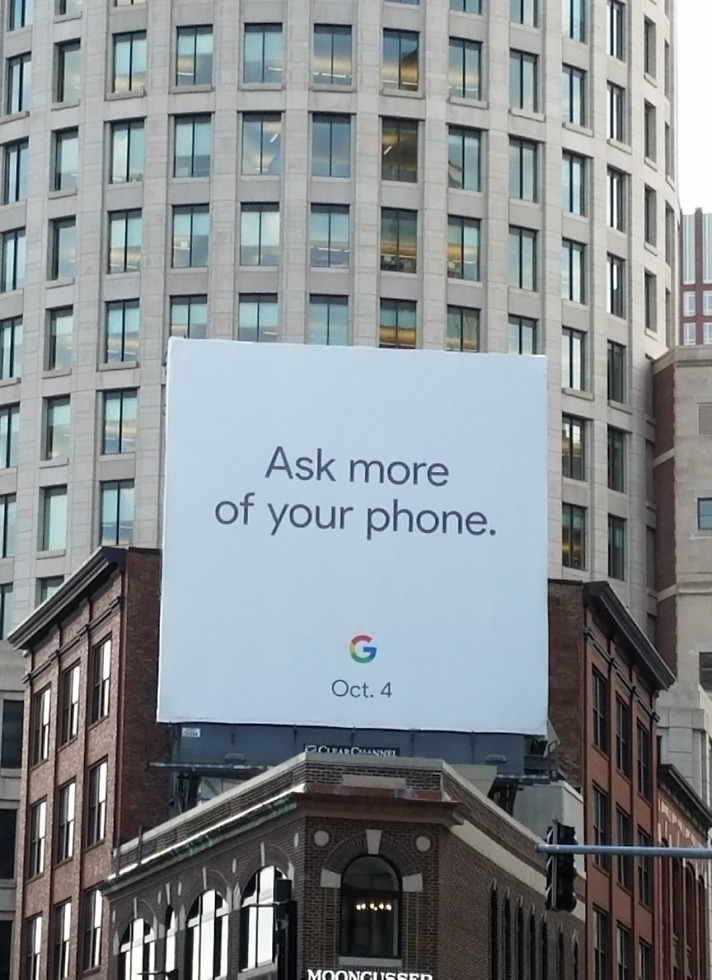