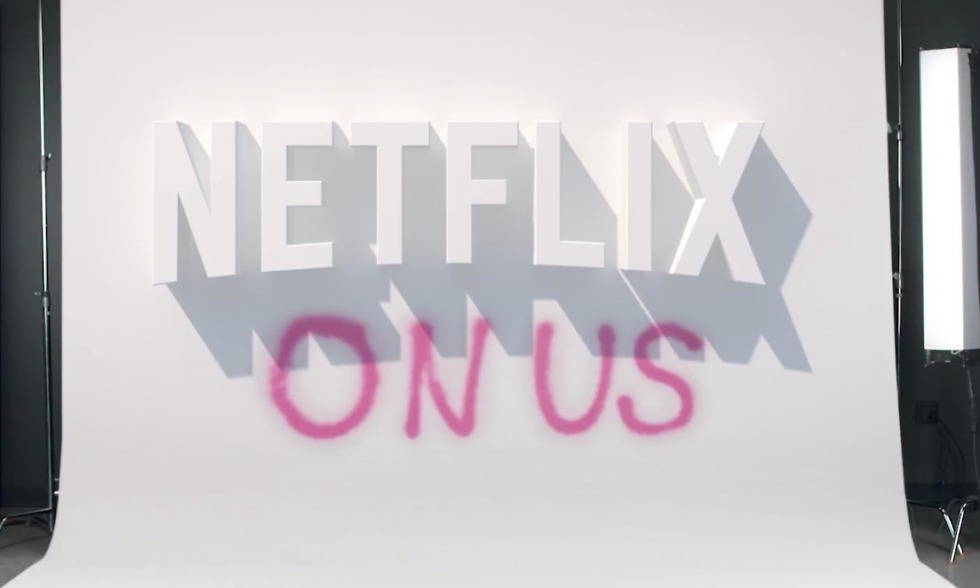 T-Mobile’s Uncarrier Next event took all of 4 minutes today, though it might have only taken 2 without a technical glitch that paused the short live stream. The event was so short because there was one announcement and that announcement was T-Mobile telling us that Netflix is now included in T-Mobile ONE plans with more than 1 line of service through a new promo called T-Mobile Netflix On Us. That’s it – free standard Netflix subscriptions for multi-line accounts at T-Mobile.

T-Mobile Netflix On Us

In order to get the no-extra-cost Netflix with your T-Mobile ONE plan, you have to have “two or more voice lines at standard rates.” In other words, this isn’t a promo for single line accounts and really is for family plans. If you meet that requirement, you’ll get the Netflix Standard, the $9.99 plan that offers up to HD quality streams and up-to 2 simultaneous streams at a time.

What if you want Netflix Premium with Ultra HD quality and up-to 4 device streaming? You can go that route too. T-Mobile will pay your full Netflix Premium bill and you’ll pay the difference ($2 per month) through your T-Mobile bill for Standard and Premium. So they’ll cover the full cost, but because Netflix On Us is for Standard subscriptions, you’ll pay the difference to T-Mobile on your monthly bill.

That’s a value of around $120 per year for Standard.

Since most of you are already Netflix subscribers, you won’t be signing up for new Netflix service to participate. Instead, T-Mobile and Netflix are linking your accounts, so that T-Mobile can pay Netflix “directly for you.” T-Mobile expects up to 1-2 Netflix billing cycles before for this billing transfer happens.

If you don’t have Netflix just yet, you’ll soon be able to opt-in (likely on September 12). Once you do that, T-Mobile will send you an SMS with a link to get started on signing up.

Again, to get signed up for free Netflix with your T-Mobile ONE plan, head to this link on September 12.