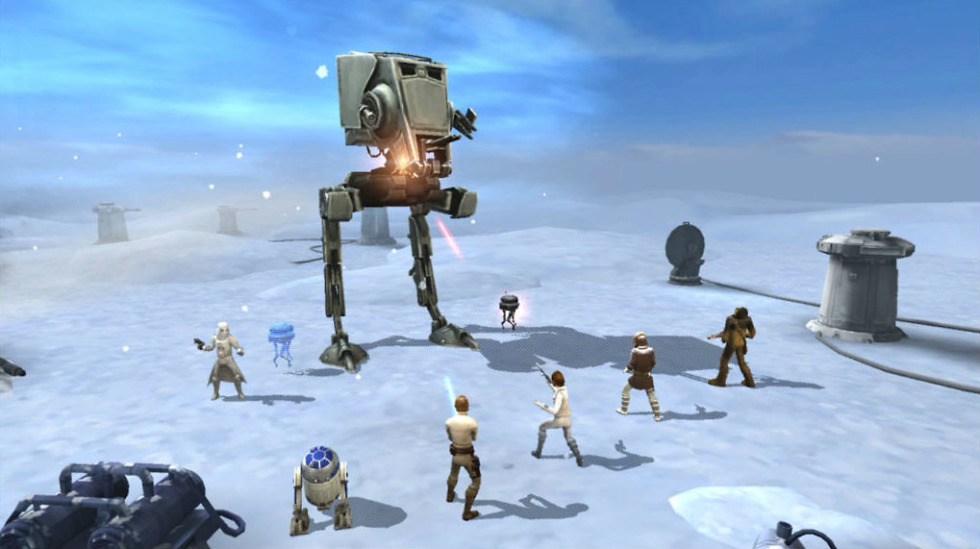 Today is a big day for Star Wars: Galaxy of Heroes players, with EA set to launch the new Territory Battles feature. If you play SWGOH, the introduction of this shouldn’t come as a surprise, since the developers have been hyping this for some time now. Regardless, it’s a major addition to the game, where you and your guildmates will use the entirety of your character and ship lineup to destroy enemies and gain awesome rewards.

Speaking of rewards, let’s highlight those goodies first. Should you and your guild have the right amount of power to embark on such an objective, players can be rewarded with shards for three new characters: Rebel Officer Leia Organa, Hermit Yoda, and Captain Han Solo. If you thought rebel squads couldn’t get any stronger in this game, you thought wrong.

To break down Territory Battles, you can sum it up with three distinct types of missions. There are combat missions, platoon missions, and special missions. Combat missions are the same as your standard holotable battles where you take your squad and attempt to beat waves of opponents that get stronger as the waves go on. For platoon missions, you dedicate characters to slots to fill the allotment of each platoon. During this, you can unlock abilities and buffs to be used for later battles.

The last part is special missions. For new or improving players, this is where things get rough or essentially inaccessible. In here, you’ll need specific characters in order to participate in a battle. However, if you meet the requirements and complete the mission, you’ll get some of those special character shards.

Here’s a full breakdown provided by the developers.

You’ll find access to all of this starting today inside of your guild, so be sure to log in and take part in the craziness.