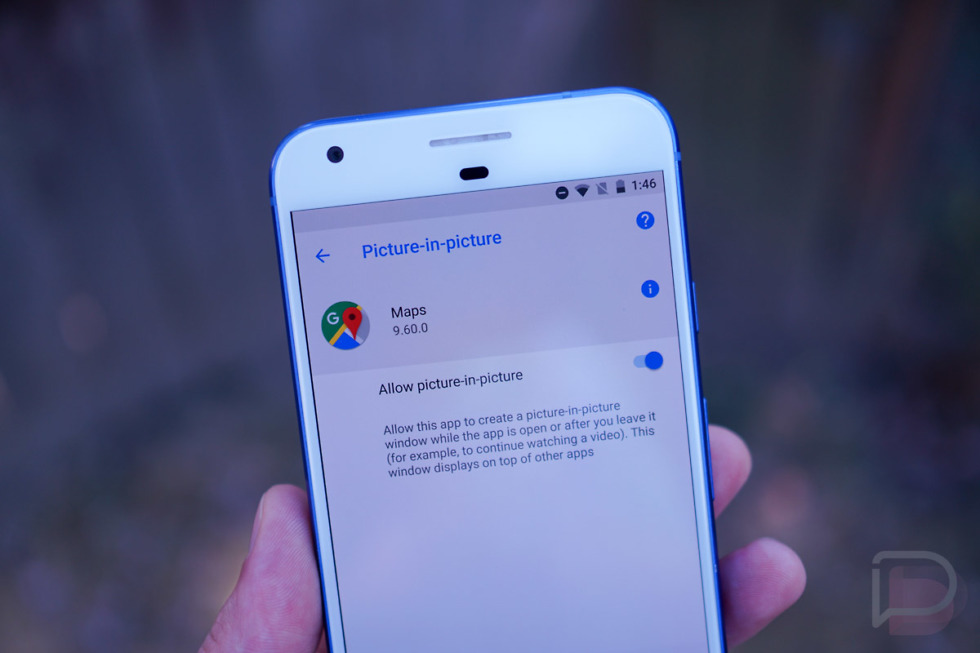 Inside of version 9.60 for Google Maps, Picture-in-Picture (PiP) support appears to be live for folks running Android 8.0.

From what we can tell, the best usage of PiP for Google Maps is when you’re already navigating to a destination. Once you’re on your way, you should be able to tap on the Home button, which then brings your navigation into a movable window on the home screen. It’s not the most useful thing ever, but if you need to multitask something, it’s an option.

On my Pixel, I couldn’t get the feature to work, even though PiP is enabled via my Settings. After looking through Google’s forums, I don’t seem to be the only one having PiP issues. Provided Oreo is new and PiP is still being worked on, we should all remain patient while developers work on bugs.

Anyway, if you’re running Oreo on your Nexus or Pixel device and want to test it out, go grab the update via Google Play.