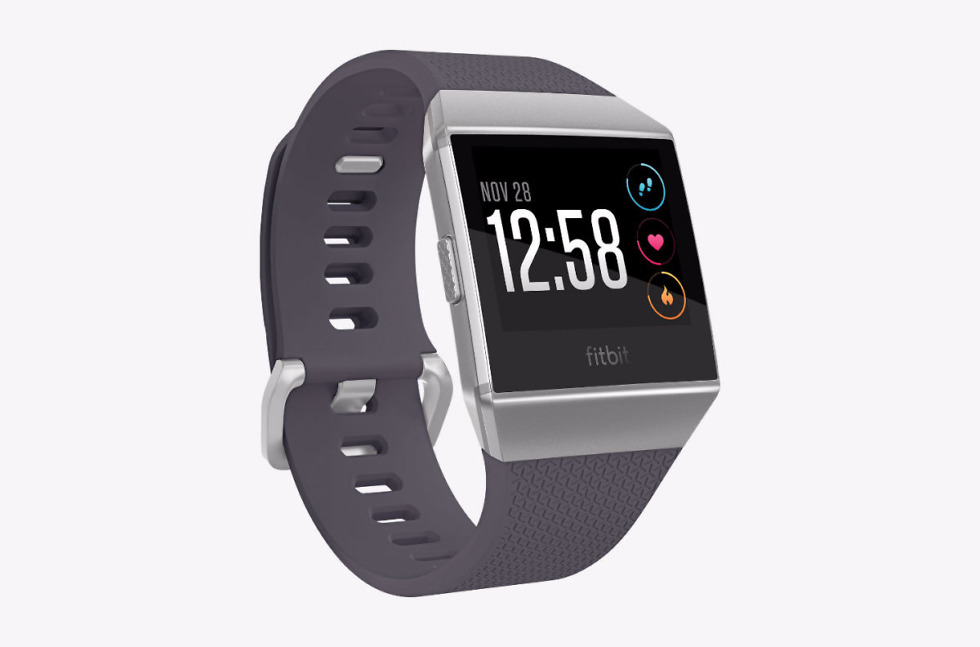 Fitbit has a new wearable almost ready to roll out to the fitness crowd, the Fitbit Ionic. With worldwide availability kicking off next month, the Ionic is up for pre-order on Fitbit’s website today for $299 and all other retailers starting tomorrow.

In terms of features, the Ionic packs a ton of stuff in to make it a very intriguing wearable device. The Ionic comes with GPS/GLONASS support, PurePulse heart rate monitoring, a swim exercise mode with water resistance up to 50 meters, SpO2 sensor for estimating blood oxygen levels, enough storage for up to 300+ and Pandora playlists, 4-day battery life, and even NFC that will allow you to make payments at select retailers with Fitbit Pay.

If this mobile payments aspect excites you, note that Fitbit states, “Over the coming months you will be able to add eligible American Express cards, as well as Mastercard and Visa credit and debit cards from top issuing banks in over 10 markets across the globe, including ANZ, Banco Santander, Bank of America, Capital One, HSBC, KBC Bank Ireland, OCBC Bank, Royal Bank of Canada, UOB and US Bank with more countries and banks planned soon.”

So, just like Samsung Pay and Android Pay, your bank needs to add support, which could take time if you’re a member of a smaller bank.

Here’s the general overview of the Ionic, provided by Verizon.

Fitbit is not messing around with availability of the Ionic, with exception to US mobile carriers. Even though the Ionic has no LTE radios, the exclusive wireless carrier of the Ionic will be Verizon. If you don’t want to order through Verizon, you can find the device at Best Buy, Target, Dick’s, Amazon, Kohl’s, Macy’s, and REI.