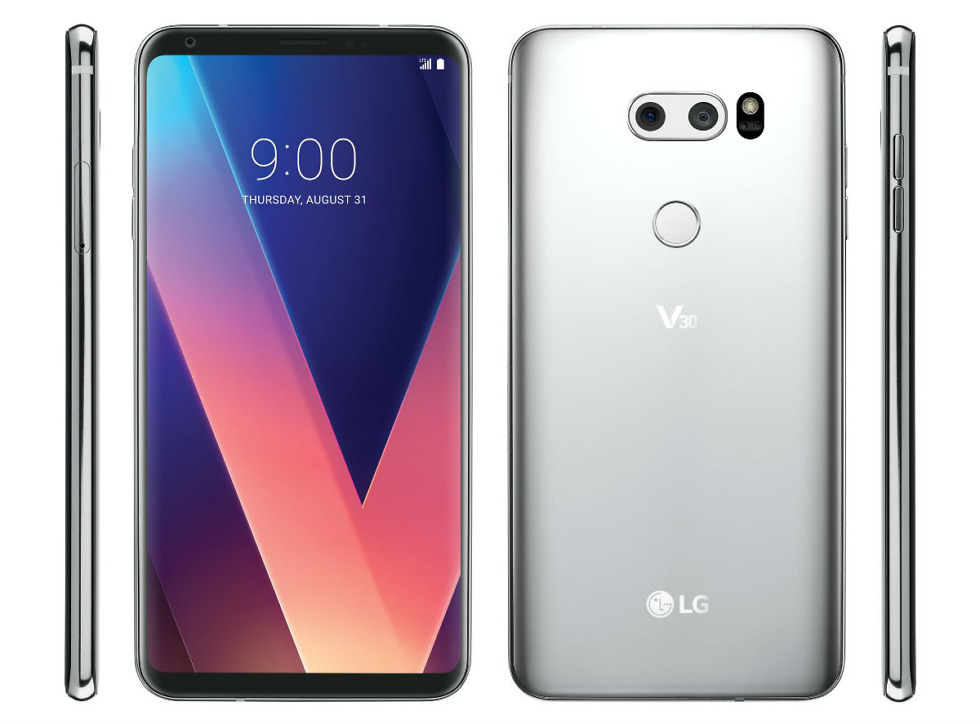 If you’ve been following LG’s hardware evolution over the years, you’ll know that things seemingly got worse before they got better. We had to get through the G4 and its incredibly cheap leather before arriving at the intriguing G5 and then premium G6. And interestingly, it’s not only LG that went through this type of hardware design pain. Samsung had speed bumps to maneuver, too (cough Galaxy S5 cough). Point being, in 2017, both companies are proving that they can make what we’d label as sexy devices.

Without further ado, this is the LG V30.

Published by @evleaks, this leak shows off the backside, frontside, and siding of the upcoming V30, and if I’m being honest with you, this is LG’s best looking hardware to date. You can see the subtle curve of the display, minimal bezel, fingerprint reader right where I want it, and no ridiculous secondary ticker display.

Somewhat obviously, if you were going to compare it to another Android device on the market, you’d go with the Galaxy S8 and S8+. While some may complain about that, I don’t necessarily see an issue. I mean, at least the fingerprint reader isn’t directly next to the camera, am I right?

For confirmed specs, the V30 will have a 6″ POLED FullVision display and cameras with an aperture of f/1.6 (a first for smartphones). That info comes directly from LG. Other reported specs include 4GB RAM, Snapdragon 835, as well as all of the other specs you assume to find on a high-end 2017 flagship. If you’re curious about the software we’ll see on it, LG has also teased UX 6.0+, too.

I’ve said it before and I’ll say it again, this is the first V series device I am truly excited for.

The V30 is scheduled to be unveiled on August 31.