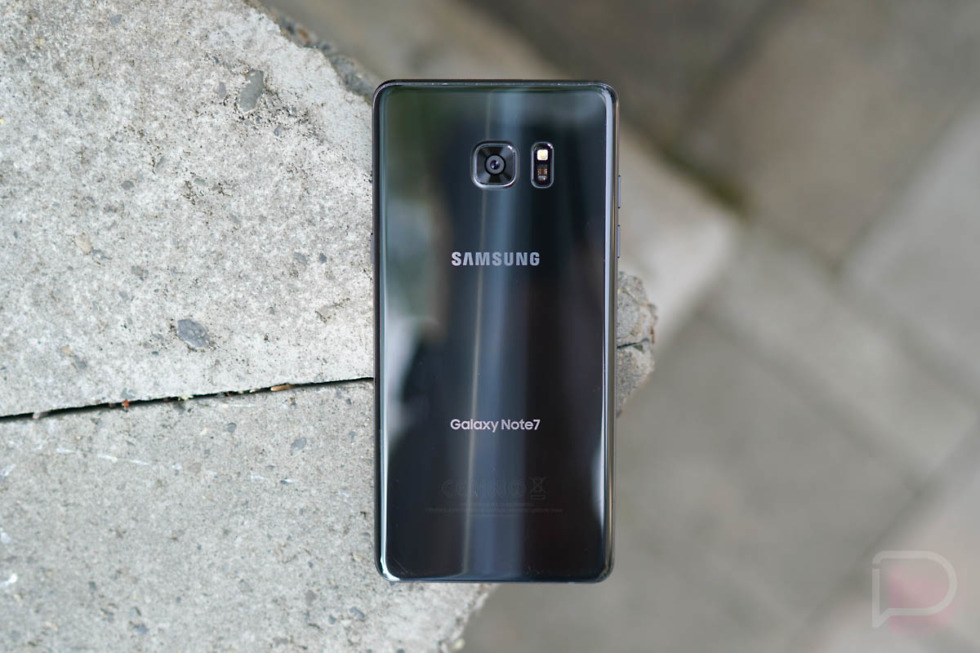 As hard as I tried to sell the world yesterday on the idea that waiting for Google to unveil the Pixel 2 and Pixel XL 2 before buying their next phone is the right move, I can’t help but think, “Yeah, that’s cool and all, but we all know the Galaxy Note 8 is going to stomp on everyone.” That’s not an overstatement either. Last year’s Galaxy Note 7 was the best phone of 2016, we just stopped talking about it because of its unfortunate situation(s). With the Galaxy Note 8, I’d be a fool not to admit that this phone is about to bring it and potentially lap the competition.

Also, remember those pundits who thought the Galaxy Note line should die after the Note 7 debacle? 😂

Galaxy Note 8 will have everything and then some

With the Galaxy Note 8, I’d fully expect Samsung to bring even more firepower (sans exploding battery) than last year to make an even bigger statement about the importance of the Note line. According to the dozens of leaks, that’s exactly what they appear to be doing.

We’re getting a slightly bigger QHD AMOLED Infinity Display (6.3-inch) than we saw on the Galaxy S8+. But just because it’s slightly bigger, won’t mean that much bigger of a body. In fact, all you need to do is pick up an S8+ and you’ll know exactly how the Note 8 will feel, if you can also imagine a less round body. The Note line has always been somewhat squared off and leaks show just that with the Note 8.

So not only are we getting another best-in-class AMOLED display from Samsung, we’ll also get the latest Snapdragon processor from Qualcomm (likely the 835), 6GB RAM, 64GB storage with a microSD slot, 3300mAh battery, IP68 water and dust resistance, fingerprint reader, fast wired and wireless charging, S Pen, Iris Scanner, USB Type-C port, 8MP f/1.7 front camera, and dual 12MP rear cameras, a first for Samsung’s Galaxy line. I’m not sure this phone is missing anything because all of that will be housed in a premium metal and glass body too.

Compare that list to the rumored Pixel 2 and Pixel XL 2 specs and Google’s can’t really match-up. Only one of Google’s will have on-par design, but we don’t know how good that first LG POLED display will be, plus there won’t be an SD slot, wireless charging, dual cameras, or the S Pen. We also don’t know how water resistant the Pixels will be (if at all).

The LG V30 should come close to matching the Note 8 in terms of specs and features, but without an S Pen or wireless charging, it still doesn’t quite get there. Also, I’d argue with anyone that Samsung’s software is better than LG’s at this point, plus Samsung pushes monthly security patches while LG isn’t as on top of things.

I still don’t know that I care about dual cameras on phones, but the Note 8 will be Samsung’s first attempt at it in the Galaxy S or Note range and that’s kind of a big deal. Samsung has killed it in the photography department for as far back as I can remember, so their implementation of two cameras has me at least somewhat excited.

According to rumors, we’re getting dual 12MP shooters, one that’s a Dual Pixel sensor at f/1.7 and a second that offers 2X optical zoom and f/2.4. It’s a lot like Apple and OnePlus’ implementation rather than the wide-angle switch that LG does. I’m sure Samsung will let you take not only zoomy-zoom pics, but also use that second sensor to create depth and better portrait photos.

I’ll let you decide if that sounds interesting or not.

I mentioned yesterday in my Pixel 2 write-up that one of the biggest factors in considering the new Pixels over the Galaxy Note 8 relates to software. You know Google’s new phones will get the newest versions of Android first, without any extra fluff or bloatware or skinning. But Samsung has at least gotten better at offering up monthly updates that include the latest security patches.

While security isn’t new software features, I honestly wonder how much Samsung really cares about the upfront Android innovations like they might have in the early years. What I mean is that Samsung has its own software suite on top of Android where they innovate. For example, multi window is old news to them. They tend to focus on big features like that and push them before Google does. They also try to innovate with their Edge panel and its software, along with the S Pen and its entire ecosystem. Samsung offers full skinning of their OS, so things like adaptive icons aren’t necessarily going to be a big deal. Android O’s notification channels might be, but the theming of notifications isn’t something that Samsung ever mimics Google on.

In a way, you have to look at Samsung as really utilizing Android as a base that just runs their own focused software where they don’t follow Google’s lead. This is not me discounting Samsung’s slowness when it comes to big updates. You should wonder just how long it’ll be before the Note 8 gets Android O. For a phone that could cost $1,000, waiting 6 to 7 or 8 months for a big update is embarrassing. In the end, this is really just part of the story and obviously a number of you are OK with that.

No, I don’t mean remember the bomb! I mean, remember how amazing of a phone the Note 7 was? It was 2016’s phone of the year until it starting catching fire on the regular. Assuming Samsung is continuing to improve from that phone, as they have with the Galaxy S8 and S8+, I mean come on, how can you not just settle into it and forget the rest.