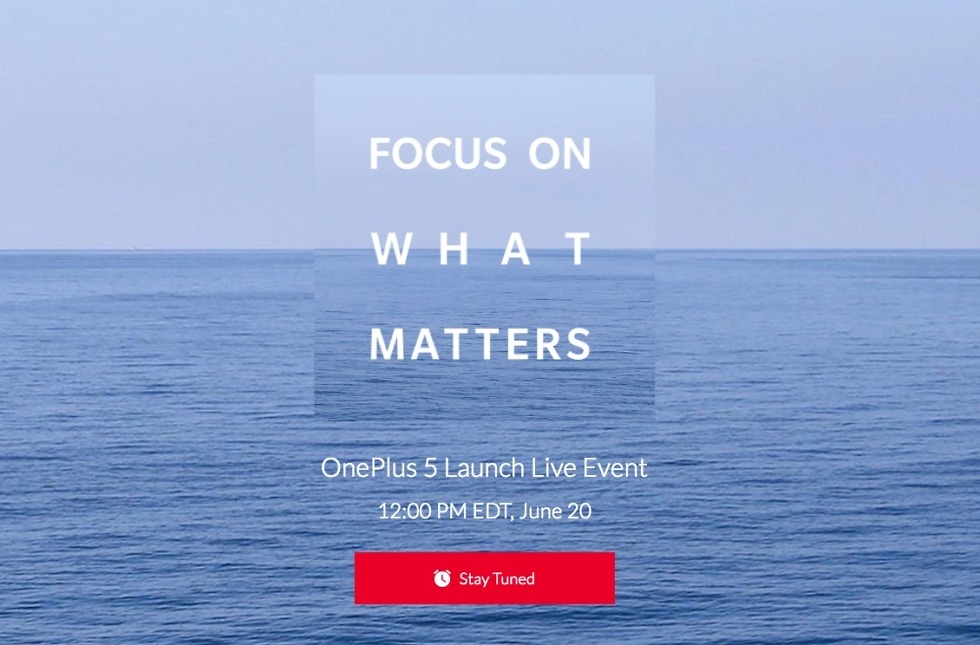 The OnePlus 5 will be announced on June 20 at 12PM Eastern. That’s the official date that OnePlus just shared with us. On that date, the phone will be unveiled through an “exclusive” online event that you should be able to tune into.

What are we expecting from the OnePlus 5? We know for sure that the camera has been tuned in part by DxOMark and that it will have a Snapdragon 835 processor on board. After that, we’ve seen rumors suggest a 5.5-inch QHD display, 3000mAh battery, and a dual camera setup, though none of that is official.

We also don’t know price, but keep in mind that OnePlus phones once started at $299, but have since climbed to a starting price of $439. Will this next OnePlus phone jump higher? Will it cost $499? Or will it stay in that budget-friendly area?

You’ll be able to catch the action at OnePlus’ site.