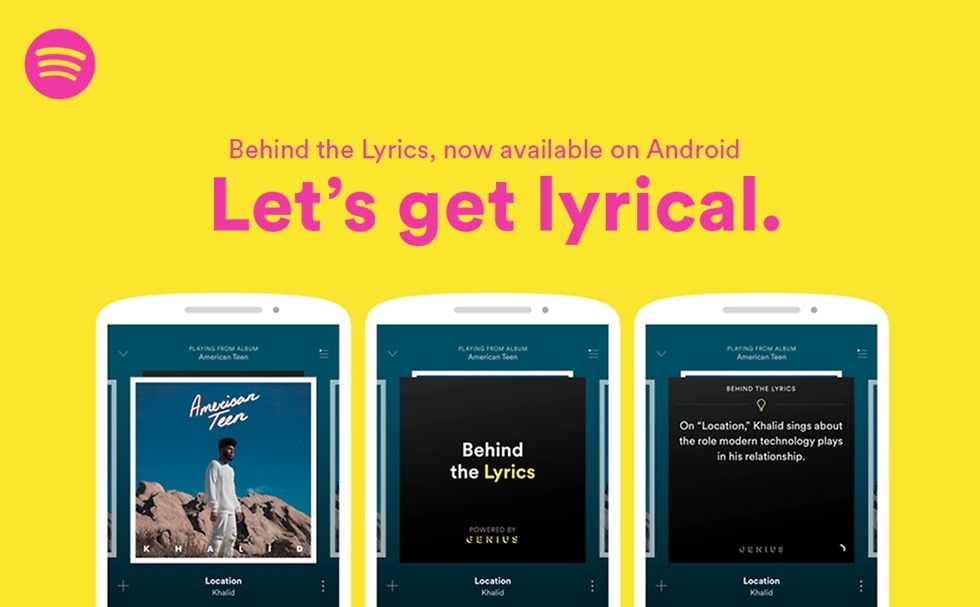 Spotify announced this morning that it is ready to bring its “Behind the Lyrics” feature on over to Android for the first time since introducing it to iOS users over a year ago. The feature is a collaboration with Genius, the former rap lyric site turned musical storyteller, where Spotify hopes to make your listening experience a knowledge hub about your favorite artists.

With Behind the Lyrics on Android, users should expect to learn more about the artists they listen to, as well as what those artists were inspired by when creating songs. The idea is to provide the artist’s take on their own music means through “lyrical excerpts, fun facts, and stories straight from the artists themselves.”

The update to Android starts rolling out today.