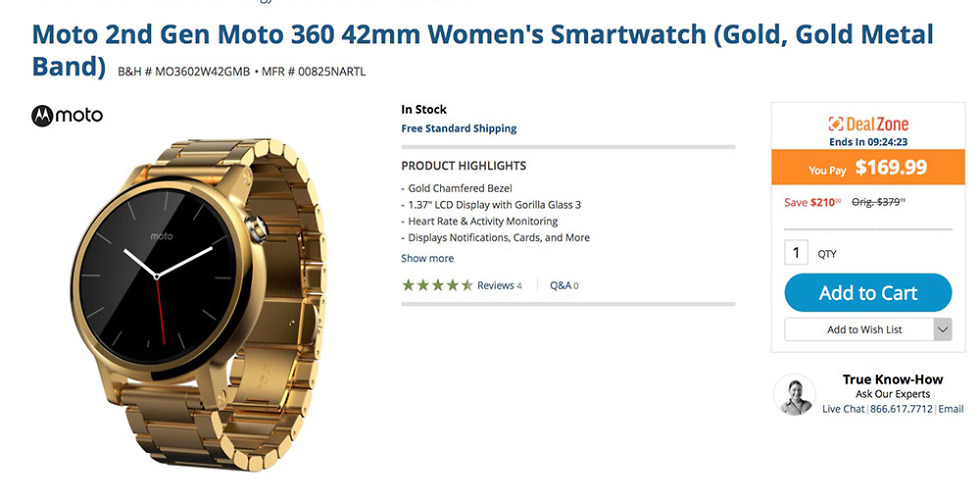 Motorola’s Moto 360 (2nd Gen) is all up in B&H Photo’s Deal Zone at the moment. You can grab Motorola’s Android Wear smartwatch for as little as $169.99 or at a $210 discount. That particular deal is for the all-gold with gold metal band, women’s version that is 42mm in size, but most other models are discounted as well.

Also of note: these are brand new devices rather than the refurbished models we have seen through other deals in the past.