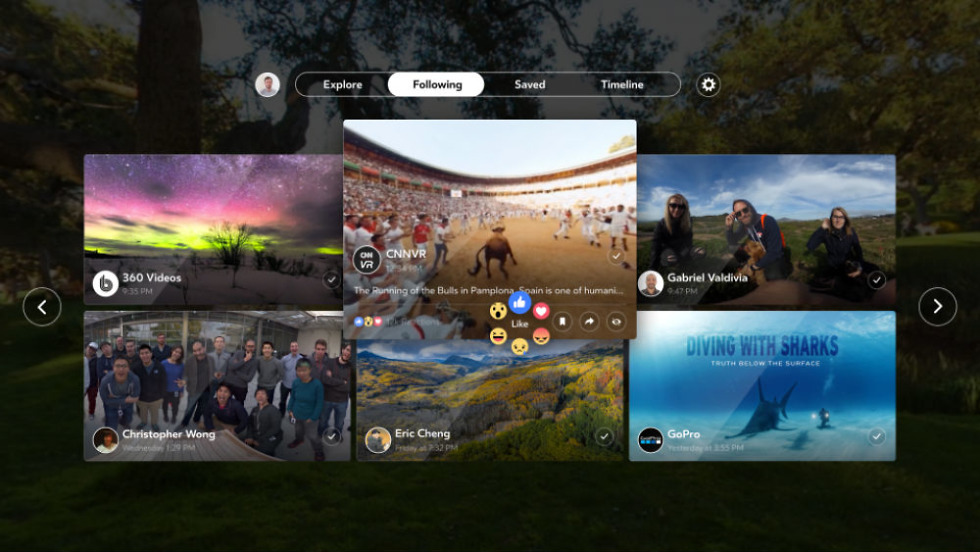 Gear VR owners have a new app to play with, straight from the folks at Facebook. Called Facebook 360, the app provides a single place to find 360-degree content, including videos and photos, from folks on Facebook.

For the Saved feed, you can access bookmarked content you’ve saved from News Feed on either desktop or your mobile device. And as for Timeline, you can “relive” your own 360-degree photos and videos.

To use it, you will need a Samsung device and Gear VR headset.