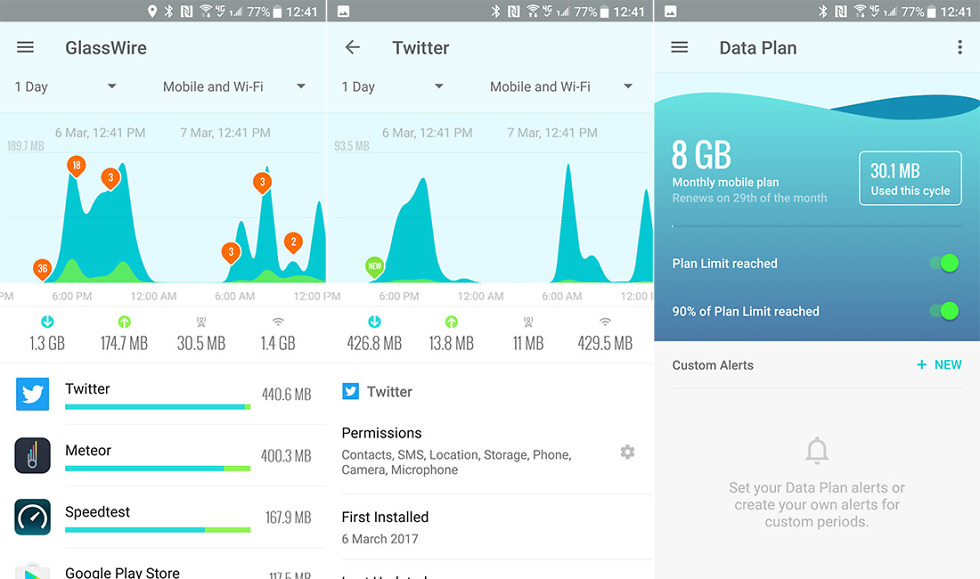 Should you consider yourself either an obsessive tech nerd or privacy freak, you may want to take a look at this new app called GlassWire. It just hit Android this week as a free app that helps you monitor the data/network usage of the apps on your phone. I know, that sounds boring as hell! But again, this is an app for obsessive nerds and privacy freaks who like to know everything that’s going on behind the scenes of their phone.

GlassWire as a company isn’t exactly new and you may be familiar with their Windows offering that acts as a tool to give you pretty thorough monitoring over your network. From visual network monitoring to webcam or mic detection and remote/multiple server monitoring, GlassWire is likely a handy tool on the desktop. For the Android version, think of it as GlassWire lite for now.

The GlassWire Android app keeps a running, live graph of network activity coming out of your phone, both on WiFi or mobile data connection. You can go back in time to see which apps were accessing what, easily check an app’s permissions, set your data plan limit to get notifications as you inch closer to its cap, and get an instant notification every time an app accessing data for the first time. Also, GlassWire says that “Your GlassWire data usage and app usage information never leaves your phone,” in case you were wondering. The only permission it requires is “Phone.”

I’ve been looking at GlassWire off and on for the past 24 hours or so and can certainly see how an app like this might be useful, especially over the long haul. I’ve already realized how much damn data a dude can crush on Twitter in a single day. Man.

The app is free with no ads. 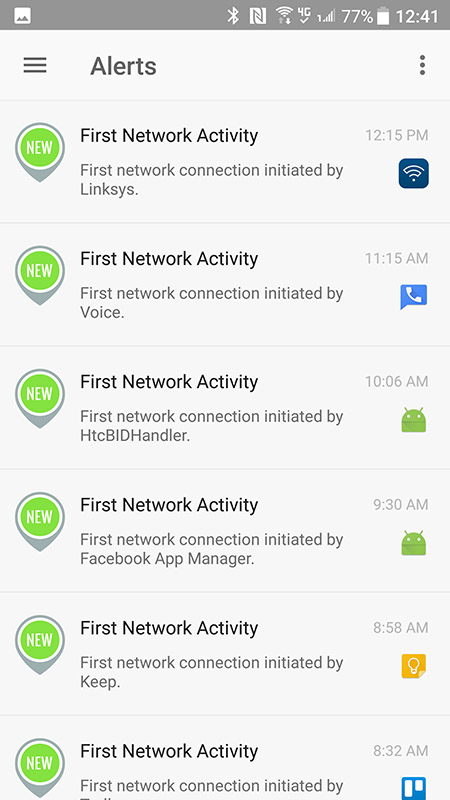 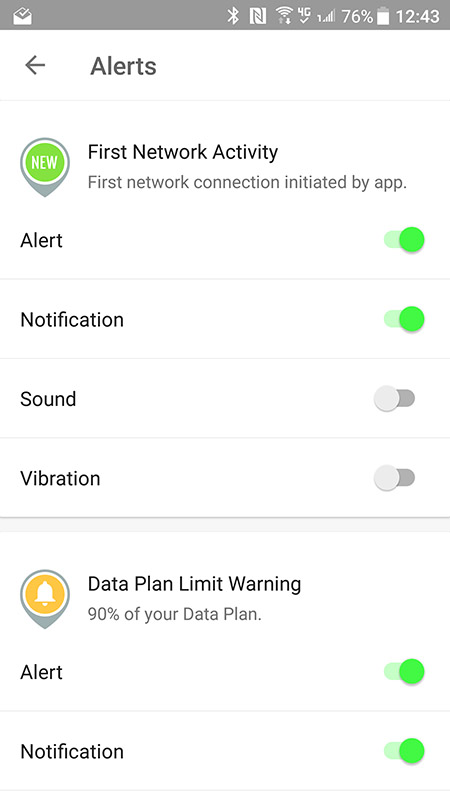