In recent years, I’ve more than likely gone through more routers than any normal person ever should. You see, since I sit at a desk in my house all day long using the internet, I can tell almost instantly when my internet has slowed or something isn’t right. For the longest time, I blamed routers and so I replaced them regularly whenever something new came out. I now know that it has always been Comcast that was the problem (shocker), but through all of those changes to equipment, I was led to an upstart WiFi system that has inspired a whole new wave of routers for consumers. Even Google has jumped on board. I’m talking about the Eero Home WiFi System, which I now consider to be my favorite tech purchase of the year.

As you are now well-aware, thanks to Google WiFi making it more mainstream, the future of consumer routers appears to be the modular type that create mesh networks throughout your house. The idea is that a single router may not be good enough to cover every corner of your house, so growing your network as is needed makes a lot of sense. Plus, the UIs and controls over the classic routers haven’t changed much over the years and offer pretty terrible experiences. Doesn’t it make more sense to be able to control everything from a polished, always up-to-date app? Also, don’t we want routers that update with new tech and software and features, all of which make them better the longer we own them? That’s sort of where Eero comes in and kills it.

With Eero, you get a router system that starts out with a single, well-designed squircle (square+circle) box that’s about the size of an Amazon Echo Dot. If your house is around 1,000 square feet, you could get by with a single unit. However, if your house is bigger than that, or you’d like the opportunity to hardwire additional routers to internet-connected devices in other rooms, you can expand the network with additional Eero boxes. Eero sells as single packs, 2-packs, and 3-packs.

The magic in Eero comes from the TrueMesh technology they use, where your set of units is constantly talking to each other to try and find the best path for data to travel to achieve the fastest possible speeds and best connection. All of these smart router systems are in on the mesh technology aspect, but Eero thinks their proprietary version is the the best in the business (of course). Also, unlike range extenders, Eero units have two radios each, so as they pass signal around to additional units, you won’t necessarily see any drastic speed drops. Plus, as you move throughout your house, your phone or tablet or other connected devices automatically switch to the nearest Eero to get the best connection. 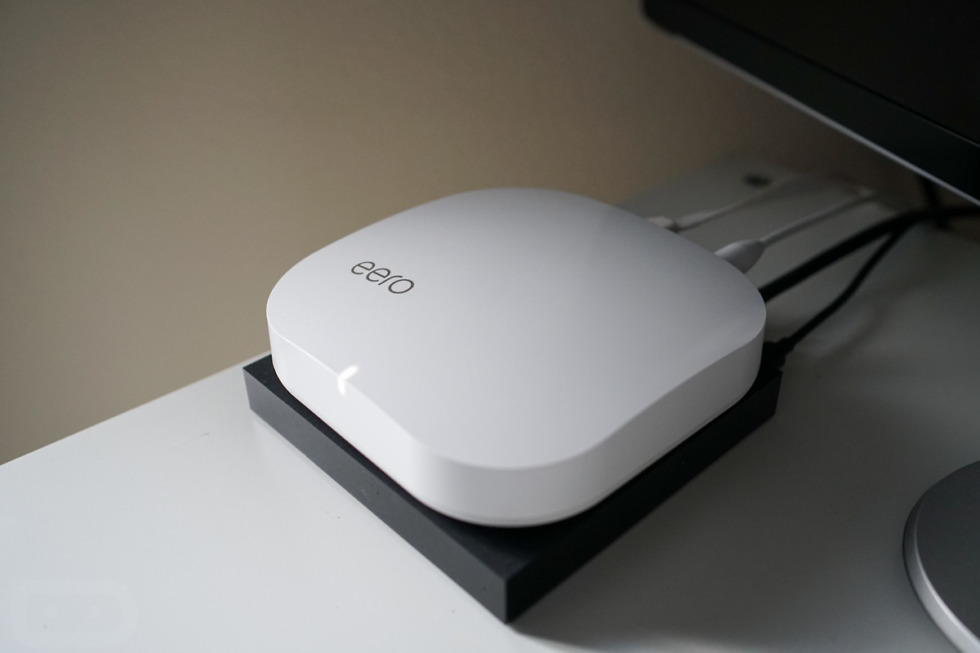 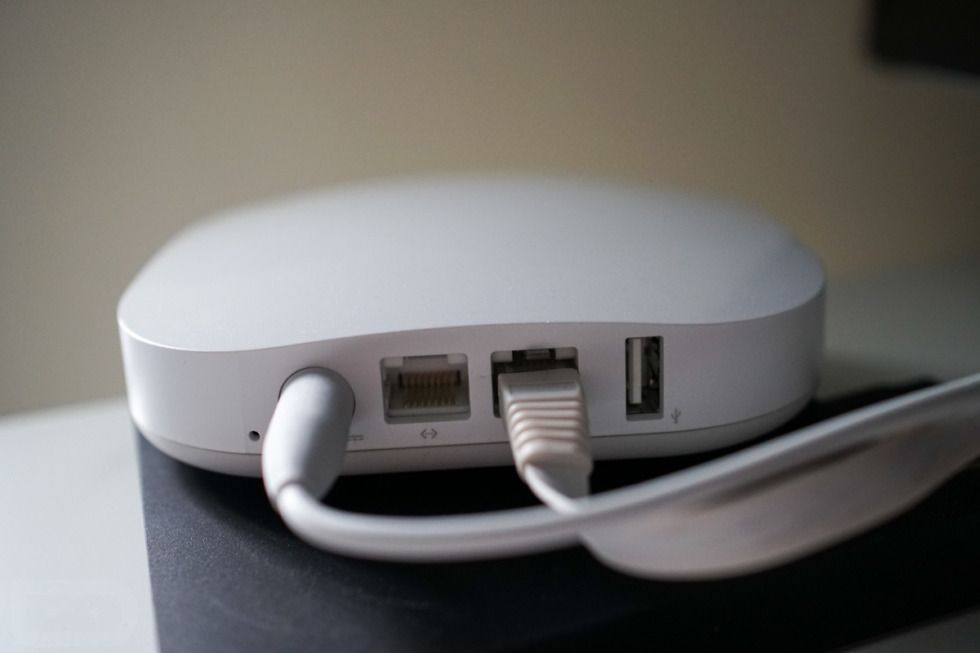 One of the other joys of an Eero is the setup process. Rather than plugging in a router to a modem, logging into a terrible web interface built in 1999, and then attempting to manually configure whatever needs to be done for your specific connection, Eero works the opposite. Instead, you download the Eero app, plug-in your first unit, and then they talk to each other to get setup. From there, you can name the network and set a password. Then, you take additional units through your house, plug them in, and Eero will tell you if the signal is strong enough or if it should be moved. And that’s pretty much it. After your Eeros are in place, you manage the rest from within their really nicely designed app.

My setup includes a main unit connected to modem in my office, a second unit attached to my living room TV, and a third upstairs in my master bedroom connected to an NVIDIA Shield TV. There are walls and stairs and lots of obstructions, all of which Eero doesn’t recommend you have. Still, I get solid speeds throughout my house, no matter which unit I’m connected to or which frequency. 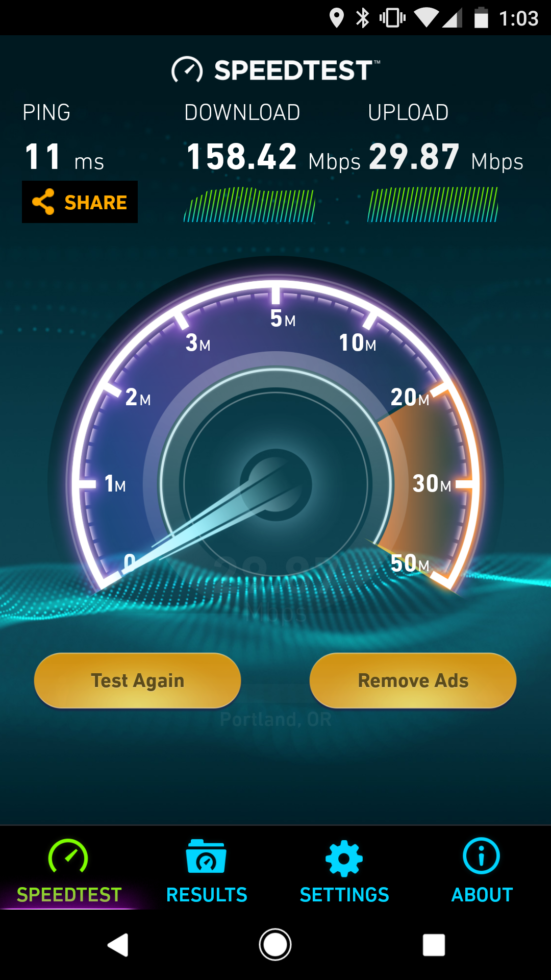 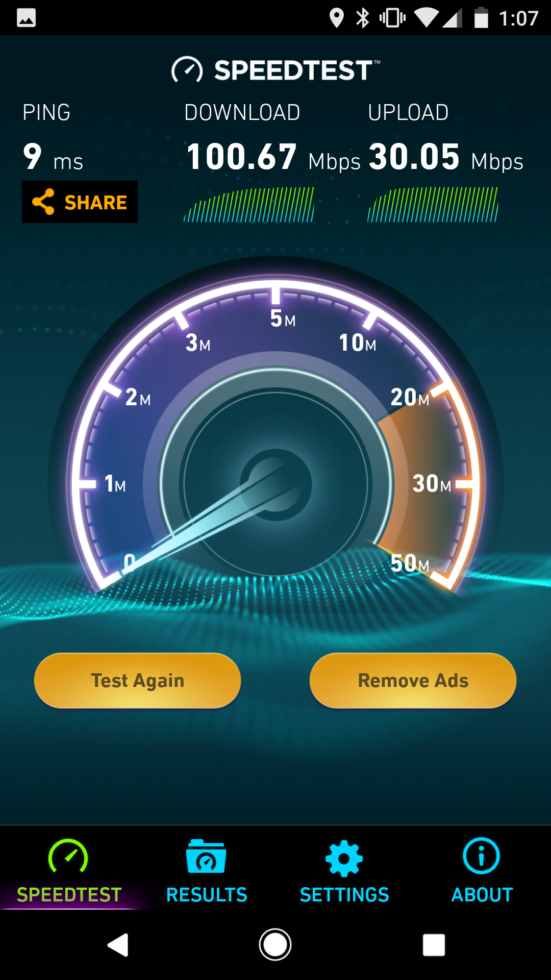 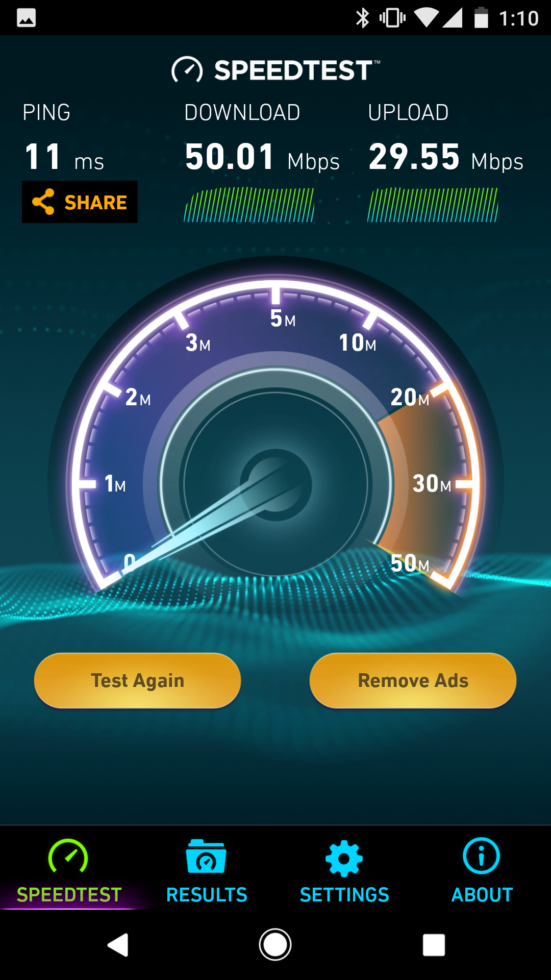 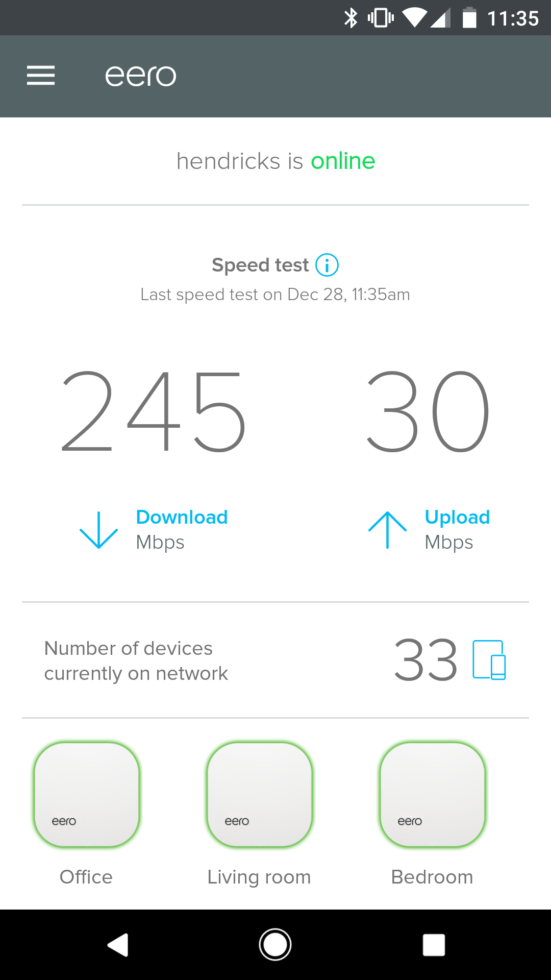 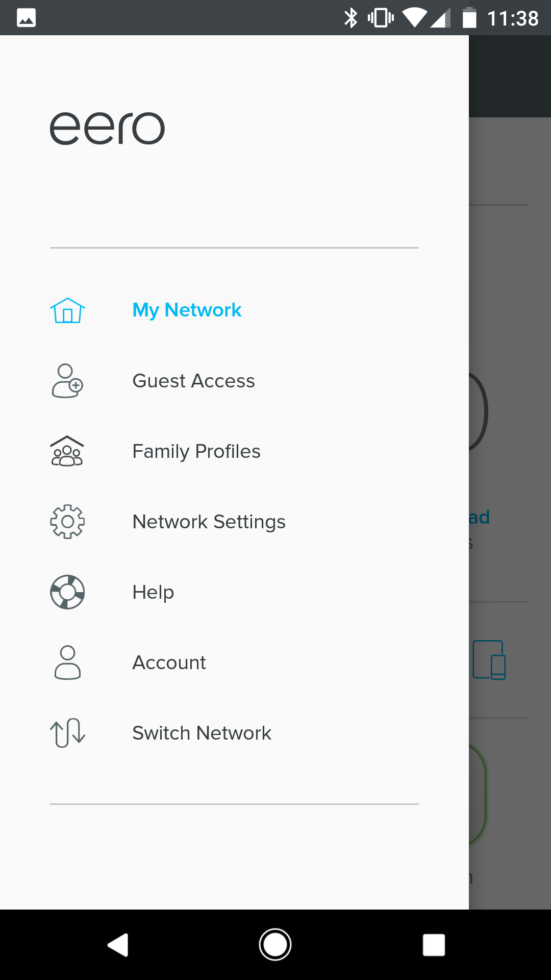 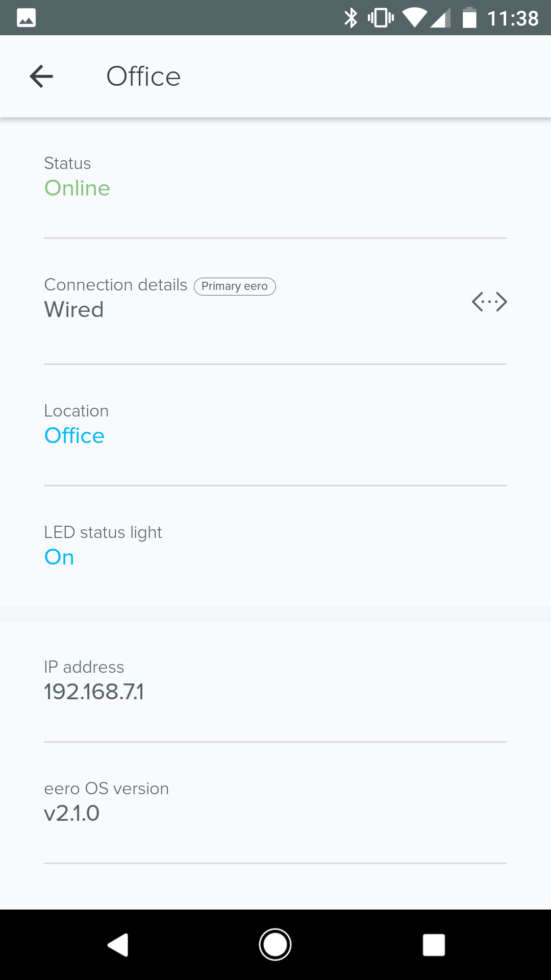 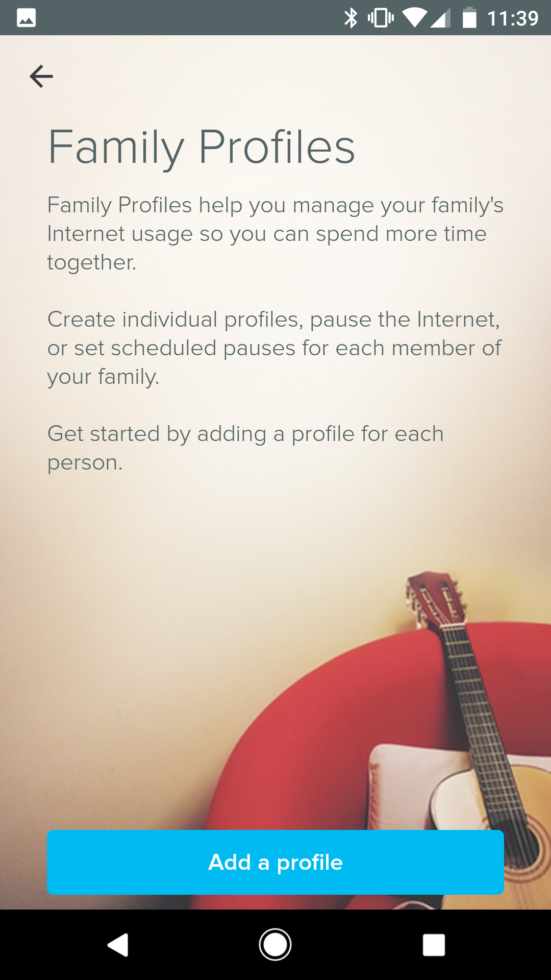 For example, you can see how many devices are connected to your network, which Eero unit they are connected to at the moment, how strong their connection is, what the connection type is (2.4GHz, 5GHz, or wired), and what their IP and MAC addresses are. You can even set a nickname for each device, plus Eero keeps track of previously connected devices, including when the last time was that they were active.

Outside of individual devices, the Eero app shows you information about each Eero unit too. You’ll get information on model and serial numbers, likely for support issues, what the connection type is, where it’s located, the software version, and a toggle to turn the LED light off or on. But they also tell you the MAC for each ethernet port (they have two ports each) and the two WiFi BSSIDs. There is a ton of info here. 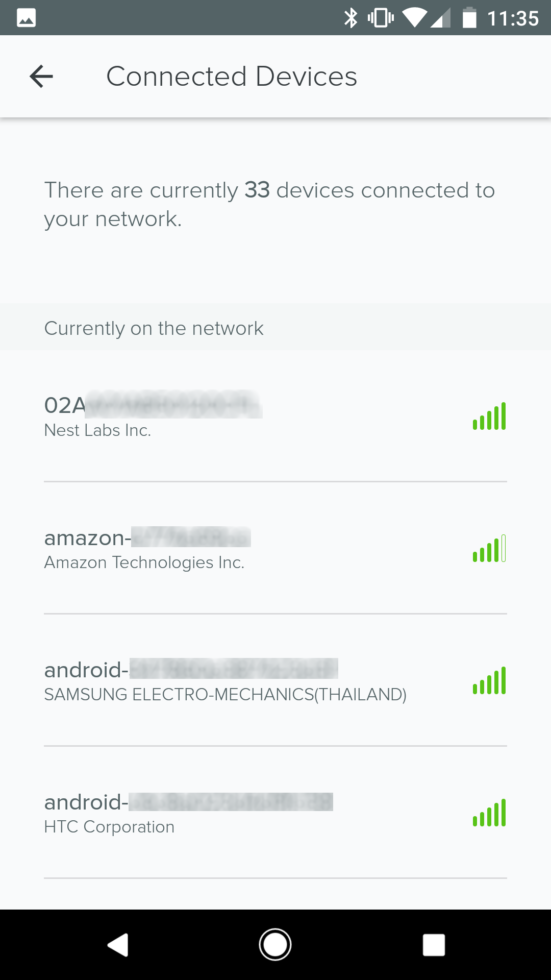 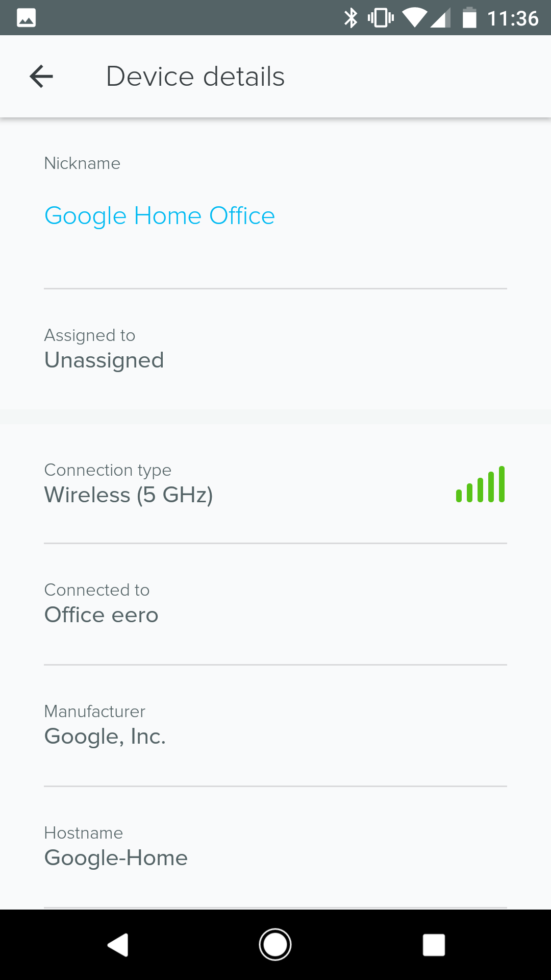 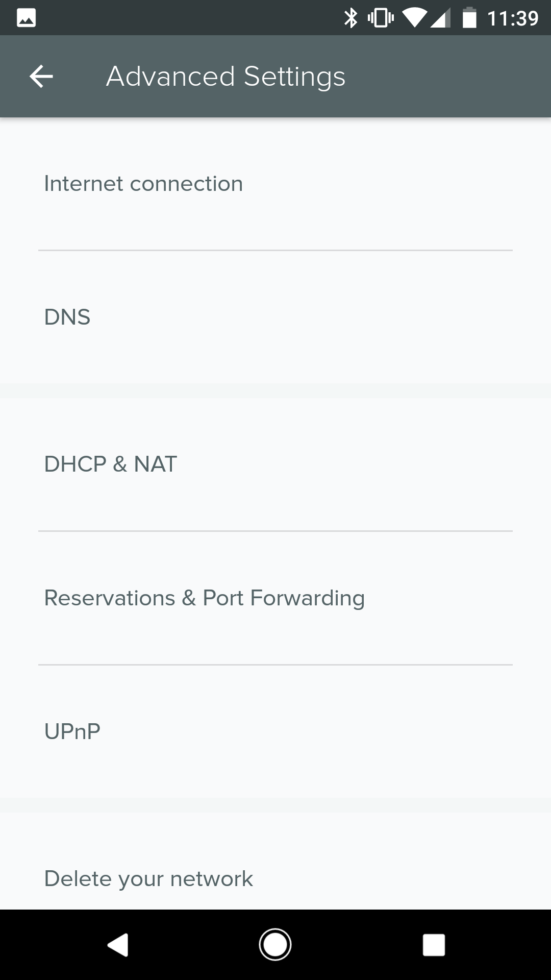 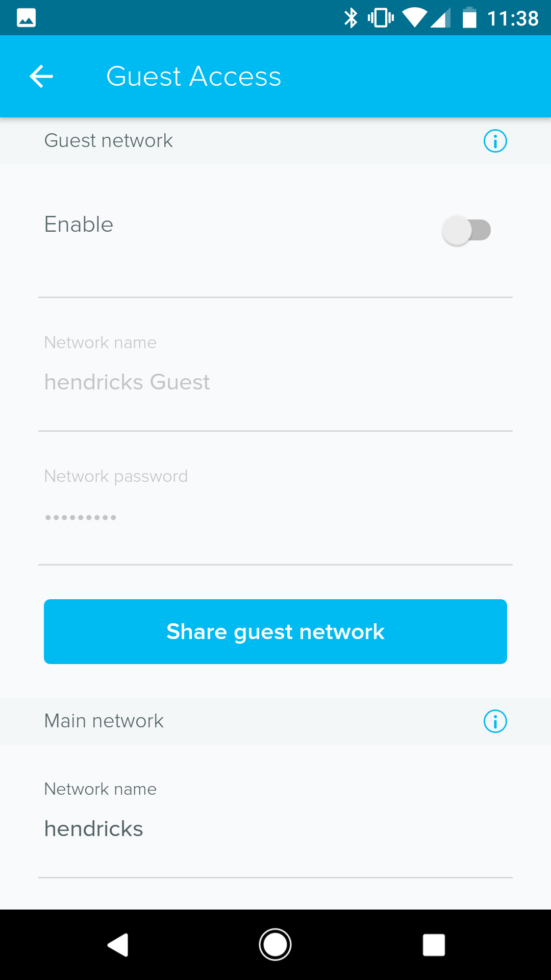 Should you run into network issues, your Eero app will show you which Eero unit is down and offer some support to diagnose the problem.

If you want to put your advanced network skills to the test, Eero does offer some access to ISP or static IP settings, plus DNS, DHCP and NAT, UPnP, and port forwarding controls.

I should also point out that just recently, Eero pushed out a massive update that included a lot of what I just mentioned. While this stuff shipping out of the box months ago would have been appreciated, this also shows the benefit to buying a product like this in that it will get better over time, just like your smartphone does.

One of the features I really appreciate about Eero is the fact that each unit features two ethernet ports. That allows me to hardwire devices in other locations in my house that previously were always only ever connected to the internet through WiFi. In theory, that should provide a much better or at least more stable connection. In my testing over the past few months with this setup, it certainly seems to have offered a much better internet experience around our house.

Ever since we cut cable and subscribed to Playstation Vue, we stream everything. If we aren’t watching Vue, we’re streaming a movie through Google Play or HBO NOW or Netflix. Everything we consume through a TV now is done over the internet. By hardwiring our main TV in the living room and NVIDIA Shield TV unit in our bedroom, those connections that get used the most have been rock solid.

And I get it, in a way, a unit connected to a TV in my living room is still technically connected through WiFi (Eero to Eero), but instead of being connected from a router over WiFi from a distance, it’s now hardwired to an Eero that is connected to another Eero. It’s a pretty neat little trick.

Eero is most definitely a product that has made our house smarter and more efficient in the internet department. I can manage our network from anywhere through the app, monitor issues (if it’s having any that I will always now blame on Comcast), and geek out a bit about how cool my WiFi setup is when people come over. I’m also a huge fan of updates that bring new features, which is something that seems to happen regularly.

Outside of phones, Eero is my favorite tech purchase of 2016, probably by a lot.

Should you buy Eero?

Here’s the tough part. As much as I love my Eero system and would love to recommend one to all of you, that’s going to be tough. Eero was one of the first out of the gate modular, mesh-powered WiFi systems and I jumped in early. I made the substantial investment, which at the time was $499 for a 3-pack. The problem is that as others have come in to play at lower prices, Eero remains the most expensive.

Before selling out, Google WiFi – which is basically the same thing, yet powered by Google’s bank account – could be had as a 3-pack for $299. That’s $200 cheaper than Eero, plus it’s a Google product that does most of the things that Eero does, has a sweet app, and will likely only get better and better, possibly with cool Android or home automation tricks as Google improves it to work with Home and Assistant. Also, you could buy Luma (another competitor) today for around $300, plus it comes in different colors too.

My suggestion is that if you are in the market for a new router and want to go with one of these trendy new WiFi system options, know that Eero is a great product that you’ll thoroughly enjoy. However, there are other options out there, including Google’s that you should take a serious look at in order to save a couple of hundred bucks.

If you are interested in Eero, which really is a great product, you can buy it from places like Amazon and Best Buy.