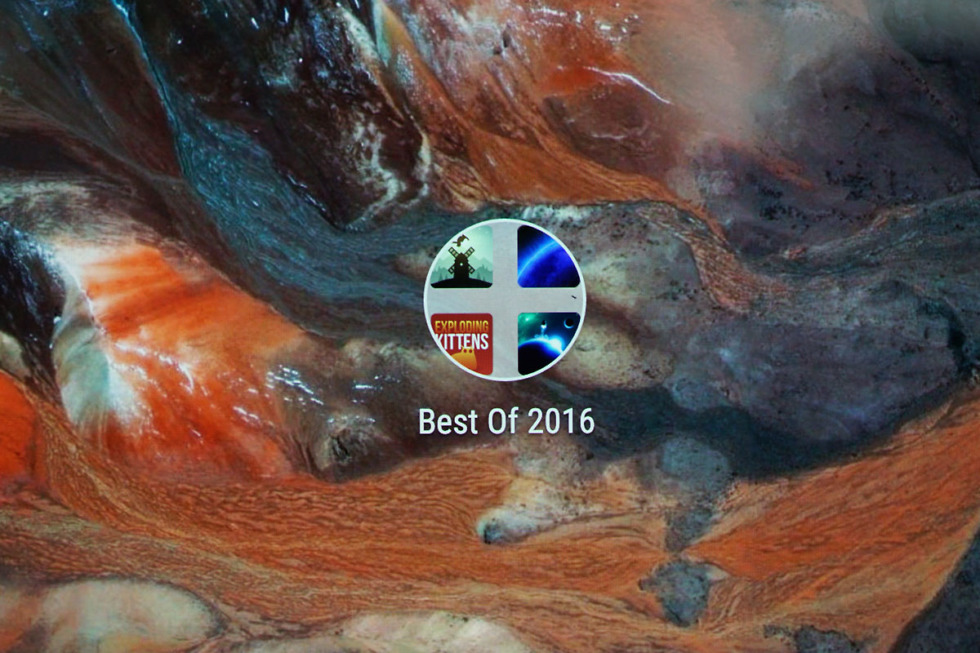 As a mobile gamer, I’d say 2016 was a solid year for Android games. We saw a ridiculously massive launch with Pokémon GO, enjoyed multiplayer fun with Exploding Kittens, and made our way through beautiful landscapes in Alto’s Adventure. Sure, Tiny Wings still isn’t out on Android, but screw it, we’re moving on.

We have compiled a list of our favorite Android games of 2016, but they are in no particular order. To put it simply, these are the games we most enjoyed during the year, so if you happened to miss any of them, be sure to check them out. 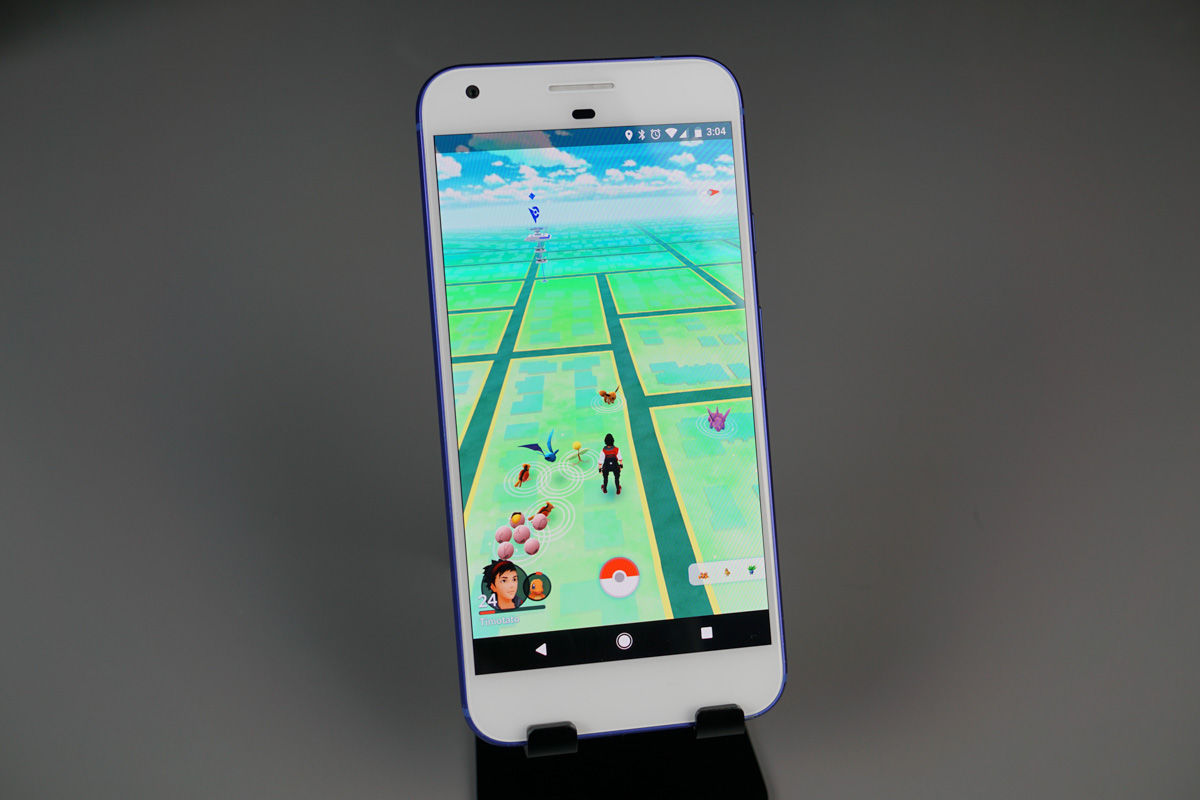 Hate it or love it, Pokémon GO was huge. It was massive. From a nostalgia standpoint, Pokémon GO brought the little Pocket Monsters back into the hearts of millions, and whether or not the game is all that amazing, it at least got people out of their house and interacting with others on a scale that no other mobile game has ever done.

If you need a quick recap of how it works, players select a team (Blue, Red, or Yellow), then go out into the world and find Pokémon. Once you have your little creatures, you can place them inside of Gyms and have them battle each other. To get more supplies, such as PokéBalls and pieces of fruit to help capture more powerful Pokémon, you must head to PokéStops. The overall goal is to walk around your area, discover new Pokémon, and basically become your neighborhood’s premier Pokémon Master.

I may be wasting my breath telling you this, but if you still haven’t given this game a go, it’s never a bad time to start playing. It’s a ton of fun, at least until you hit around the Level 30 mark, then it becomes a real pain to level up. 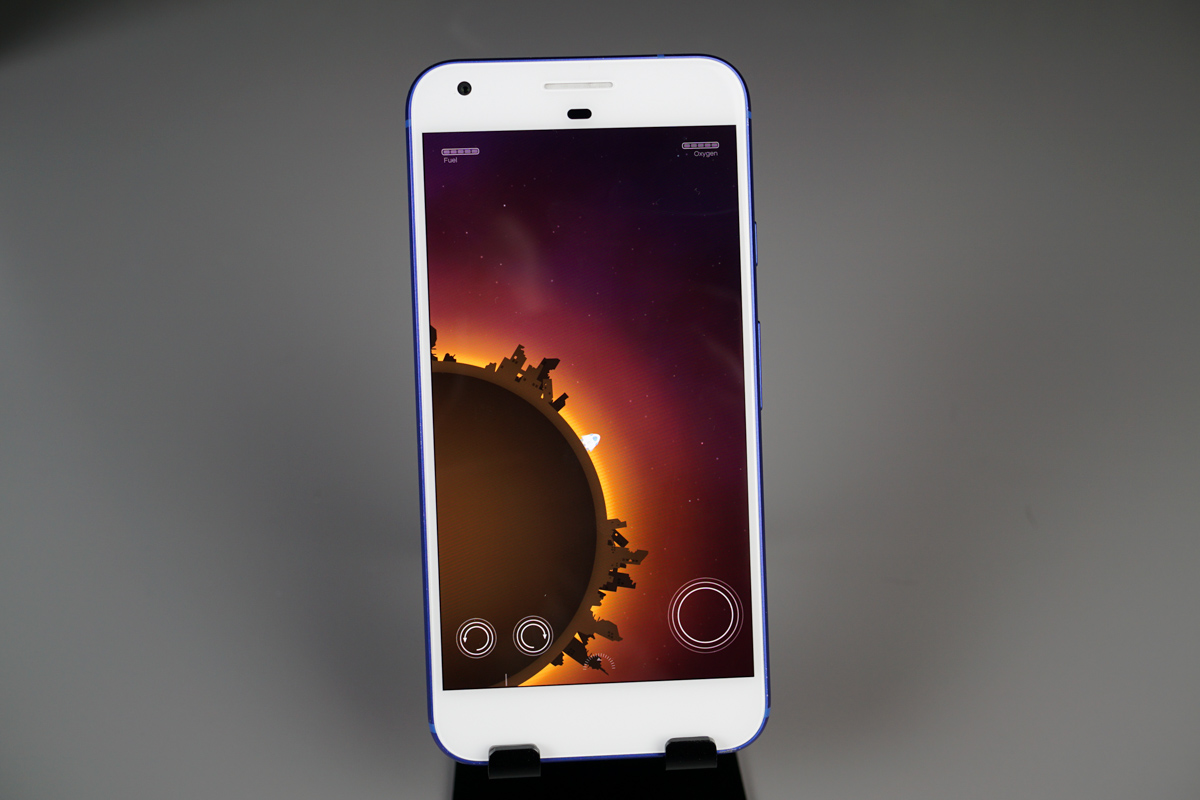 Last Horizon is a game we talked about around the time of its launch, but not much more. To me, the game is very enjoyable, but sadly, it’s rather short and some may find it to be a little on the easy side. While both of these criticisms could be labeled as true, this game is still plenty of fun.

To break it down, you command a spaceship in an attempt to find a new world, since your home planet has been destroyed. The controls are just like the classic Asteroids game, and on top of that, there are many obstacles you will face on your way towards a new home planet. Along the way, you will need to refuel on alien planets, meaning you will need to master the art of thruster management, which is no easy task.

For the price of $3, Last Horizon is a pretty great game for fans of space and the classic arcade-style games. Definitely worth the price of admission. 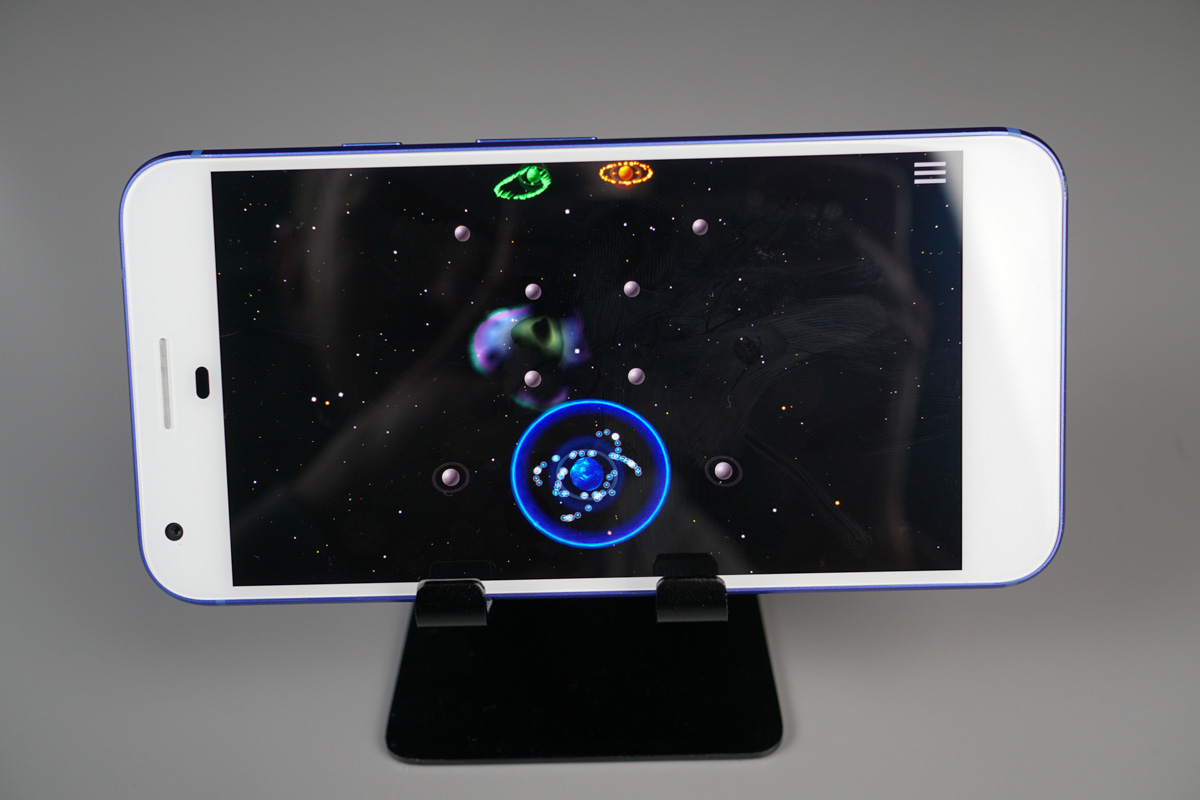 Another game we raved about at time of launch, Auralux: Constellations is a sequel to the original Auralux strategy game. In the sequel, War Drum Studios introduced a ton of new intergalactic Risk-like levels, Android TV support, an online multiplayer, and native 4K support. The result of these additions is a game that looks much better and offers hours of gameplay possibilities.

In the game, you are given command of planets that produce units. These units are used to capture additional planets (which create more forces), as well as destroy your enemy’s planets. The goal is to destroy your enemies and capture all planets.

At first, the game seems easy enough, but let me tell you, it ends up being anything but easy. There are countless levels in the sequel that I cannot complete, simply because the computer’s AI seemingly predicts my move before I can make it. While this is aggravating and extremely challenging, it does help create a unique gaming experience that strategy game lovers will enjoy.

The game is free to download, but to unlock all levels and content, you are looking at a full purchase price of $9.99. 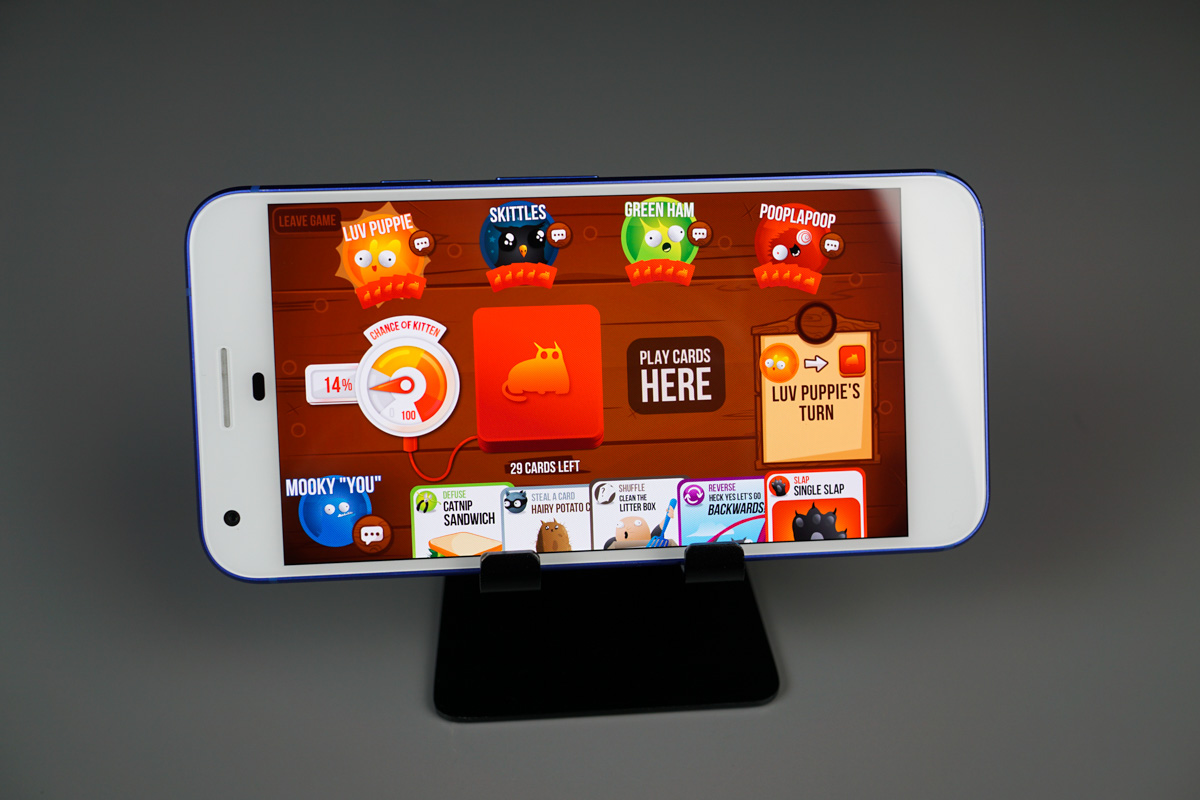 The most funded game in Kickstarter history, otherwise known as Exploding Kittens, made its way to Android this year. To put it elegantly, this game totally kicks ass.

To start, you will need to learn the rules, but trust me, it’s not difficult at all. To sum up the game, it ends once a player pulls an exploding kitten card and doesn’t have a card to disarm the bomb. However, while everyone is on pins and needles in a desperate attempt not to pull that exploding kitten card, there are other cards in the deck that can help master strategists ensure their victory against opponents.

I can’t say enough good things about Exploding Kittens, so please, if you have a friend you’d like to challenge (you can also play random online opponents), definitely go grab it for the $1.99 price. You won’t be disappointed. 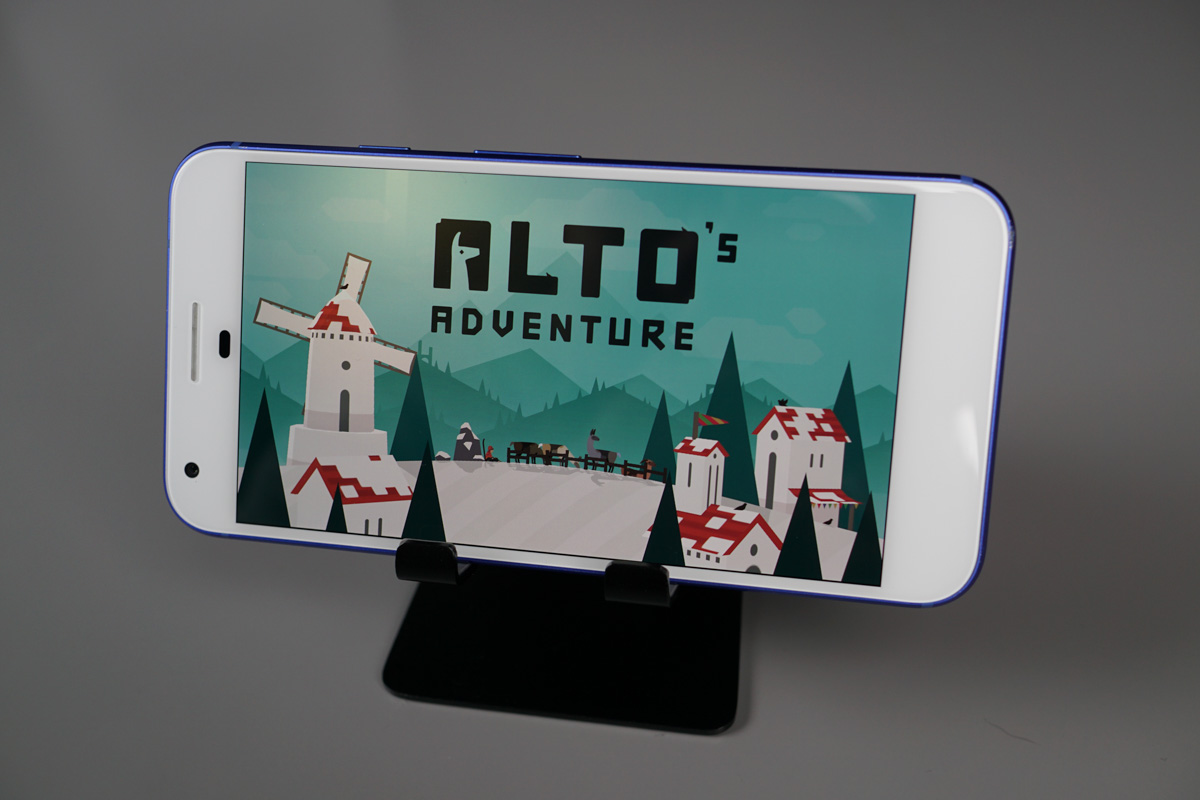 Perhaps 2016 scared you completely under a rock and you missed out on the awesomeness that is Alto’s Adventure, but don’t worry, that’s what yearly recaps such as this are for.

In this game that will surely go down as one of the best mobile games ever created (there’s likely some type of scientific research to back this claim up), you initially play as Alto in a snowboarding adventure down a hill. As Alto, you are tasked with capturing escaped llamas. Now, if that does’t set the scene for a great game, I don’t know what will.

Anyway, as you progress in the game by completing various challenges, you unlock new characters that all have different skill sets. Some characters can jump higher, while others keep momentum better as they go downhill. The point is, with plenty of challenges and characters to do crazy flip and grind tricks, Alto’s Adventure is a game you don’t want to skip.

Is this list missing something better? Let us know in the comments.