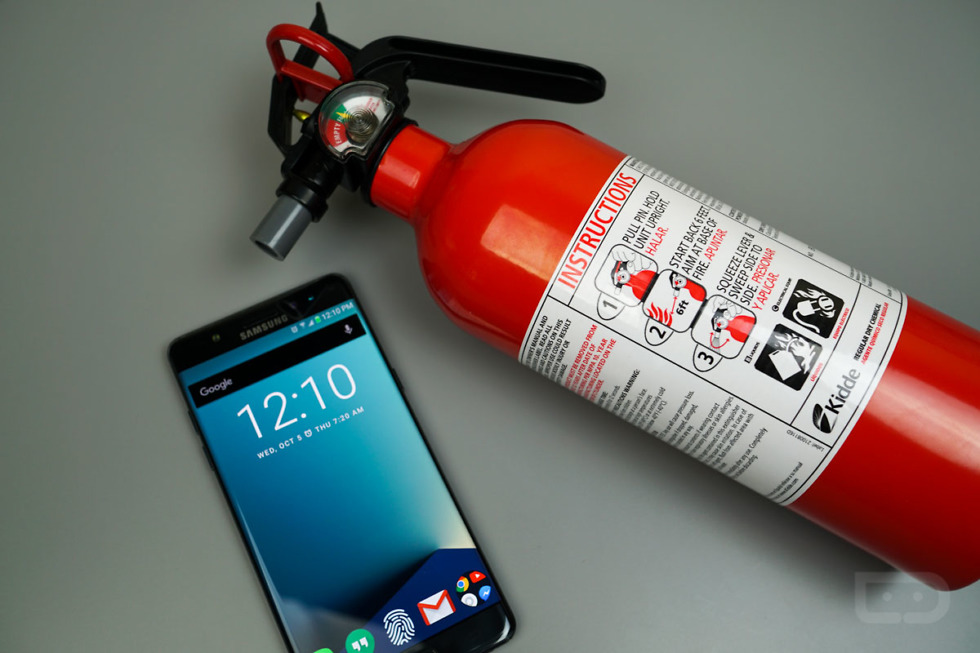 Mobile research firm Apteligent (used by Netflix, Snapchat, Pokémon GO, and plenty others) published its “2016 Mobile Year in Review” report this week, containing quite a few interesting findings that offer a bit of insight into the current usage statistics for Android smartphones.

The major takeaway from the report are the usage statistics for the Galaxy Note 7. According to Apteligent’s findings, the Note 7 currently has higher global usage numbers than the LG V20 (launched October), OnePlus 3T (launched November), and HTC Bolt (Sprint exclusive that launched November) combined. For a recalled device, that’s pretty impressive.

Back at the time of the first recall (early September), the Note 7 absolutely dominated global usage numbers for phones launched in the second half of 2016, and it actually took until mid-November for another device to overtake it – the Sony-made Xperia XZ. As of right now, there are a few phones with higher global usage numbers that were launched in the same timeframe, including the Pixel, Pixel XL, and Moto Z. 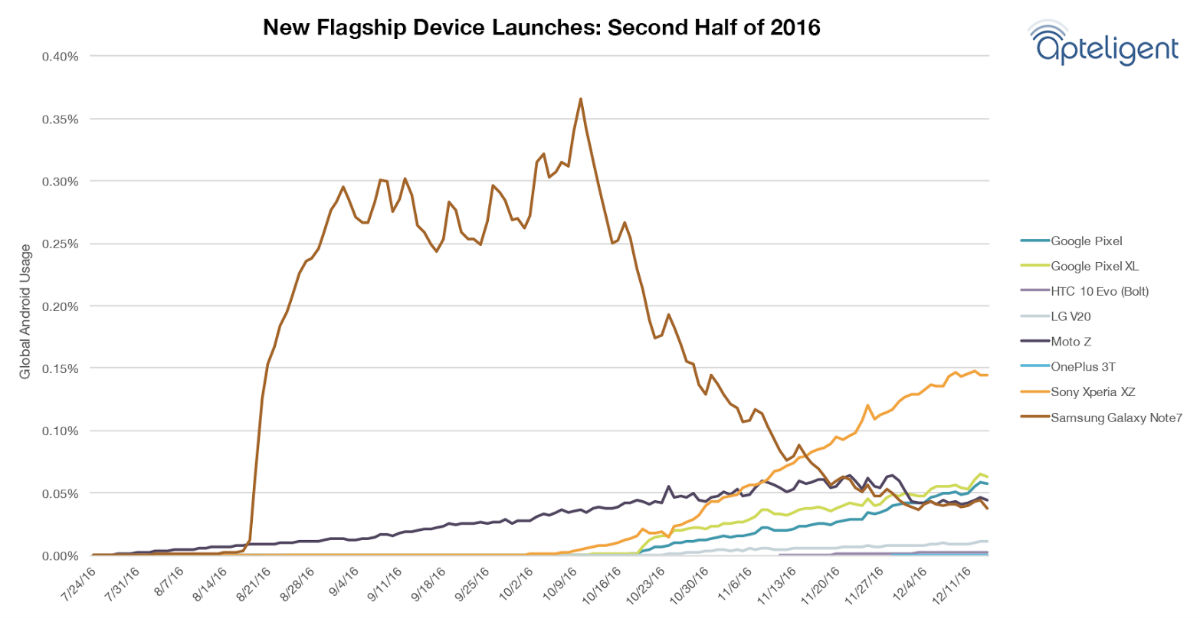 Unfortunately, there is no graph currently available detailing usage stats between H1 flagships and H2 flagships, but it seems safe to presume that the Galaxy S7 and Galaxy S7 Edge would rank quite high. It would also be nice to see where the LG G5 sits against other flagships. The question is, would Note 7 usage stats beat out current stats for the G5? It seems quite possible.