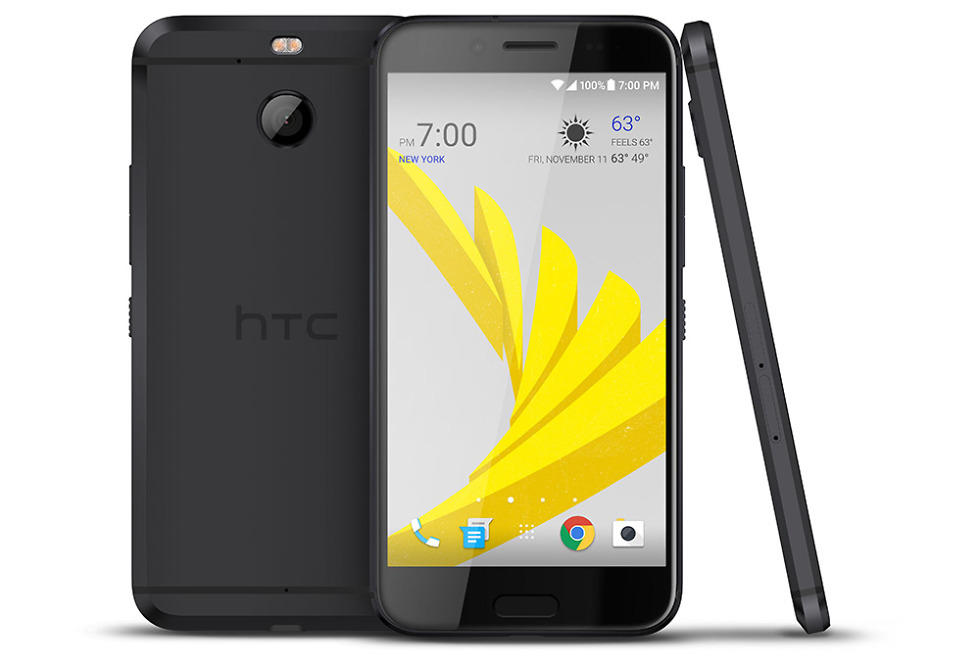 HTC has a new phone out today on Sprint (yes, it’s an exclusive) called Bolt. It has leaked a bunch, so if you follow the smartphone world, it probably won’t be all that new. If you don’t, well, let’s talk about what the HTC Bolt is.

The story here, as I mentioned in the title, is a mixed bag of old and new. On one hand, the Bolt features a QHD display, Type-C port, IP57 water resistance, and lacks a headphone jack. It’s basically all of the new trends for smartphones wrapped in an HTC body. But then on the other, you have last year’s Snapdragon 810 processor, a 16MP f/2.0 camera, and USB 2.0 in that Type-C port. It also just looks like a slightly refreshed HTC 10 from earlier this year, except the processor has been knocked down a notch to the old flagship from 2015.

To be honest, I don’t know why this phone exists. It’s not dramatically cheaper than HTC’s 2016 flagship, HTC 10 (it’s only $50 cheaper). The differences are in the older processor, lack of headphone jack, and inclusion of water resistance. So by cutting $50 off the price, HTC created a phone that only Sprint customers can get, customers who think water resistance is more important than a modern processor and headphone jack.

You can buy the HTC Bolt today at Sprint in either silver or black. It costs $25 per month on a 24 month contract or $600 at full retail. 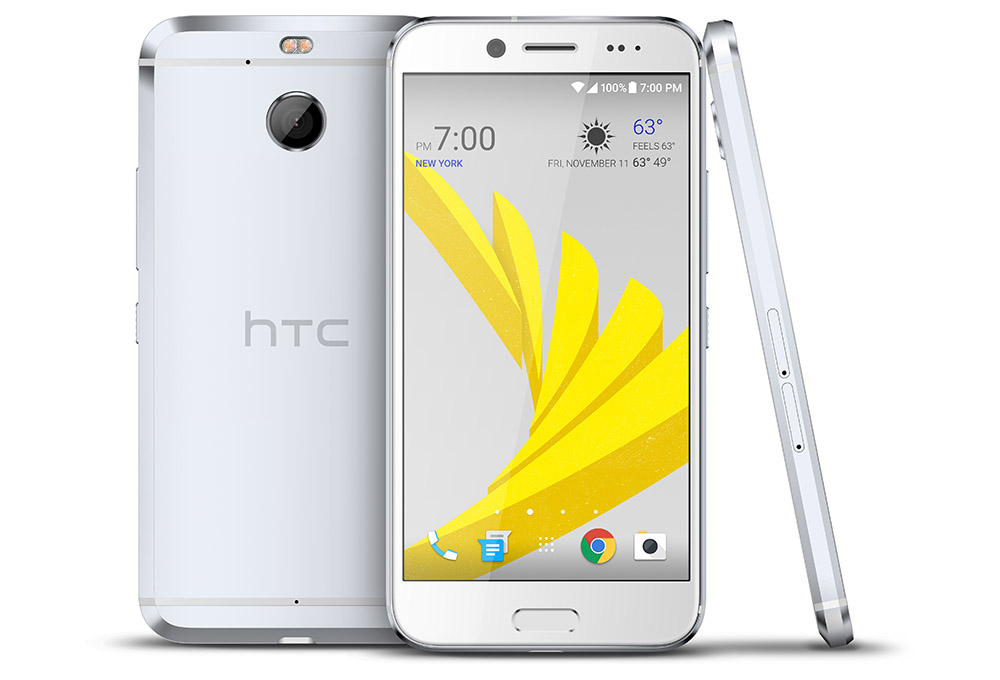 Built for the Sprint LTE Plus Network, HTC Bolt is Sprint’s Fastest Smartphone Ever

SEATTLE – Nov. 11, 2016 – A blaze of lightning across the sky. A world-class sprinter dashing across the finish line. Stunning speed is thrilling, exhilarating and empowering – and like a lightning bolt or sprinter, speed was the inspiration for HTC, a leading innovator in mobile and virtual reality technology, to create HTC Bolt: the fastest Sprint smartphone. Built for the extraordinary Sprint LTE Plus network – with support for 3×20 MHz Carrier Aggregation1 thanks to the Qualcomm® Snapdragon™ X10 LTE modem – and available to purchase beginning today, HTC Bolt blazes with data speeds that leave the competition in the dust.

With HTC Bolt web browsing, file downloading, streaming video and music is smooth and vivid. Sharing photos and videos with friends seems to be almost instantaneous and online gaming races like never before.

Forged from glass and metal, HTC Bolt is a dramatic evolution of HTC’s “sculpted by light” design. It features a 5.5-inch Quad HD (2K) display and it is the first water-resistant aluminum unibody Android phone2, along with more precise contours and a flatter back for sharper contrast that catches light beautifully. Bold, chamfered edges are carved out of Gunmetal or Glacier Silver3 metal to make the 3.7mm side cut look and feel slimmer than ever in your hand. HTC Bolt also introduces HTC BoomSound® Adaptive Audio earphones that tailor sound to your ears’ unique structure for a truly personal audio experience.

“The HTC 10 released earlier this year was the most advanced smartphone we’ve ever built, so we knew we had to raise the bar even higher for Sprint’s most advanced ever network,” said André Lönne, president of HTC America. “For HTC Bolt, we took everything that was so great about the HTC 10 and made it even better. We took the award-winning design and made it water-resistant. We took the awesome audio and made it more personal. And, of course, we took the wireless speed and supercharged it with Sprint, turning HTC Bolt into a smartphone unlike any you’ve ever experienced.”

HTC Bolt features HTC BoomSound Adaptive Audio, which scans your ears and the ambient noise around you to adjust audio output to suit your personal hearing capabilities. Just plug in the USB Type C headphones (included) and, almost instantly, you’ll experience music and movies with thundering bass and pitch-perfect treble that sound clearer than you believed possible. In addition, Hi-Res audio delivers 24-bit sounds as you would hear it in the movie theater, nightclub or concert hall.

Sharper shots in a snap

Whether you’re in town or out hiking, incredible moments can happen when you least expect them, so HTC Bolt’s 16MP camera, supported by the Snapdragon processor, has OIS (Optical Image Stabilization) to reduce camera shake and capture sharp photographs and 4K video even in low light. With a quick camera launch time and an ultra-fast autofocus of 0.3s with Phase Detection Auto Focus, you’ll be sure to capture the perfect shot every time.

Selfies are great, too, with HTC Bolt. An 8MP front camera with Auto HDR means vivid details will bring out your smile and the environment behind you. Super-wide panorama mode lets you capture your whole family and an expansive background, and an integrated screen flash ensures shots look great in low light.

Running the latest Android 7.0 Nougat out of the box, HTC Bolt offers all the powerful features you would expect from the latest flagship smartphone, including split-screen view, quicker multitasking, free unlimited photo storage with Google Photos™, and Google Duo™ video calling preloaded.

HTC Bolt’s built-in fingerprint sensor lets you unlock your phone at the touch of your finger – in as little as 0.2 seconds and lets you lock and unlock apps using Boost+. Even better, Boost+ also keeps your phone in top condition by cleaning up junk files and dynamically allocating resources like phone memory as required, ensuring your phone runs smoothly and efficiently.

HTC Freestyle Layout frees you from an on-screen grid and lets you customize your home screen. Drag icons, stickers and widgets anywhere, layer them, overlap them, group them and more. You can even link stickers to apps, or just get rid of on-screen icons entirely.

Power users can rejoice that all these features are supported by a powerful 3,200mAh battery, enough for up to a day or more use on a single charge. If you need to recharge quickly, HTC Bolt features Qualcomm® Quick Charge™ 2.0 technology for fast charging4. Load up on photos, videos, movies and games with the HTC Bolt’s 3GB RAM and 32GB storage space5, expandable with optional SD cards for up to 2TB of space so your storage needs are covered now and far into the future.

HTC Bolt is now available at Sprint stores, www.sprint.com and 1(800) SPRINT1 for just $25 per month over 24 months with installment billing.6