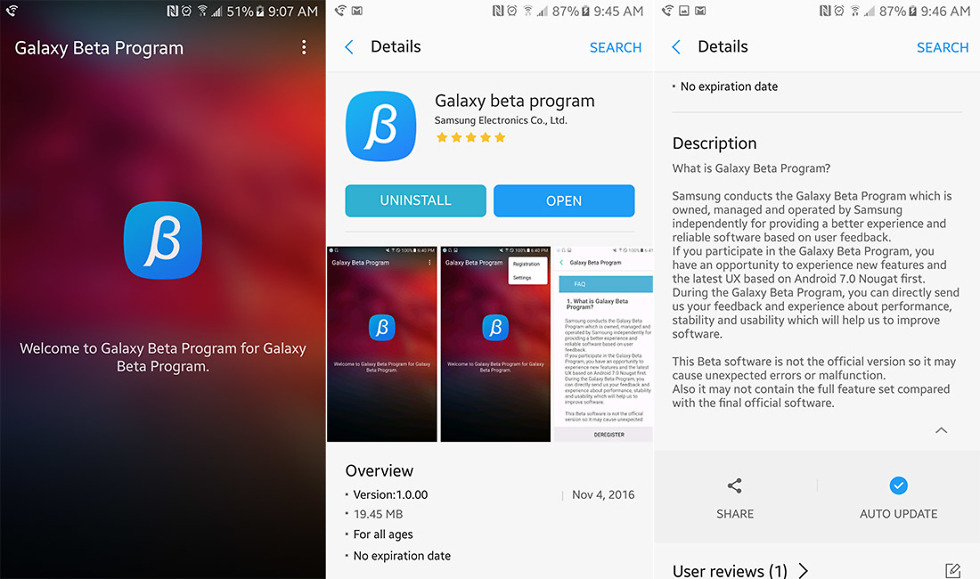 With the Galaxy Note 7 officially dead along with its expected Android Nougat update, we have been on edge trying to figure out when Samsung would push Android 7.0 to its other 2016 flagships, the Galaxy S7 and Galaxy S7 Edge. According to one of our readers who stumbled into the Galaxy Apps store this morning, the beta test for it could be happening now.

The Galaxy Beta Program was updated this morning to show that Android 7.0 Nougat is on the way. Unfortunately, our reader who first noticed the update is now getting an error on his T-Mobile Galaxy S7. We are also unable to access the page from our unlocked Galaxy S7.

Either way, as you can see from the screenshots above, the update will provide “new features and the latest UX based on Android 7.0 Nougat.” Hopefully, that means the UX from the Galaxy Note 7 that was so delightful.

To see if the Galaxy Beta Program with Nougat is available for you, head into the Galaxy Apps store and search for “Galaxy beta program” or just hit this link.