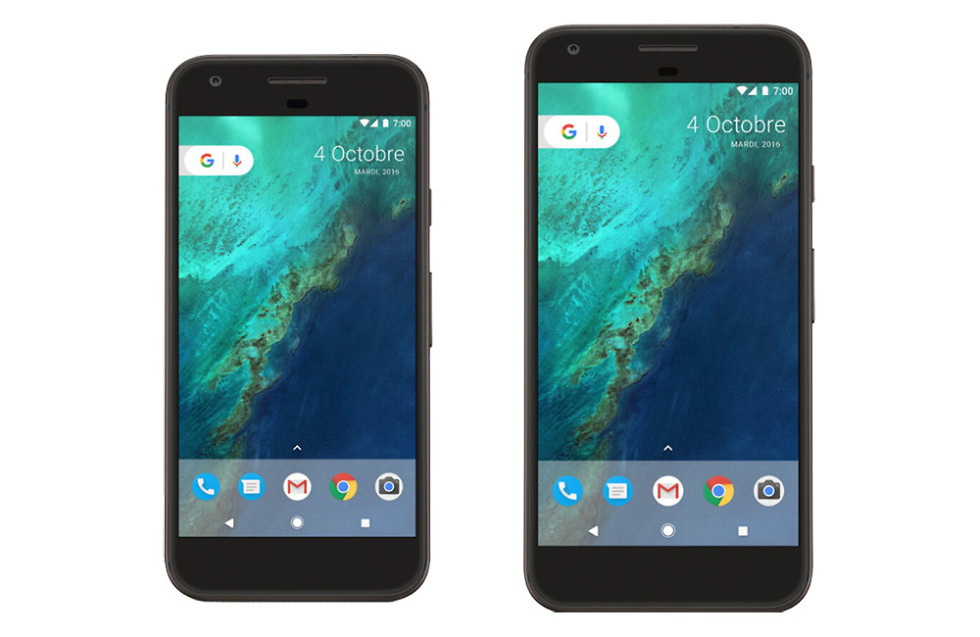 Thanks to numerous leaks from carriers and retailers like Carphone Warehouse, we basically have the official specs list for Google’s Pixel and Pixel XL. While we can’t say with 100% certainty that these will be final on October 4 when each phone is introduced by Google, these are the specs we expect to accompany each and would be shocked if something changes. I say that because these are the specs that have leaked over and over again, but Carphone Warehouse in particular has added a bit of extra detail in their postings.

The Pixel and Pixel XL will really only differ in display size/resolution (5″, 1080p vs. 5.5″, 1440p), battery capacity (2770mAh vs. 3450mAh), and in overall phone size and weight. By all means, these phones are equals and seem to have been built for those who want choices between big and normal sized phones.

As for what’s in common, each phone runs on Qualcomm’s new Snapdragon 821 processor with 4GB RAM and will come in either 32GB or 128GB storage options. They each have 12.3MP rear cameras, 8MP front cameras, fingerprint readers, USB Type-C ports, and fast charging.

UPDATE: These are now official and updated.

NOTE: We’ll add a note once Google makes these official and tweak anything that needs tweaking.