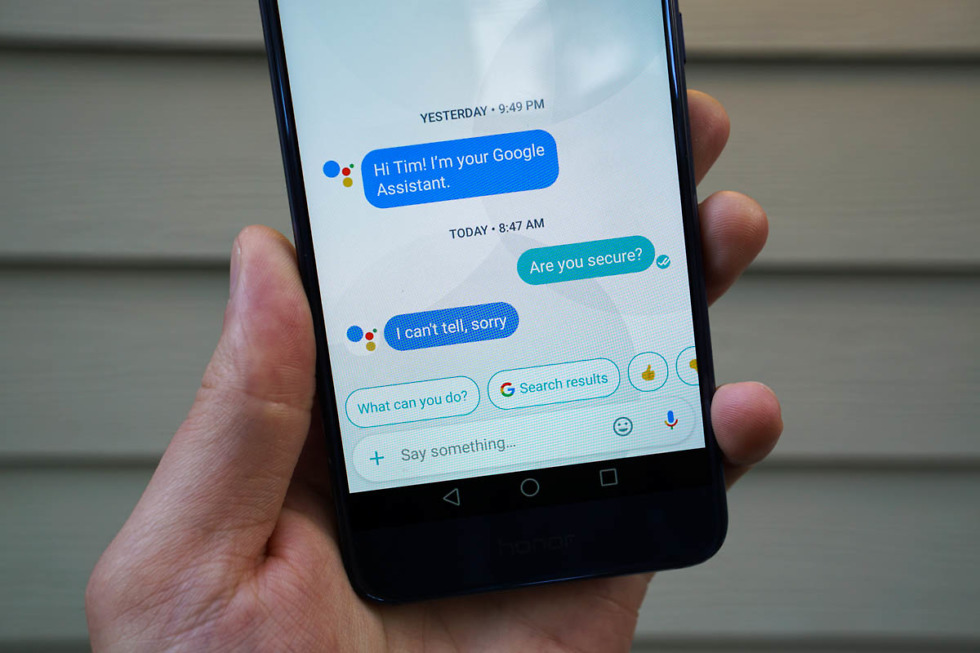 With figures like Edward Snowden and Johns Hopkins’s Matthew Green taking to Twitter this morning, many should be questioning whether Allo is the right messaging service for them. When unveiled at Google I/O earlier this year, Google discussed the level of privacy one could expect from the Allo service, with end-to-end encryption Incognito mode and the transient storing of messages being the highlights. Unfortunately for those who take privacy seriously, Google has not delivered a service that meets these two previously set targets.

As of this morning’s launch, all messages not using Allo’s built-in Incognito mode will be stored indefinitely on Google’s servers. In Google’s eyes, this was the right move, weighing the ability to use people’s conversations to make its Google Assistant feature more intelligent. Like most other machine learning platforms, the more data it has to consume, the better it can serve its users. The issue is, Google claimed this would not be the case when Allo was first introduced.

Now, this is not the end of the world, but the solution to this exact problem is pretty straightforward: don’t use Allo. Allo’s big draw is Google Assistant, with its ability to recognize “pizza” in a conversation and then recommend pizza spots by your location. However, Assistant is not available if you are using the Incognito mode. Therefore, if you want to remain private, complete with end-to-end encryption, you will never get to use Assistant. If that’s the case, then what’s the point in using Allo at all? Frankly, there is none.

Now, if all you are concerned about is the storing of your messages between friends and families, or even your fellow whistleblowers, users can manually delete the messages that are being stored when not in Incognito mode. It’s an extra step you must take, but if you could see yourself enjoying Google Assistant, while also wanting a thin layer of privacy, it’s doable from right inside of the app. Keep in mind, if you plan on doing evil things that would then lead to a police investigation, and you happened to be using Allo, Google’s Terms of Service for the app allows them to turn over any and all data should they receive a lawful warrant request. With all messages stored indefinitely on Google’s servers, unless deleted by you manually, law enforcement will have direct access to them should they request it.

Personally, I myself am not a whistleblower and I don’t plan on committing any acts of terror. Is Allo safe for me to use? Probably. Is it safe for you to use, though? That’s something you will have to define for yourself.

Via: The Verge | @Snowden | @matthew_d_green