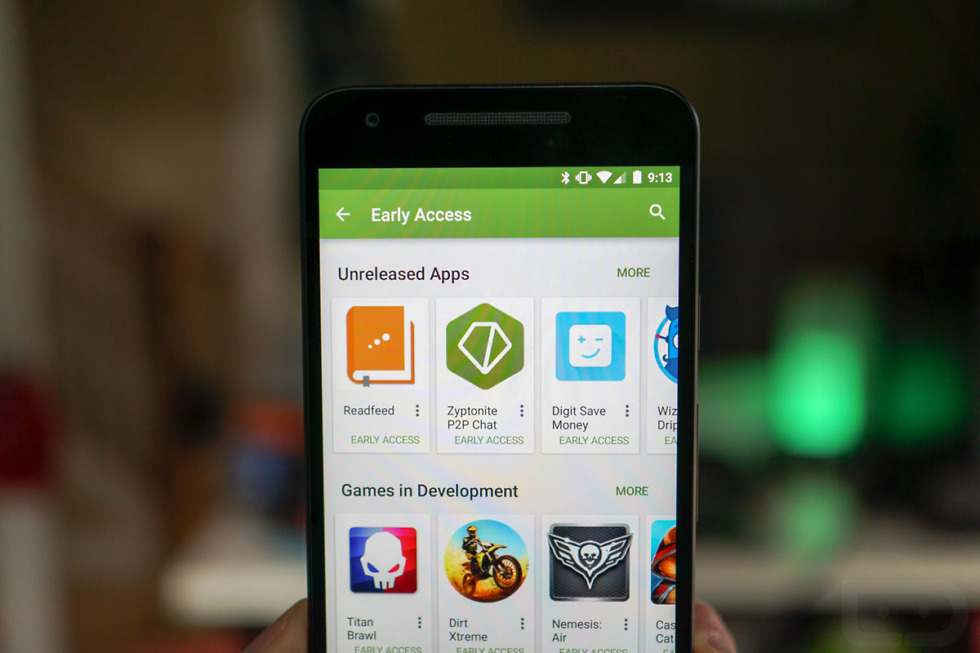 During Google I/O, Google announced a new initiative for developers to help them get testers for their apps or games via Google Play instead of through what could be an expensive external beta test. The initiative was headlined by the Early Access section in Google Play, which initially was a hand-selected set of apps or games from developers that you and I could try out and provide feedback on. The Early Access section went live some time around late June.

Today, Google has announced that they are inviting more developers to participate in Early Access. Google says that they are adding new titles each week and that thousands of users are ready to test your app.

If you are interested in signing up to be a part of the Early Access program, which Google says has allowed more than a million tester installs since launching, you can sign-up here.

If you aren’t a developer and want to test apps, you can do so by opening Google Play on your device and scrolling through the green category buttons on the main app page (see image). 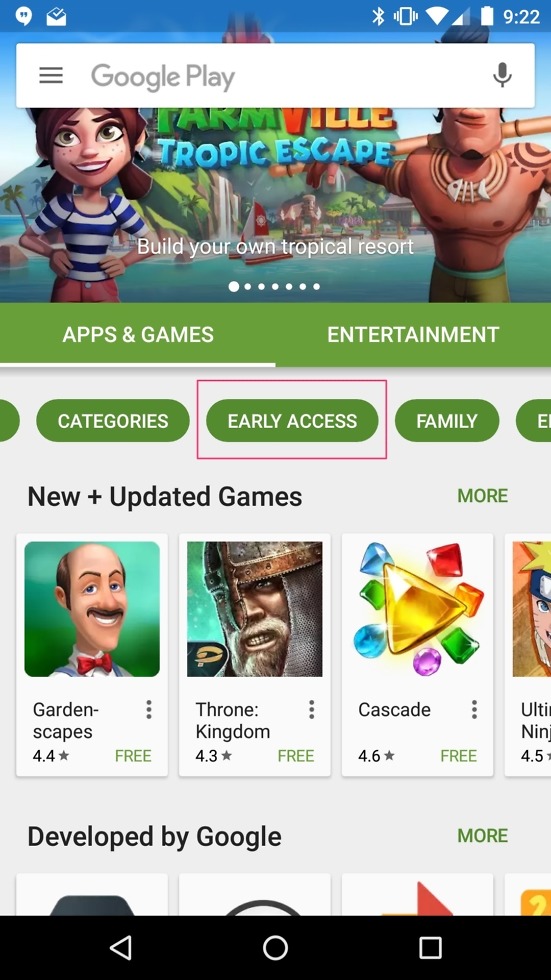