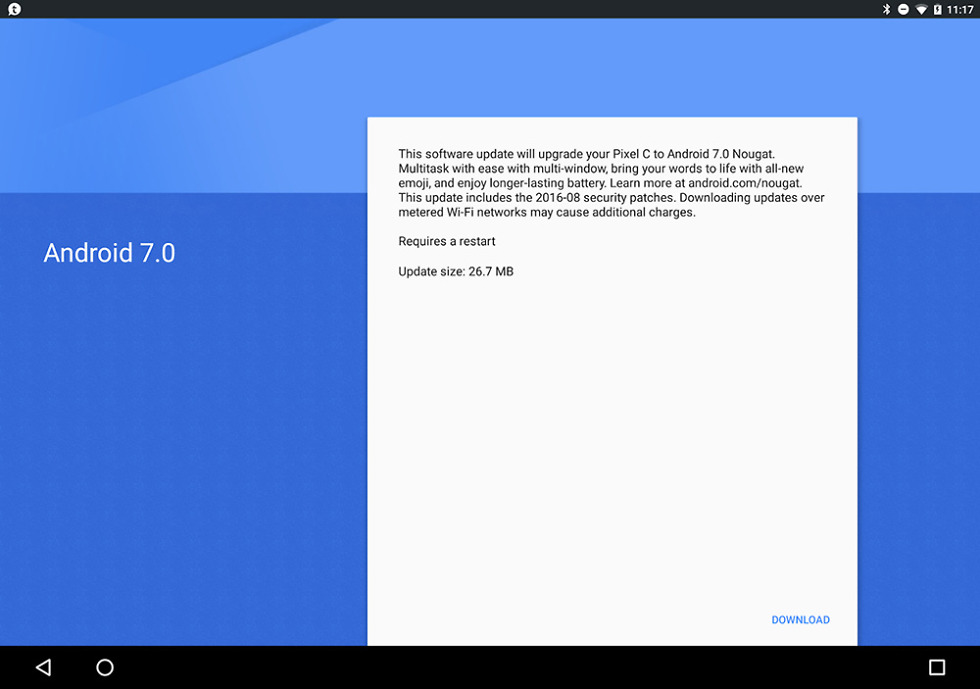 Android 7.0 Nougat is rolling out as I type this, but since Google still hasn’t posted factory images or OTA .zip files, you are probably wondering how you can get the update. The answer is simple – join the Android Beta program and enroll your device.

As of this moment, the Nexus 6P, Nexus 5X, and Pixel C are all receiving the update through the beta, but I wouldn’t be shocked if the Nexus Player, Nexus 9, and Nexus 6 aren’t far behind. Google seems to be pushing each out one-by-one, so your best bet to get the update as early as possible is again, to join the beta.

For those not yet in the beta, just know that the update is a solid 1.1GB. If you are already in the beta and on a developer preview, most of the updates seem to be around 50MB in size.

To join the Android Beta, hit up this link.