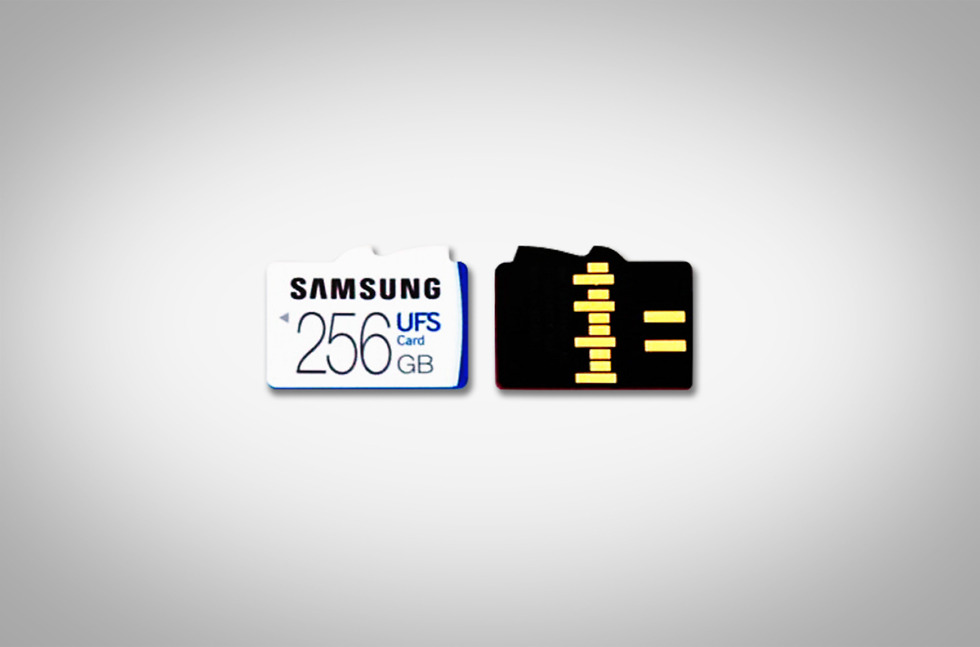 Last week, Samsung announced a new form of removable storage for devices like smartphones, DSLR cameras, action cams, and drones, that put the microSD format to shame. These new cards are built off the UFS 1.0 standard and are at least 5x faster than the microSD cards we all own and use today. By all means, these UFS cards should help to create the new standard for removable storage.

Because we (and a number of you) wanted answers to some of those questions, and because Samsung wasn’t exactly sharing all of that info at the time of announcement, we reached out to Samsung and heard back this morning with the following:

“The new UFS cards are not compatible with the current microSD card socket. However, we have developed a socket design that can support both UFS cards and microSD cards. We are working with different partners in the industry on this integration for next-generation devices.”

With that said, this is obviously new tech and so as Samsung notes in their comment to us, this new socket needs to be adopted by others. They are already working with others, though, “for the next-generation” set of devices.

That could (and we hope it does) mean that the Galaxy Note 7 will be one of the first on the planet to support both. The timing certainly seems right, with the announcement of those cards happening last week and the Note 7 largely thought to be showing up some time in August. After that, it’s anyone’s guess as to when other manufacturers could adopt this Samsung-made socket.