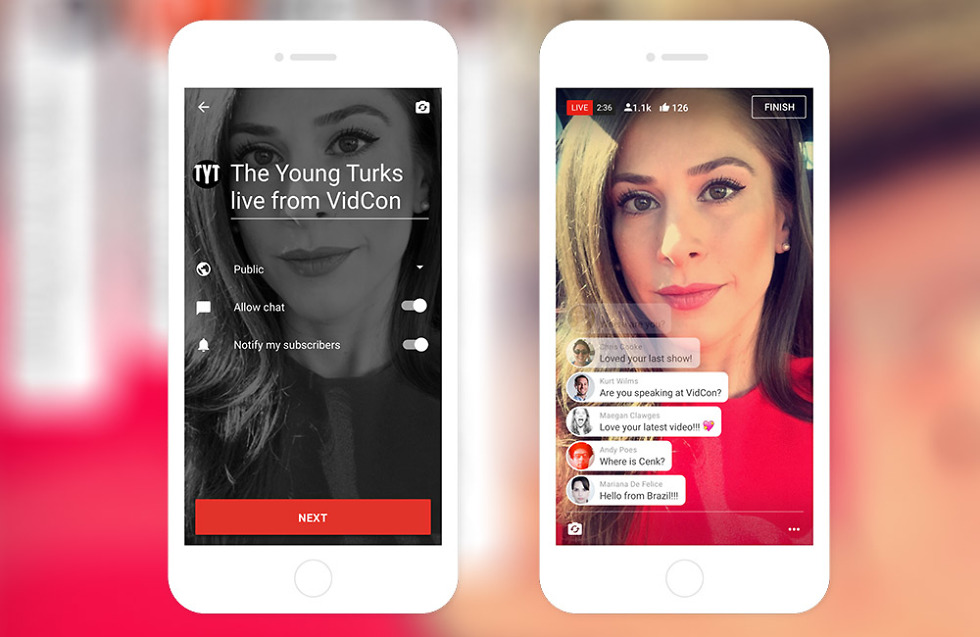 Today, YouTube is joining the party. As a part of VidCon, YouTube and Google announced that mobile live streaming is arriving to a select group of YouTubers immediately and will then rollout “more widely soon.”

To stream via YouTube app, you won’t need a separate app (which is shocking, since this is YouTube we are talking about). All you’ll need is the latest version of the app and a tap on a new “big red” capture button. You can select photos as a thumbnail and broadcast and chat in “near real time.”

Once a stream has finished, the video will be just like any other video in that you will be able to search for them, find them through recommendations, and protect them. Sounds easy, right?

We’ll let you know once the update starts becoming available to all.