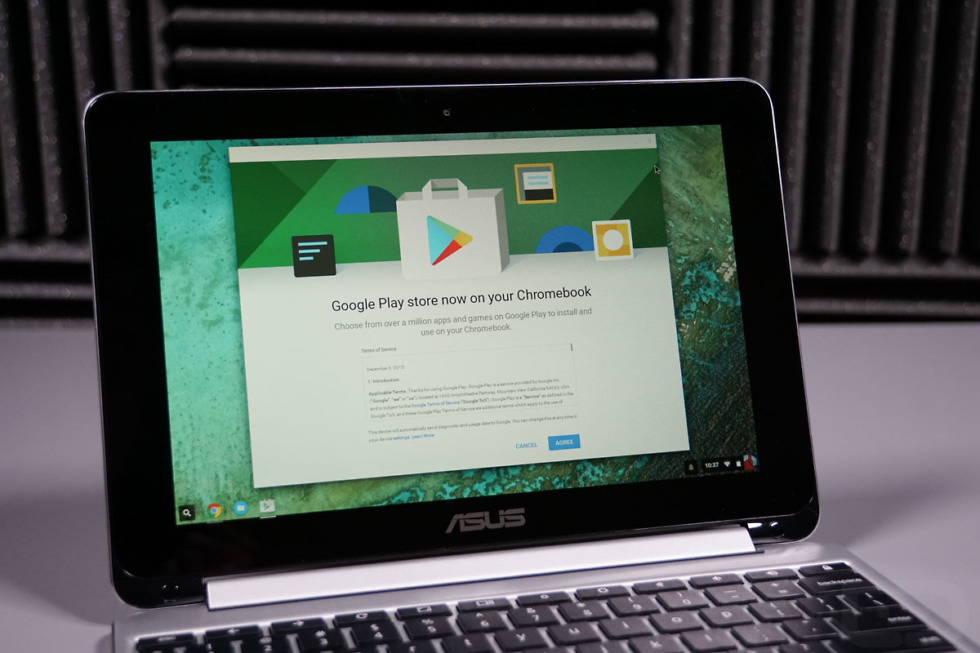 As we noted this morning, Chrome OS 53 is rolling out to Chromebooks, bringing with it Google Play and Android apps. Three devices are scheduled to receive that access this month and the ASUS Chromebook Flip just so happens to be the first to go live. Since we have one in house, it’s only fitting that we take it for a spin to show you just how this whole Android-on-a-Chromebook thing is going to work.

Keep in mind that this is Chrome OS 53 in the developer channel and it is running on the Chromebook Flip, which isn’t exactly the most powerful of computers (2GB RAM, 16GB storage, Rockchip 3288-C). What I’m trying to say is that there will be bugs and slowness – lots of both. Not only that, but things aren’t going to be the smoothest or quickest just yet, since this is the first release and all. Still, this is pretty cool stuff.

In the video below, you’ll see how to get setup with Google Play on your supported Chromebook and take a tour of the store, install an app or two, and then enter a quick walk-through of apps and games up and running on the device.