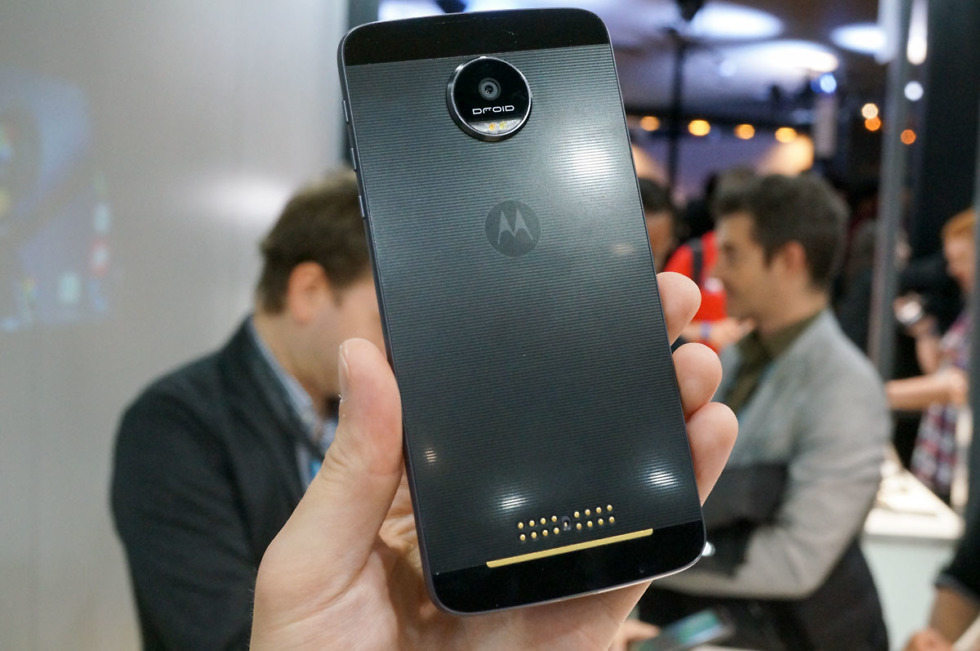 For those more interested in the DROID series of phones, don’t fret, Moto and Verizon did not forget about you. This morning, two new DROIDs were announced, the Moto Z DROID Edition and the Moto Z Force DROID Edition. Is this one of the more confusing naming strategies ever? Yes, it most certainly is.

We took the Moto Z Force DROID Edition for a spin in the hands-on video below, since there is technically not much difference between the Moto Z and Moto Z Force versus their DROID counterparts. To clarify this situation for anyone curious, the Force DROID Edition features the same 21MP rear-facing camera, larger 3,500mAh battery, and ShatterShield display technology as the standard Moto Z Force. The only real difference is the DROID branding and CDMA radios.

In-hand, the Force and Force DROID Edition are noticeably thicker, but still quite thin at 7mm. In addition, regardless of which model you choose, all of the announced MotoMods will work just fine. Like on all of the other devices announced, the Force and Force DROID Edition feature USB Type-C, but lack a 3.5mm headphone jack. This will require you to use Bluetooth for audio out or a Type-C to 3.5mm adapter.

Currently, no pricing or exact availability has been announced by Moto or Verizon.

Check out our first look and hands-on video below, then shoot any questions you may have in the comments section. I’ll field as many as I can. 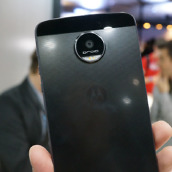 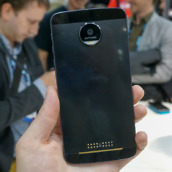 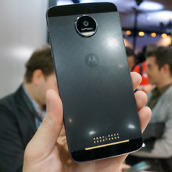 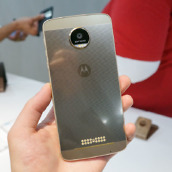 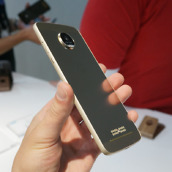