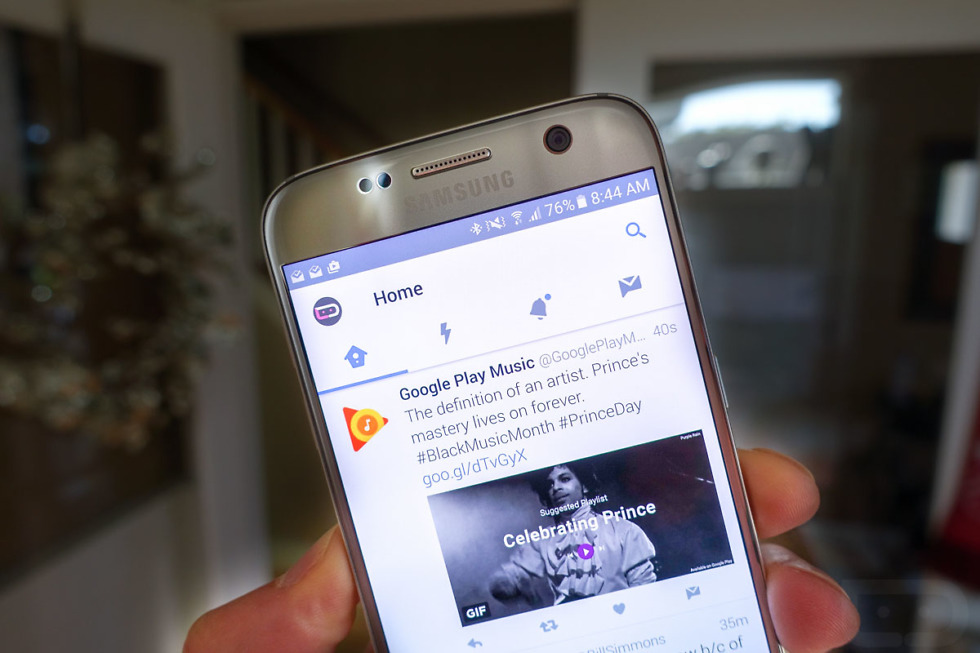 Twitter for Android is getting a major update today that introduces a new UI to better align with “the best of Android.” That really just means that Twitter is ditching their previously confusing UI for a column-style approach that can be swiped through, a navigation drawer, and a floating action button (FAB) for spamming off poop emoji in a hurry.

This update has actually been in beta for a few weeks and I have had a chance to play with it quite a bit. It is 100% an improvement over the previous versions of Twitter that I always found to be a confusing mess to use. I wonder if Joaquim (of Falcon Pro fame) had anything to do with the update? Hmmm. Hmmm. (Looks below at animated GIF) HMMMMM.

As you can see, you now have columns for home timeline, moments, notifications, and direct messages. A swipe from side-to-side gets you in between each, plus you can slideout a left-situated navigation menu to get into Highlights, lists, and your other accounts, assuming you have any. Want to send a new tweet? Hit that FAB, bruh! Yes, that would be the little floating blue circle in the bottom right corner

Twitter tells us that the update is rolling out globally to everyone today. Be sure to grab that update.