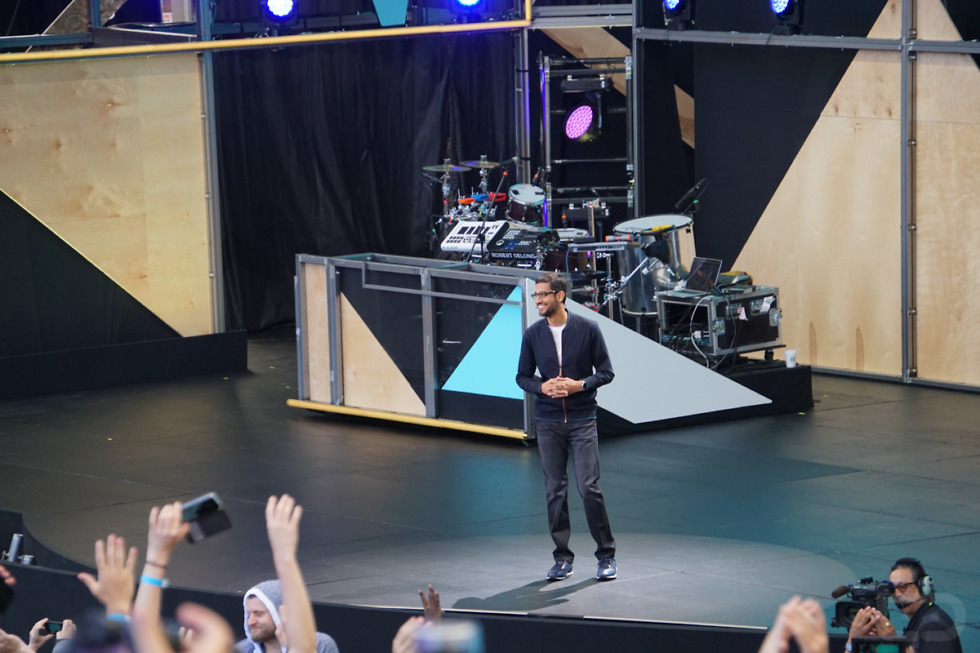 With the launch of the Nexus 6P and Nexus 5X, I think it’s safe to say that Google was trying to tell us that it is now taking its Nexus products seriously. They created two phones for the first time in a single year at two price points to give consumers choice. They then put them up for sale all over the place, making them much more accessible than in the past, and are constantly running regular discounts on them through promotions to tempt you into buying one. It’s pretty obvious that Google wants you to buy their phones, to see their vision for Android, and hell, get updates when you are supposed to get updates.

To further hammer that point home, Google CEO Sundar Pichai sat down at Recode’s Code Conference today to discuss some of the recent Google I/O happenings, but also to talk about Nexus.

The chat lasts for a solid 30 minutes or so, but at the 20:30 mark, Walt Mossberg (of Recode) starts talking to Pichai about hardware, including Nexus devices. Sundar doesn’t shy away in suggesting that Google is 100% “investing more effort” into the Nexus line. Walt, who won’t give up on his tired, long-standing theory that Google should become like Walt’s favorite company, Apple, and build a phone from the bottom up, pushes for what that means.

Sundar reminds Mossberg that the Nexus line is not about them building their own hardware (it never has and probably never will be about that), but about partnering with companies like Huawei or LG. By “investing more effort,” Sundar says that they see areas where they could “thoughtfully add more features on top of Android or Nexus phones,” because there is a “lot of software innovation to be had.” He also mentioned Google being “more opinionated about the design” of the Nexus line.

For Nexus fans, this is exactly what you want to hear. Google’s Nexus devices have gotten quite good recently, so to hear them flexing even more muscle over design, while upgrading the feature set to be more than just stock Android is exciting.

To see the full interview, head over to Recode’s Facebook page. To jump to the Nexus talk, head to the 20:00 mark.