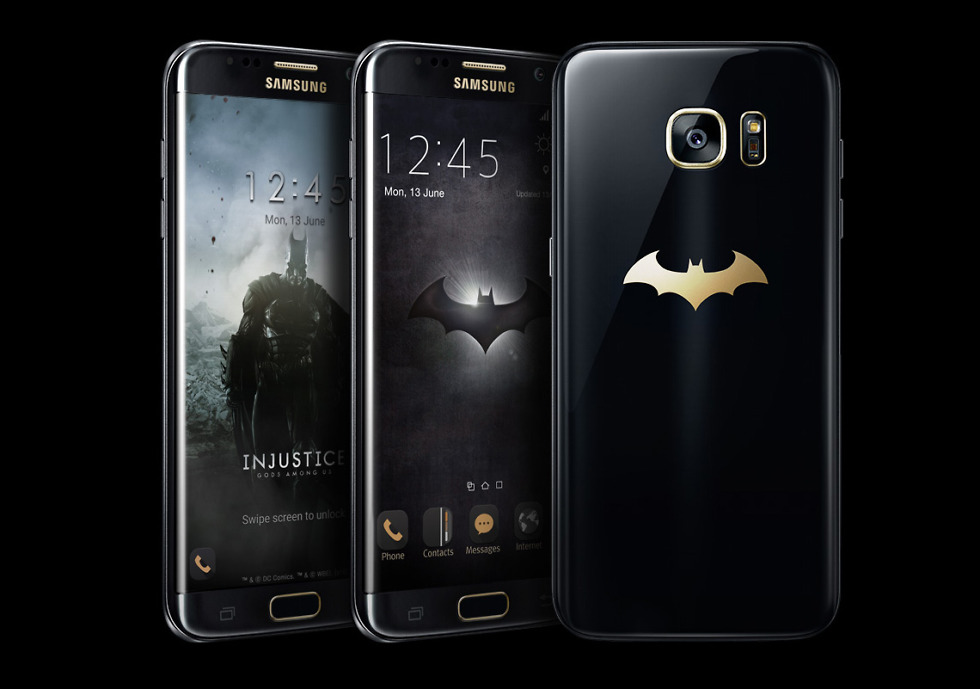 The Batman themed Galaxy S7 Edge that Samsung teased earlier in the day is now official and fully unveiled. As we mentioned earlier, the partnership is based on the game Injustice: Gods Among Us, but from this “unboxing” video, it’s clear that Samsung and DC spared no expense.

In the clip, we get to see a Bat symbol emblazoned box with both Galaxy S7 Edge and “Injustice” branding. Inside, Samsung is showing off a gold plated Bat symbol accessory that matches the branding on the back of the gold and black phone, specially themed Gear VR unit, and matching case. There are headphones in there as well, though they aren’t shown outside of their box.

As predicted, parts of the UI have been themed to play into the collaboration, including skinned icons, lock screen, always-on display, and dialer. TouchWiz has themes these days, so it’s more than likely just a special edition Batman theme.

Yeah, it’s hot and we need one now.