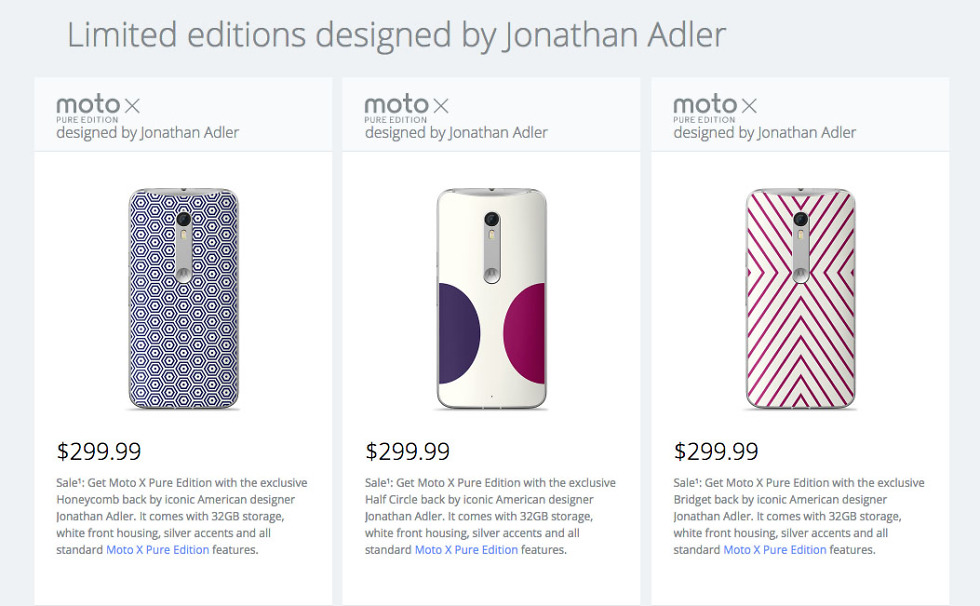 The special edition Moto X Pure Edition, which was designed by Jonathan Adler (No idea who that is either…), is now just $299 from Motorola. That’s a solid $175 discount on a phone that was probably meant to be a limited run, sell-them-quick-through-hype, type of phone. Since that must not have gone to plan, you can grab one for super cheap!

We aren’t sure how long the deal runs or if it’s just until they finally sell out of them, but you may want to act somewhat quickly.