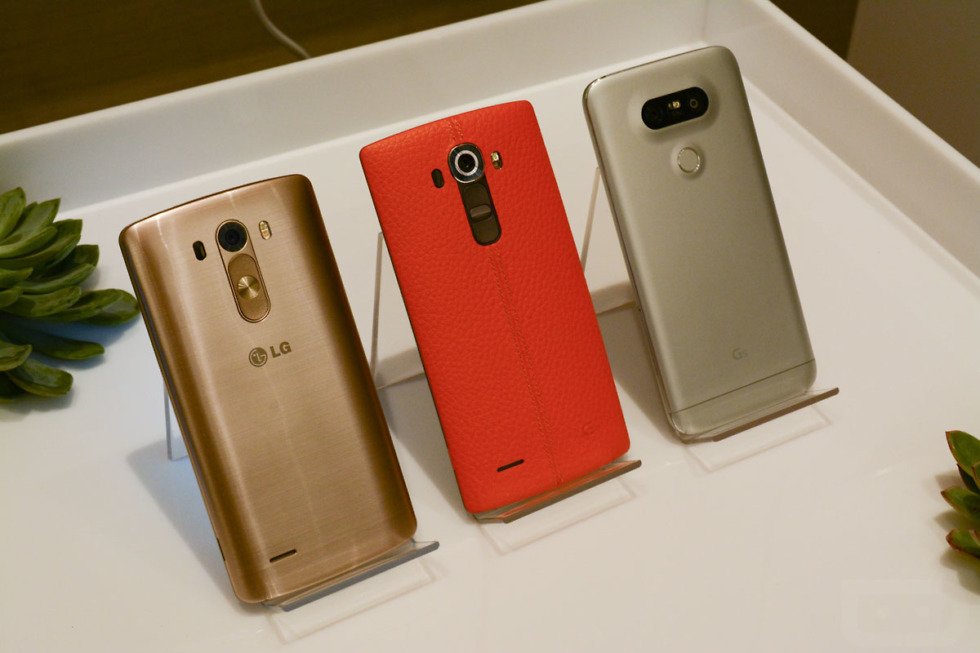 I mention this in the hands-on comparison video of the LG G5 vs. G4 vs. G3 below, but I’ll say it again here – you just don’t see phones make this big of jumps from one year to the next very often anymore. LG should be applauded for what they have accomplished over the last 10 or so months to get to the G5. The G5, by all means, is a massive upgrade over the G4, which was a very good phone in its own right.

From the G4 to the G5, we have gone from a cheapish plastic build with questionably sourced “leather,” to a phone that is so perfectly put together in an all-metal unibody casing. The processor isn’t Qualcomm’s 2nd tier and is instead the true flagship Snapdragon 820. It has all of the RAM you could ask for (4GB), a fingerprint reader, buttons in correct places, dual cameras that may be more than just a gimmick, potential for modular expansion, and a next-gen QHD LCD that has an always-on display. It just doesn’t get much better than this.

Below, you’ll find a quick comparison clip of the G5 to the G4 and G3. We’ll go more in-depth later on, but for now, tell me what you think. Is the G5 a big enough upgrade?