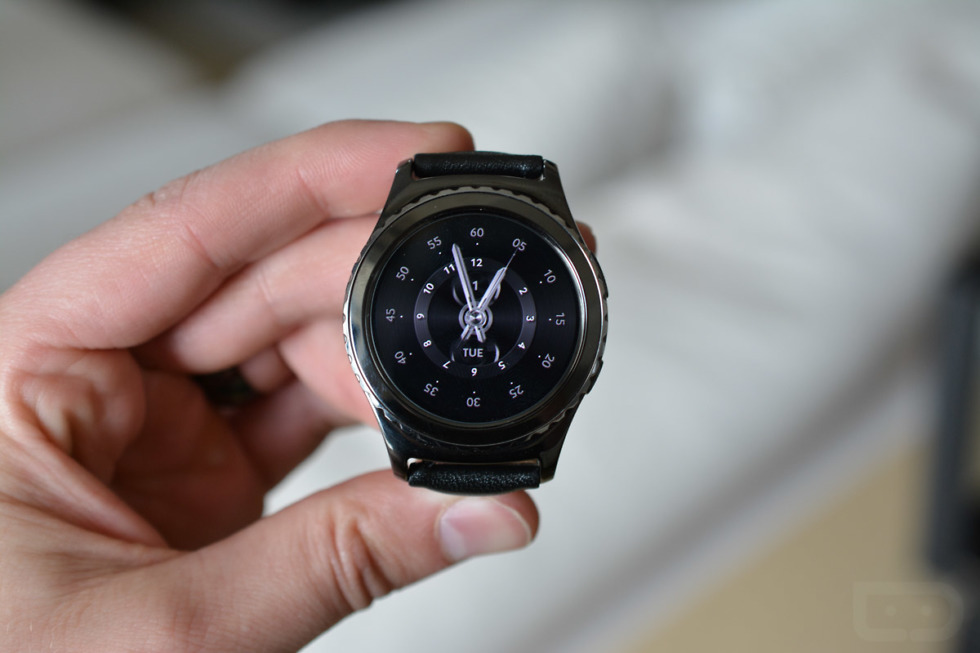 Samsung’s Gear S2 Classic will soon be available as a 3G/4G model at carriers in the US including Verizon, AT&T, and T-Mobile. The device should arrive as early as March 11.

With a 3G/4G connected experience (4G is HSPA+ in this situation, not LTE), the Gear S2 Classic is capable of carrying on text conversations, receiving/placing calls, sending/receiving emails, and being prompted with other notifications, all without a phone nearby. The watch has an embedded SIM that allows it to stay connected to networks as a stand-alone device.

Each carrier will likely charge an arm and a leg for the device or force you into some sort of contract to give it service. At this time, none of the carriers have provided pricing. However, it should arrive shortly, since March 11 is only a few weeks away.

As a recap, the Gear S2 Classic is the classicly-styled smartwatch from Samsung that runs their Tizen OS. It sports a 1.2-inch Circular Super AMOLED display (360×360), dual core processor, 4GB storage, 512MB RAM, IP68 dust and water resistance, NFC, Bluetooth, WiFi, and a 300mAh battery that can last from 2-3 days.