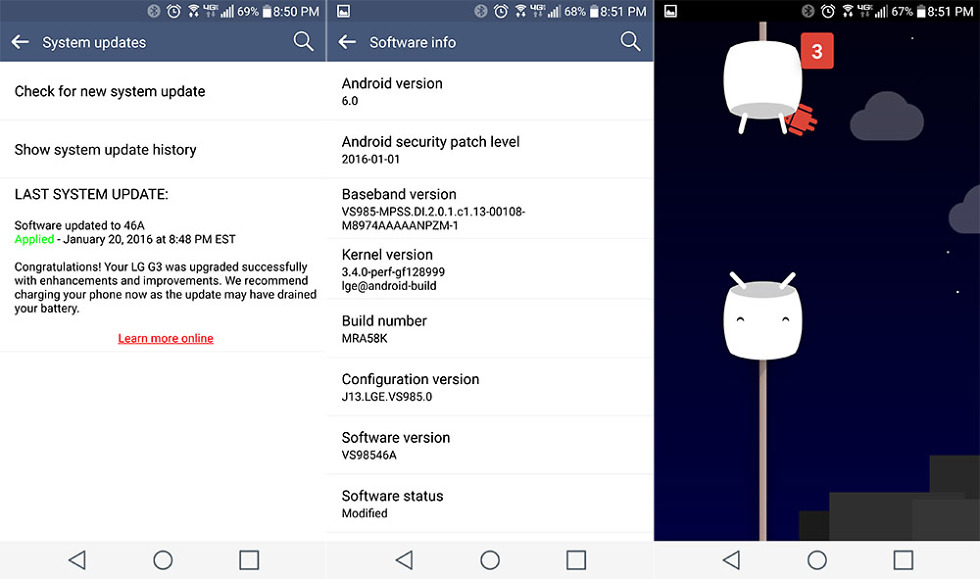 Last night, a couple of lucky LG G3 owners on Verizon received a fluffy white treat by way of software update. The update appears to be Android 6.0 Marshmallow and software version 46A or VS98546A.

At this time, Verizon hasn’t said anything about an official rollout, nor have they updated their software page for the G3. We also can’t tell how many owners of this phone (assuming there are many left) actually received the update. The first reports of it arriving were last night around 7PM Pacific, but we aren’t seeing any new reports this morning. It could be that the update slipped out to a few and is still very much in testing.

So what’s new? Users should see Google Now on Tap, new impressions controls, Doze battery management, and easier text selection. Outside of those features, we won’t know until we get the update and see a more thorough walkthrough than the handful of screenshots floating about.