It would appear Samsung is preparing yet another wearable for the global market, one more targeted to fitness tracking enthusiasts, according to a leaked set of photos. Much like the Gear S2, the SM-R150 is equipped with a round display with the same rotating bezel. However, at least from what the leaked pictures show, you can detach the body of the watch from the straps and place it on your clothing during workouts or running if you choose.

Reported to possibly feature Samsung’s new Bio Processor, the wearable appears to be able to count repetitions (reps) in a workout, as well as liquid intake. Detailed in one of the photos, the Body Equalizer looks to display weight data, fat data, and even waist measurements.

At this time, there is no information regarding a price, but if Samsung decides to make it a pure activity/fitness tracker, leaving out more of the smartwatch features (notifications, phone calls), it could launch with a lower price tag, making it a good competitor to devices from Garmin and Fitbit.

With MWC coming up, it’s possible this device could see an unveiling, or at least a tease. 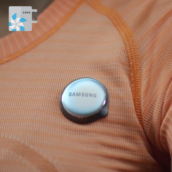 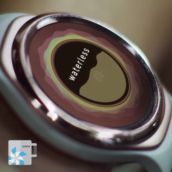 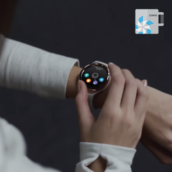 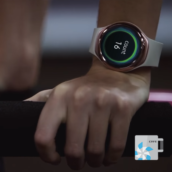 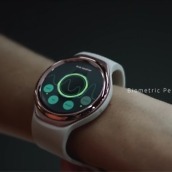