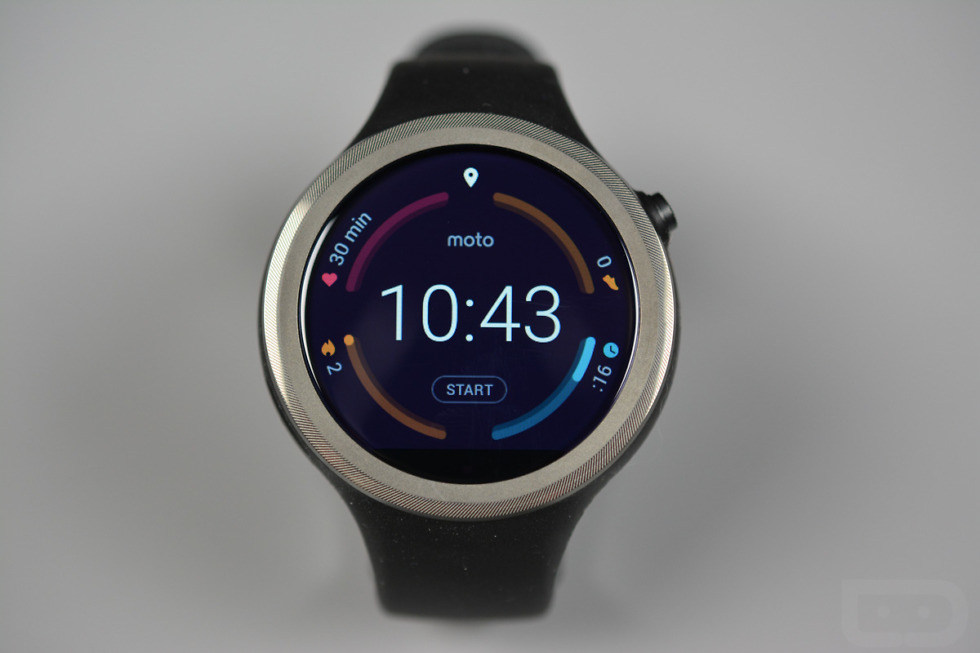 The Moto 360 Sport, Motorola’s latest take on a sports-focused smartwatch, arrives here in the next couple of weeks. We are fortunate enough to now have one in house, so we thought we would unbox it and share some initial impressions. After all, this is the first time anyone has really used a live, real, model, since Motorola would only let us play with dummy units back when this watch was first introduced.

So what is the Moto 360 Sport? It’s a $299 fitness-focused Android Wear-powered smartwatch from Motorola that arrives in the US on January 7. It’ll hit the UK later this week.

This watch sports a 1.37-inch LCD display with AnyLight Hybrid tech, which is a display that should look great or at least function well in both indoor and outdoor lighting. It runs a 1.2GHz quad-core Snapdragon 400 processor and has 512MB RAM, 4GB internal storage, 300mAh battery, heartrate sensor, and a GPS. Yes, a GPS. This watch should be good for taking off on a run without your phone. It also has IP67 water and dust resistance, a 45mm case, and a silicon band that is sweatproof.

After unboxing it, I’d have to say that it reminds me a lot of the Samsung Gear S2, probably because of the silicon band and round body. The display seems to be OK, though it needs much heavier analysis before I can say much else, especially since it is using this new AnyLight tech. It fits well, is nice and light, and should be a solid workout companion, assuming the battery life gets that “full day of mixed use.” 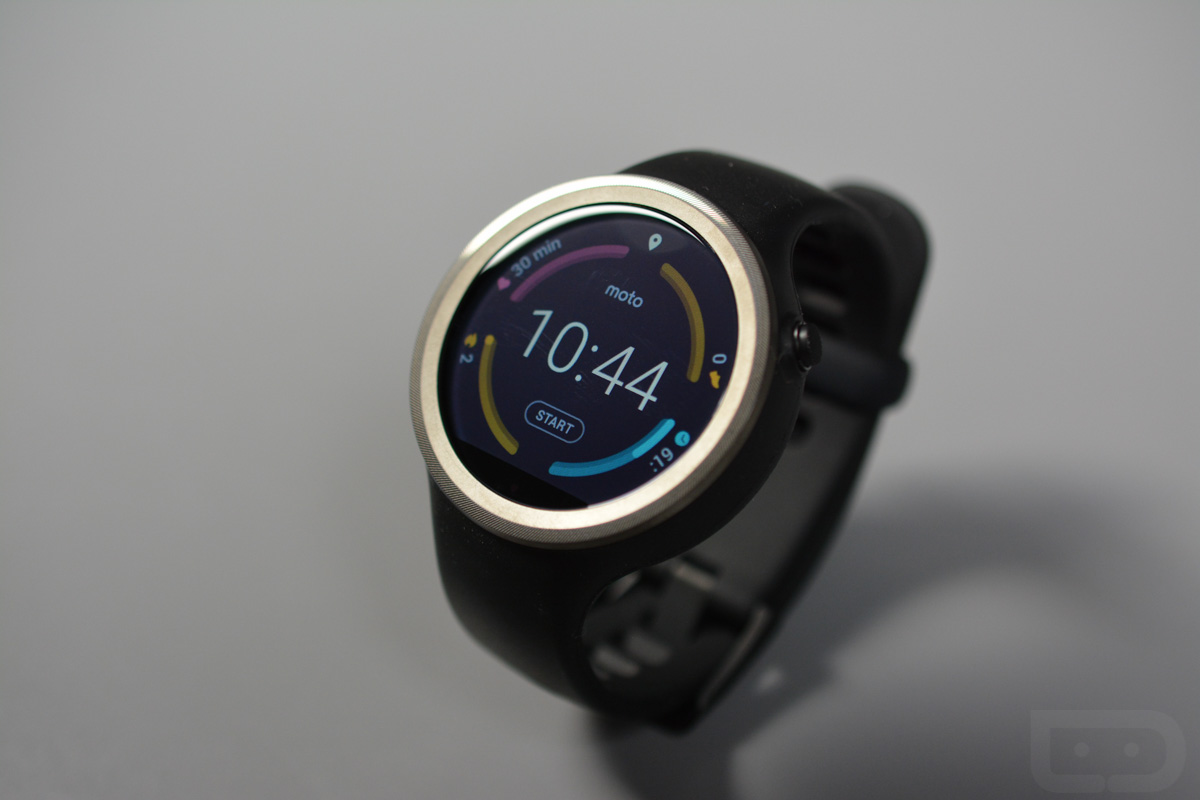 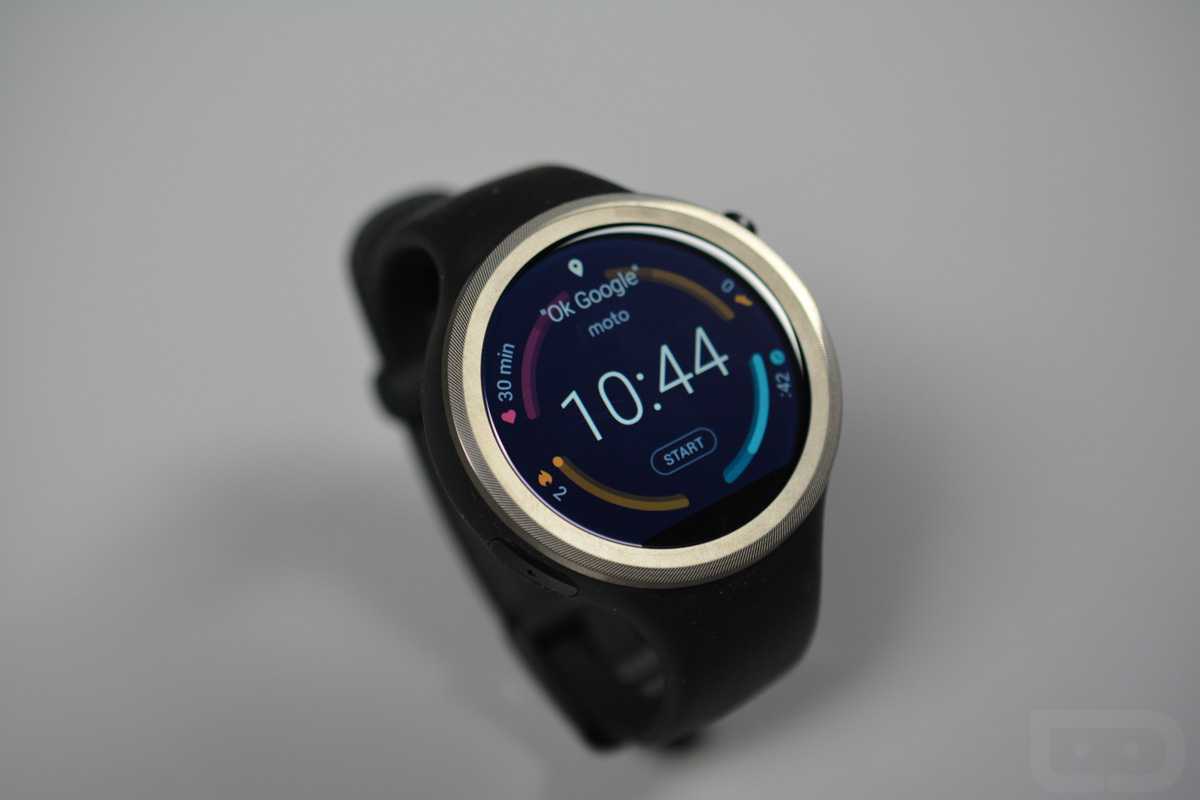 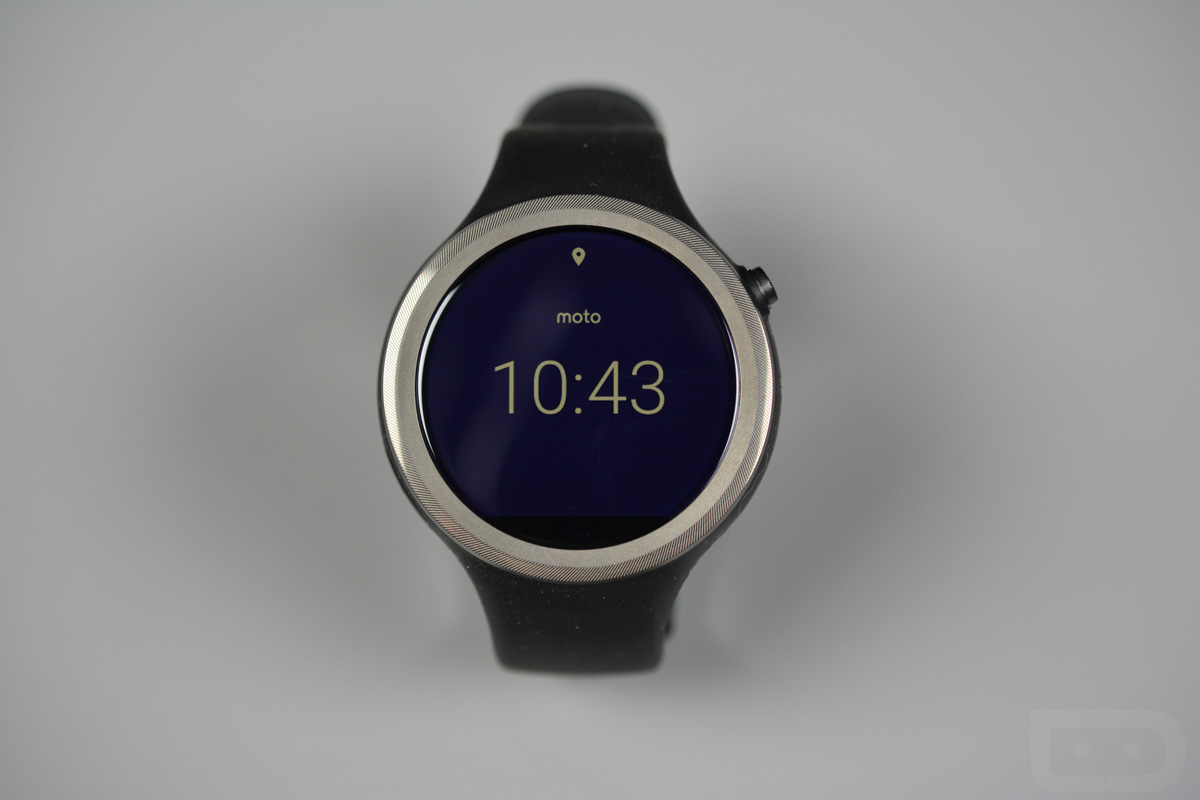 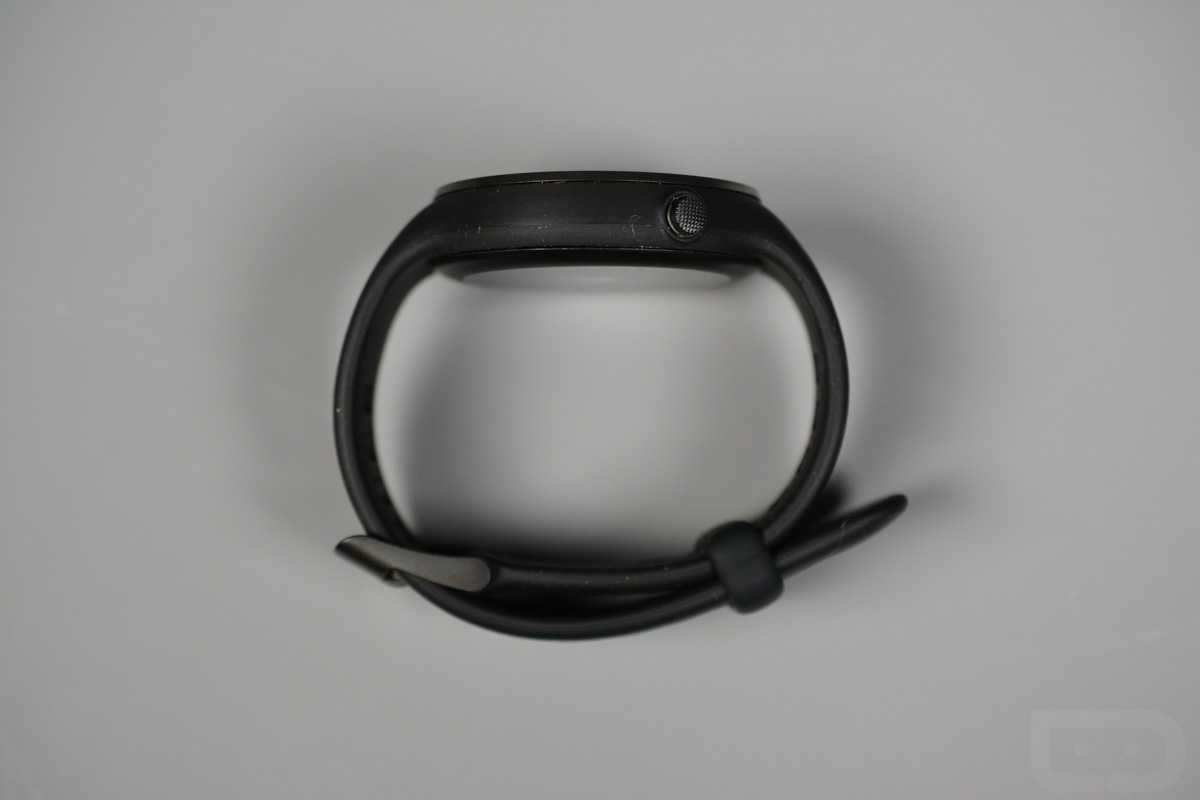 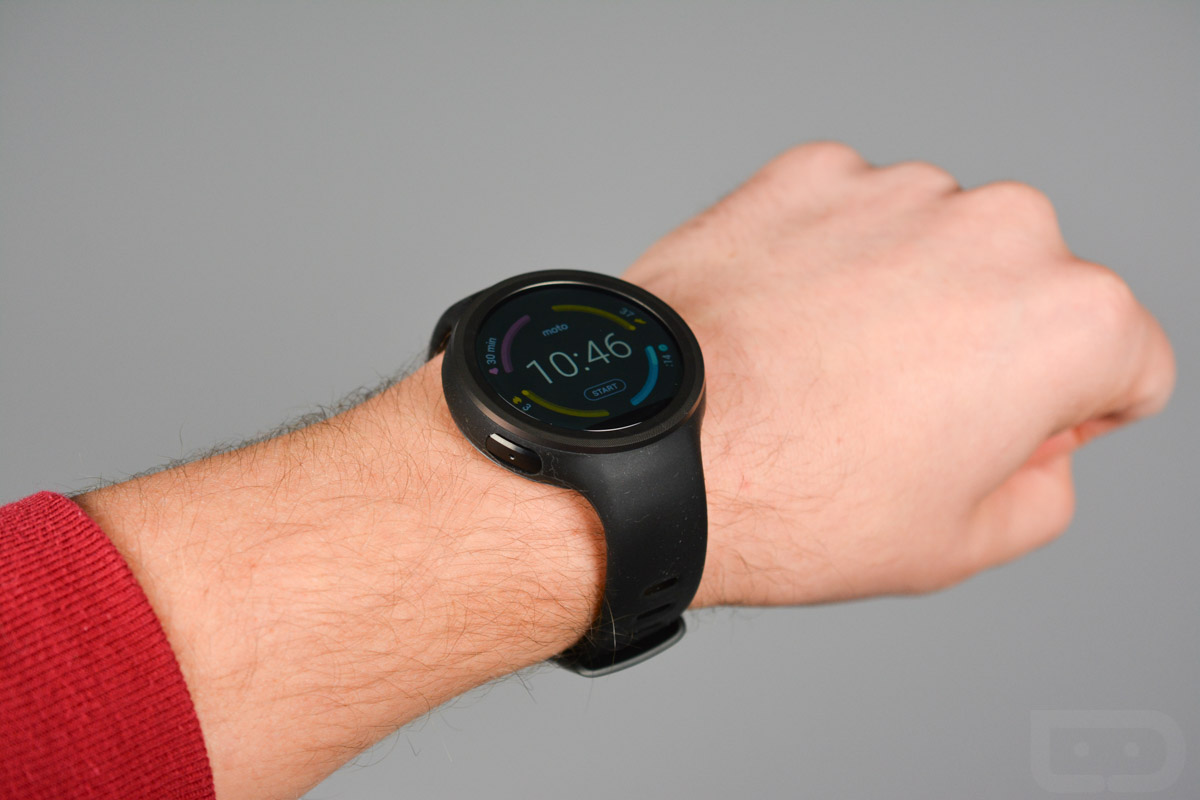 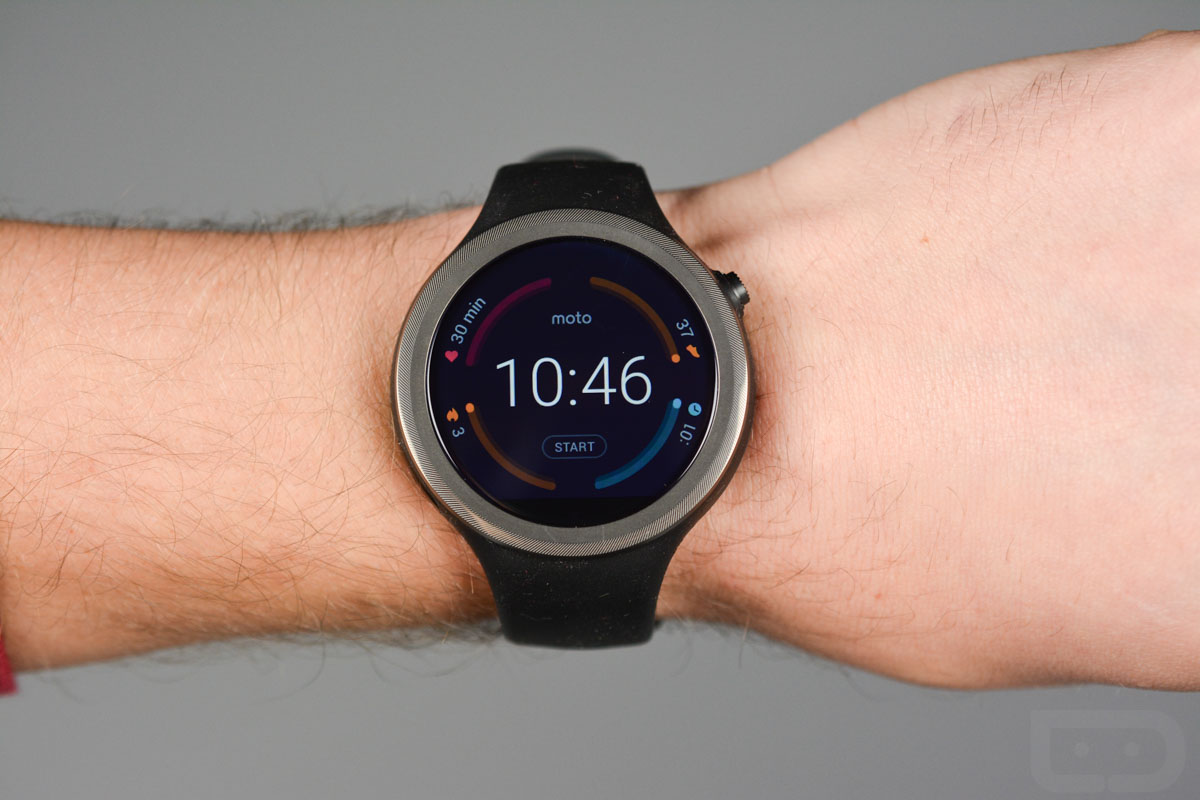