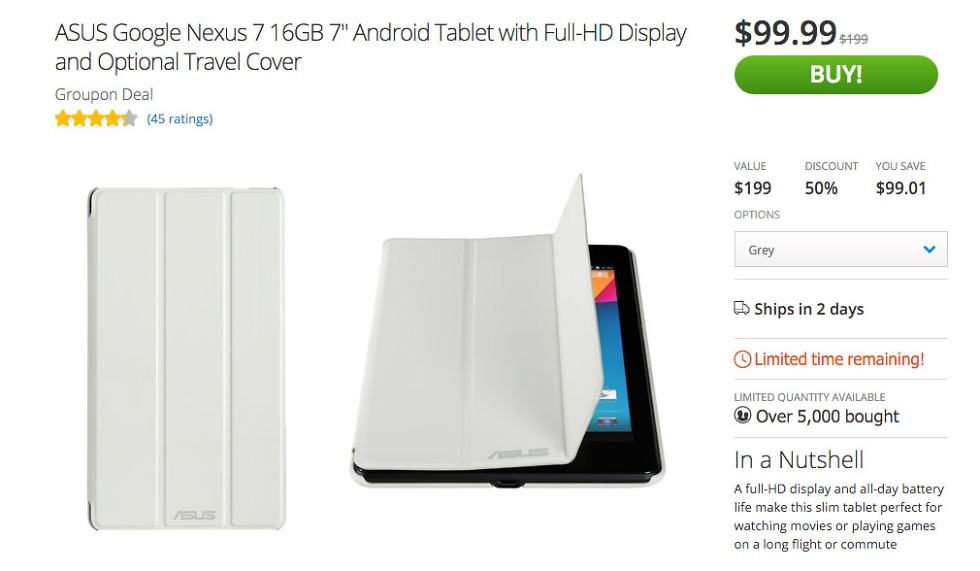 Look, this may seem like an odd deal to share, since the Nexus 7 (2013) is over two years old, but Google is still supporting it! This is one of the few tablets on the planet that is already running Android 6.0 Marshmallow. That’s a big deal, especially knowing you can pick one up for just $99 at Groupon.

Groupon is currently selling the device with 16GB of storage in “new” condition. They are also tossing in a travel cover in a variety of colors at no extra cost and providing free shipping. See, that’s a deal even on a 2-year old tablet.