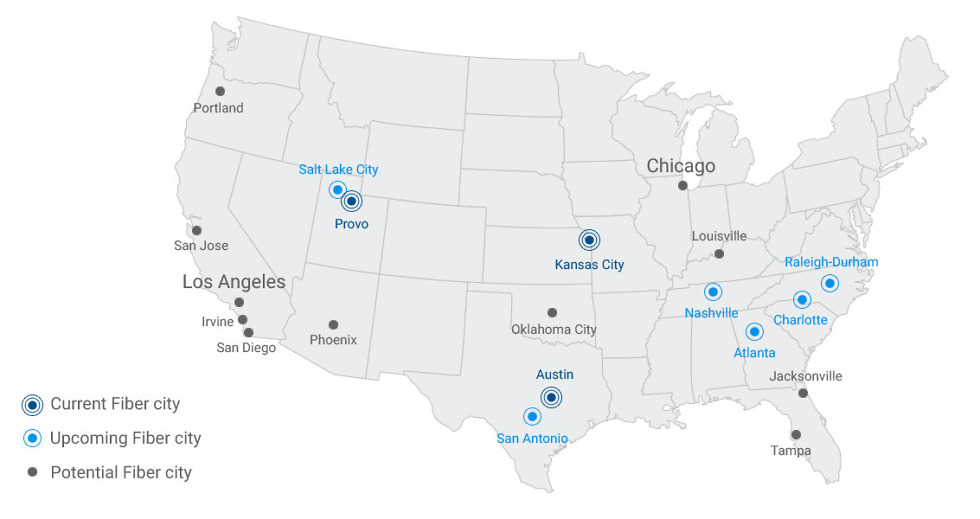 Two of the largest metro areas in the United States have been officially invited to explore the option of embracing Google Fiber. The Google Fiber team has started the inquiry process with Los Angeles and Chicago, in an effort to bring gigabit internet speeds to a combined 6 million+ people.

Posted this morning to the Google Fiber blog, the two enormous cities are officially on the clock if they want to offer this internet service to its residents. In the post, the Fiber team said that it has been working to refine the process, and now feel comfortable to attempt to bring it to two of the largest cities in the United States.

This is a very preliminary stage of the Fiber rollout, so it could be a while before residents of these cities see sign-ups begin, but the Fiber team said it is talking to city officials to see what can be done. Past cities have been offered three pricing options for Google Fiber, including a free basic internet tier, Gigabit internet, and Gigabit internet + TV. Monthly pricing and installation costs are usually announced once rollout is closer to completion.

In the post, the Fiber team “can’t guarantee that we’ll be able to bring Fiber to Chicago or Los Angeles,” since something this size is, “a huge undertaking.” Nevertheless, it’s an exciting prospect for both of these metro areas, so be sure to let your city leaders hear it if you live in those areas.